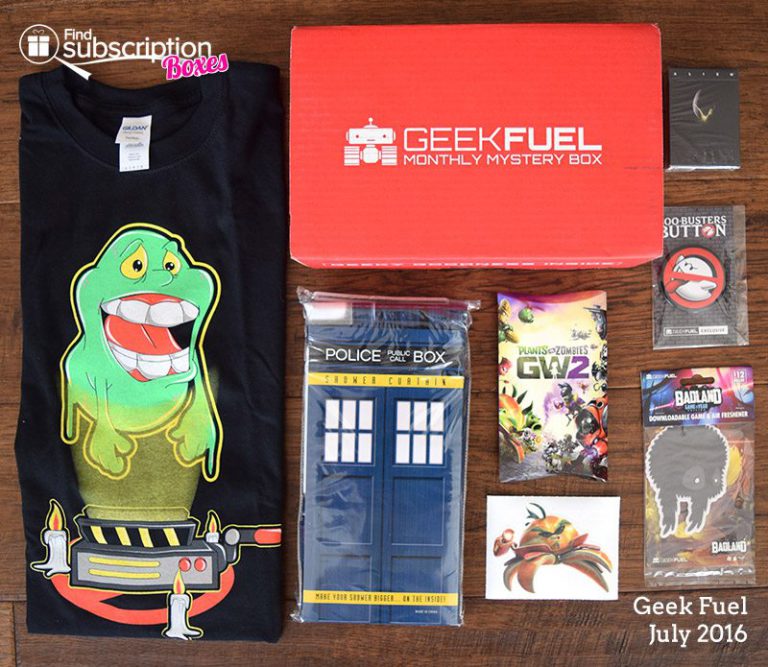 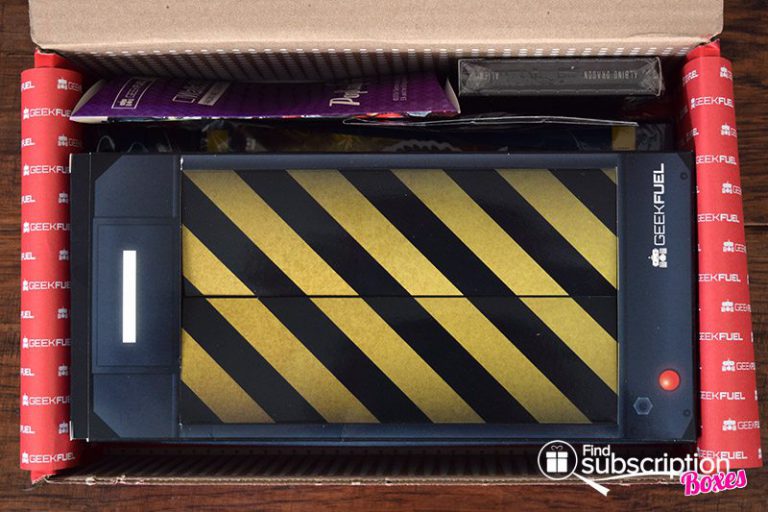 Inside the July 2016 Geek Fuel Box

There were 6 geek goodies in our Geek Fuel July 2016 geek box.

July’s Geek Fuel delivers mystery geek items featuring current blockbuster movies. By far, the Doctor Who Shower Curtain was one of our favorite items. How did they know we needed a new shower curtain that is totally geek chic? For another touch of geek decor, the Plants vs Zombies GW2 wall decal is another fun twist. It’s really nice that in can be easily removed an positioned so you can easily move it to another spot if you want.

The recent reboot of Ghostbusters has caused a lot of controversy. Whether you’re a Ghostbusters purest or a new fan, both of the Ghostbusters collectible in July’s Geek Box are winners. Slimer is one of our favorite Ghostbuster ghosts, so it was great getting a fun t-shirt featuring Slimer and a ghost trap. The Boo-Busters button is a cute geek accessory that’s great for any Ghostbusters fan.

The artwork on the Alien Playing cards is really unique and detailed. It’s the perfect deck of cards for your next geek-themed poker night.

We’ve seen the Badland video game on Steam and can’t wait play this award-winning game. Here’s a look at the Badland “Game of the Year Edition” Trailer:

What was your favorite Geek Fuel July 2016 geek item?

The first Geek Fuel August 2016 box spoiler has been announced!