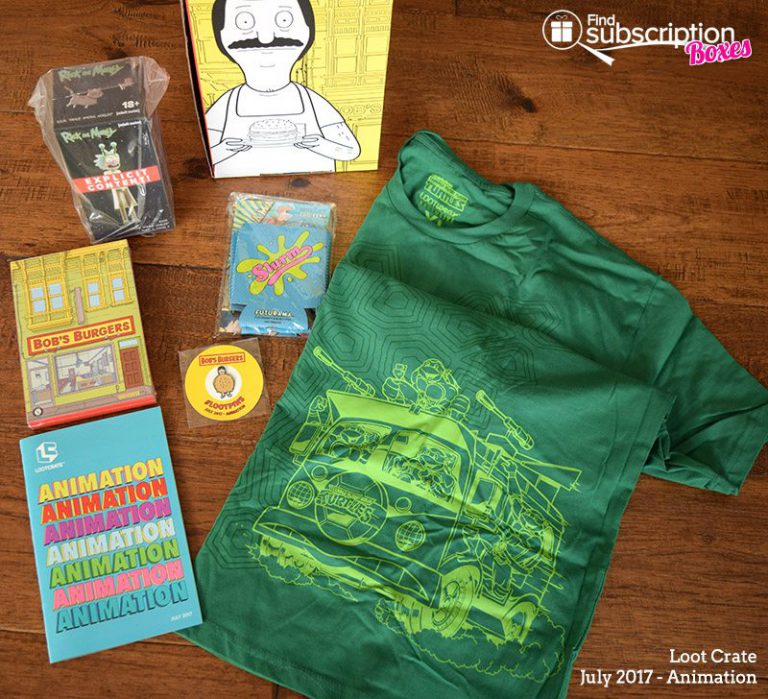 Loot Crate includes a colorful brochure that details that month’s themes and collectibles. This is the last month with the magazine format – the magazine is going digital starting in August. Loot Crate also provided clues for the monthly Secret Order of Keys challenge. Looters use the clues and that month’s loot to solve the puzzles for free bonus loot in their next crate. 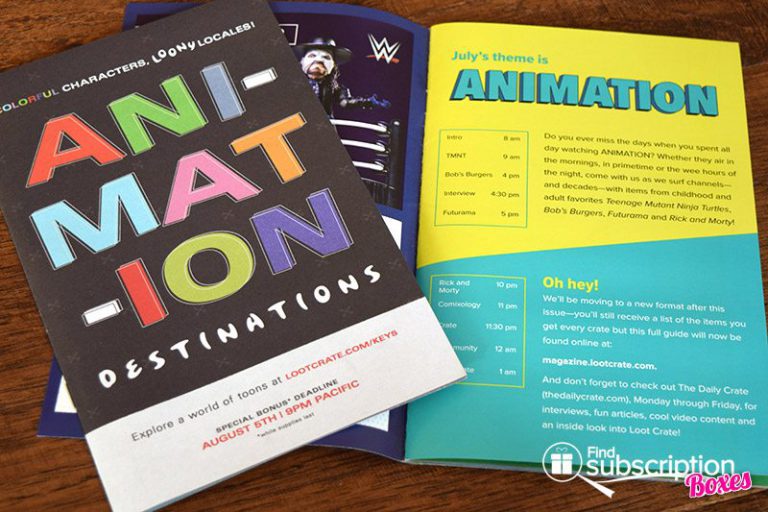 Here’s a first look inside our Animation Loot Crate. 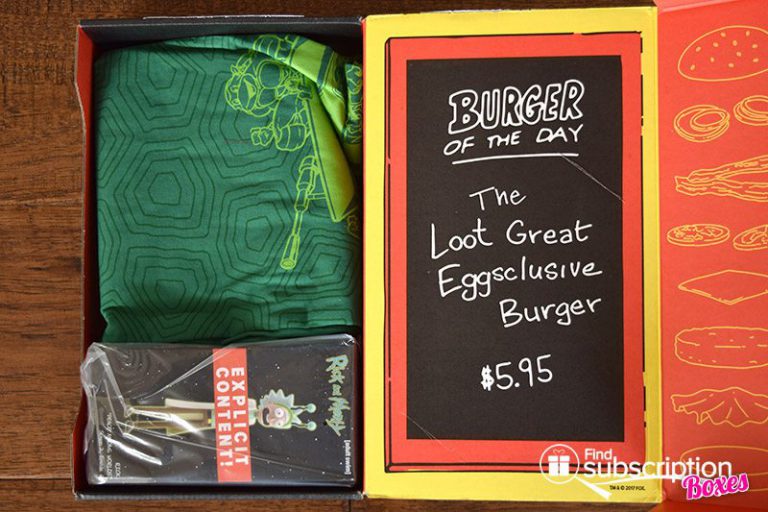 There were 5 geek and gamer collectibles in the July Animation Loot Crate.

The July 2017 Loot Crate Animation crate helped bring back the fun and comical side of some of our favorite animated series. Kicking of the Animation Loot Crate is the exclusive Teenage Mutant Ninja Turtles t-shirt. This green tee has a turtle shell outline in dark green across the front. The left corner of the shirt shows the turtles on a wild ride on their van.

July’s Loot Crate figure is an exclusive Rick and Morty figure. From Season 2, Epiode 6, the figure depicts Rick showing Morty the “greeting” he taught to the citizens of the tiny planet he created. While the greeting is censored in this world, on that planet it means “Peace Among Worlds.” The base of the figure is designed to look like the Slow Ramp. This is the first Loot Crate made figure included in any Loot Crate and is designed with the same detail as their Halo Icons figure line.

For the gourmet geeks, the Bob’s Burgers recipe cards are a great item. These colorful recipe cards have punny recipes, including vegetarian options. Now you can cook up your favorite “Burger of the Day”, like a “Parsnips-Vous Francais Burger” or the “Do The Brussel Burger.” July’s box folds into a stand with slots to hold the recipe cards.

Slurm is a popular and highly addictive drink in Futurama. Now you can keep your own favorite canned beverages cool this summer with the brightly colored Slurm Koozies.

Which was your favorite July Loot Crate Animation crate collectible?

Make sure you check out the Loot Crate August 2017 box spoilers for a sneak peek into this month’s geek and gamer box!