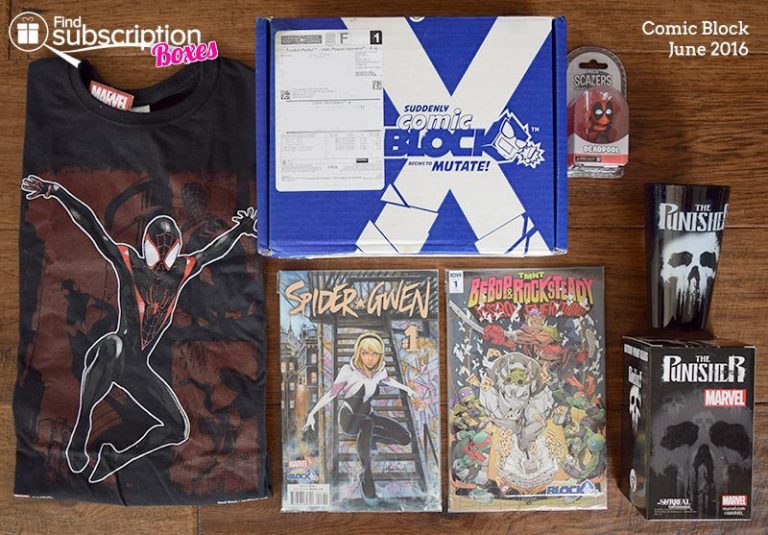 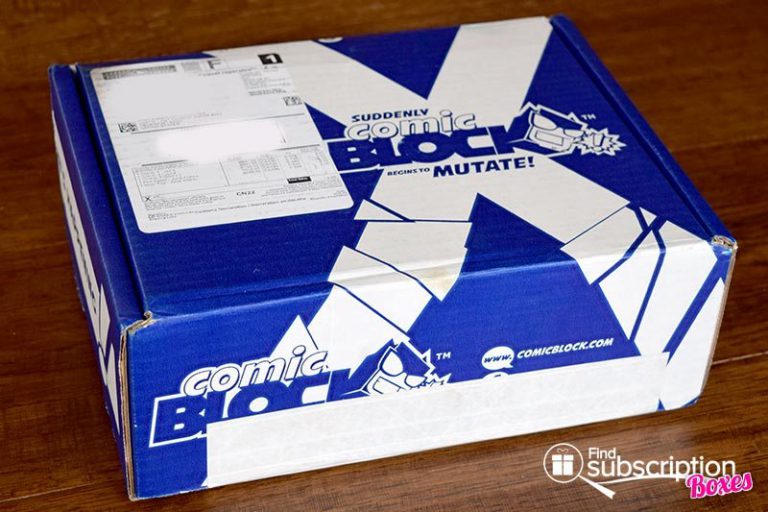 Comic Block includes a product card describing each of the comic book collectibles in the monthly comic box. 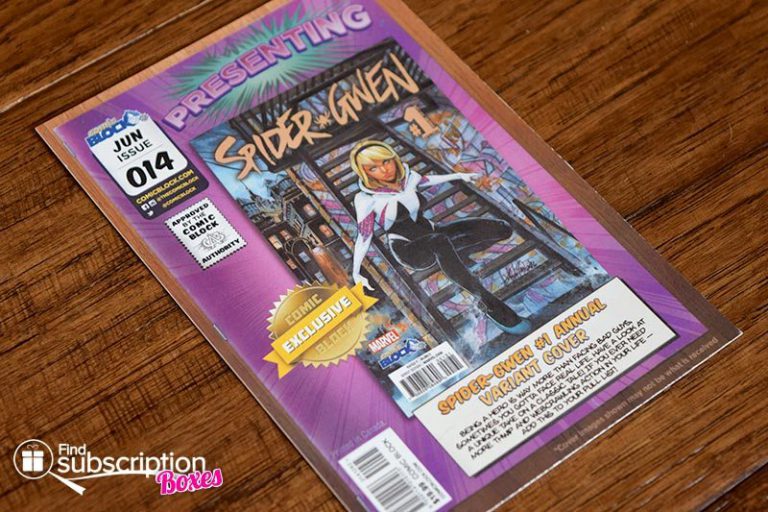 Here’s a first look inside our June Comic Block. 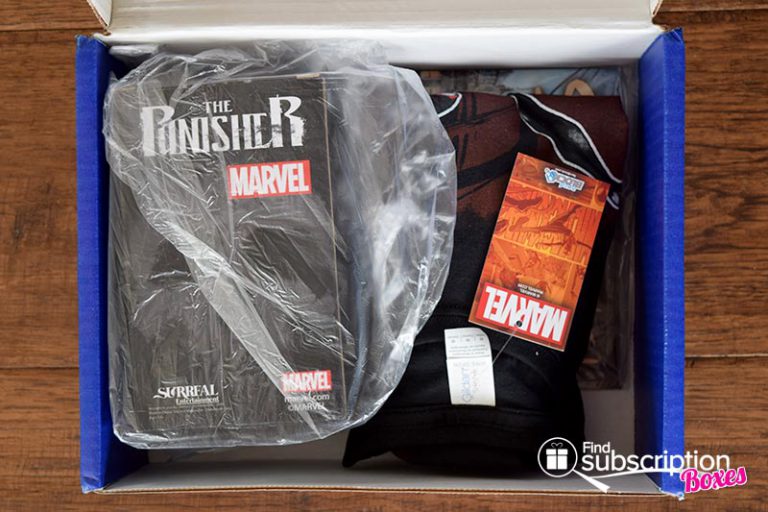 Inside the June 2016 Comic Block

There were 5 comic goodies in Comic Block’s June box.

June’s Comic Block was packed with comic collectibles from Spiderman, Deadpool and TMNT, including 4 exclusive items. Spidey-fans will love this exclusive Marvel Spider-Man t-shirt. We weren’t familiar with the Spider-Gwen Annual comic book and look forward to learning more about this spidey heroine. In April, Netflix announced their new Marvel’s The Punisher series. Making his first appearance in The Amazing Spider-Man Issue #129, this Marvel anti-hero is making his way into your kitchen with this exclusive Punisher pint glass.

Wrapping up the June Comic Block was the uber cute Deadpool Scaler. This is the perfect vinyl figure accessory for Deadpool fans to geek out computer cables, wires, and bags.

What was your favorite June Comic Block comic collectible?