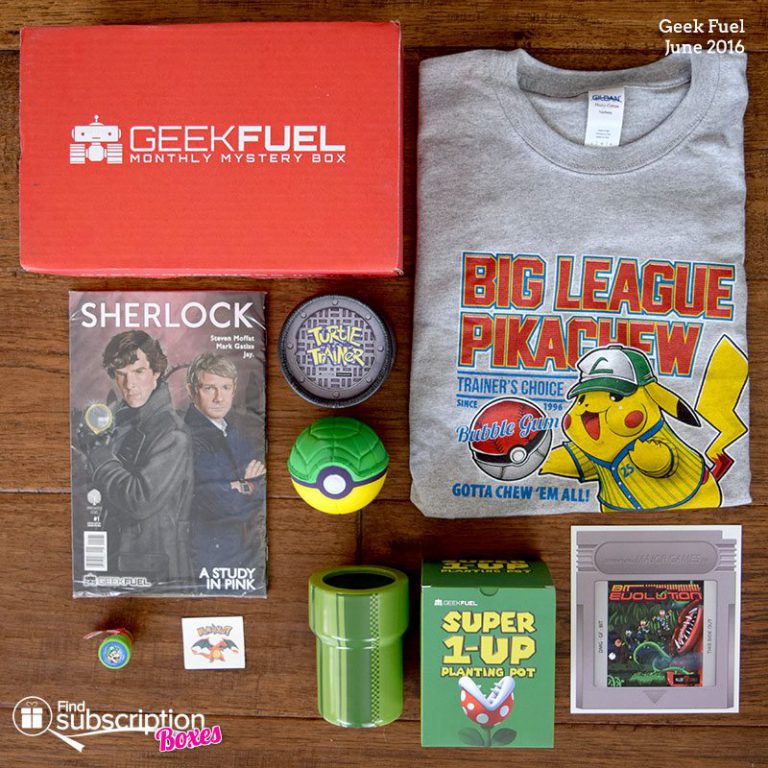 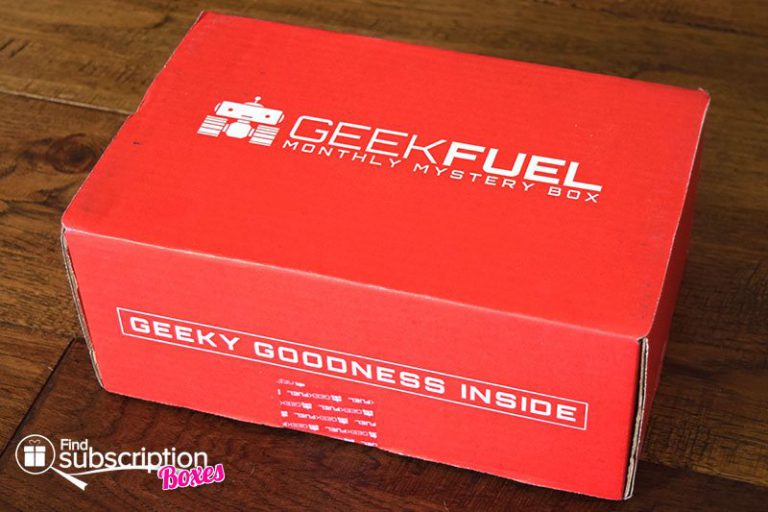 Geek Fuel includes an issue of Geek Fuel Magazine in each mystery Geek Fuel box. June’s issue shared some of the best TMNT toys from the 90’s, an article celebrating 20 years of Pokemon, and an updated ultimate geek gift guide. Geek Fuel boxes also have a product card that describes each of that month’s geek goodies. 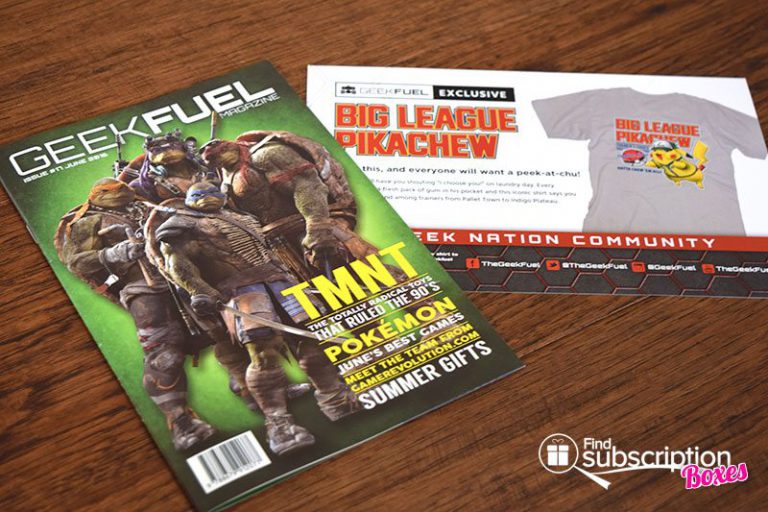 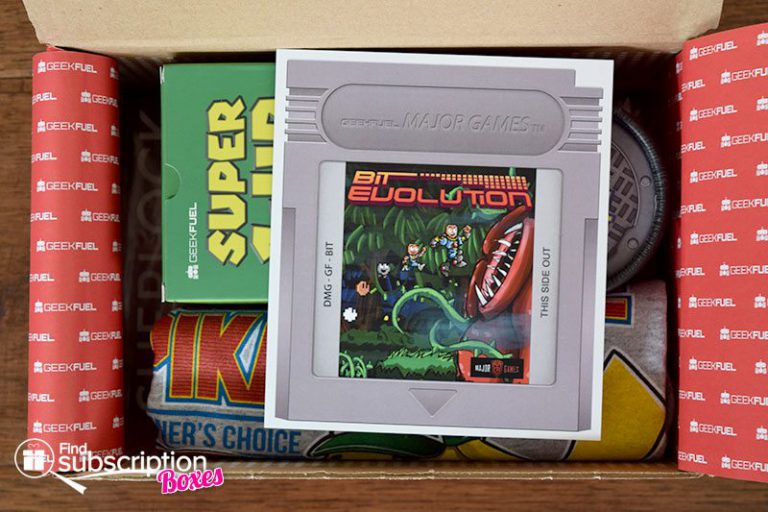 Inside the June 2016 Geek Fuel Box

There were 7 geek goodies in our Geek Fuel June 2016 geek box.

The June 2016 Geek Fuel geek mystery box was packed with exclusives from Pokemon, Teenage Mutant Ninja Turtles and Super Mario Bros. The turtles came out of the shadows and into the June box with the exclusive TMNT stress ball. The shells have different bands for each turtle. BBC’s Sherlock fans will love the exclusive #1 issue Sherlock Manga. Each issue is an adaptation of an episodes from the original series. In A Study in Pink, the first episode of the series, Sherlock and Watson meet and solve their first murder mystery.

June’s Geek Fuel Box also had some great goodies for video game fans. The Super Mario Planting Pot is a really unique geek item that’s perfect for geeks with a green thumb. We might use it to grow some kitchen herbs. Subscribers can also use the coupon in their Geek Fuel magazine to get a free Venus Fly Trap. The Luigi Mario stamp we received is a fun accessory to add a bit of fun to ordinary paperwork. The BiT Evolution downloadable video game looks like a lot of fun. It combines the style of some of our favorite retro games with a unique storyline. The below Bit Evolution Trailer offers a glimpse at the game play.

What was your favorite Geek Fuel June 2016 geek item?

July 2016 Geek Fuel box spoilers have been announced. Get a first look into next month’s geek mystery box.