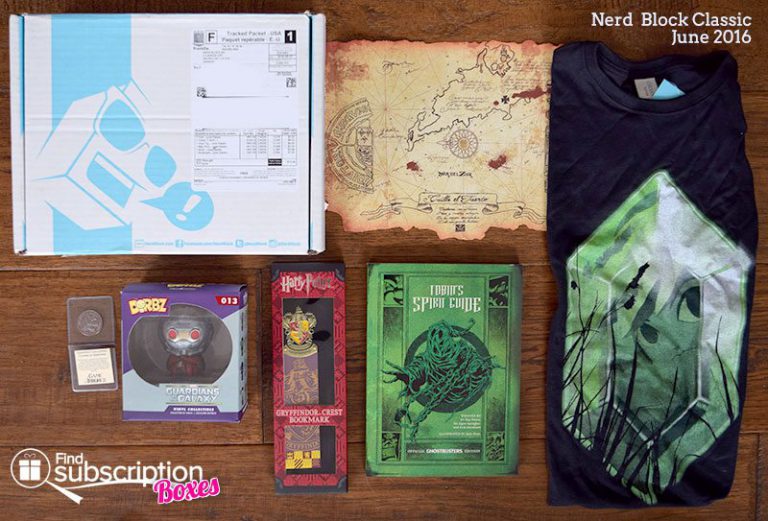 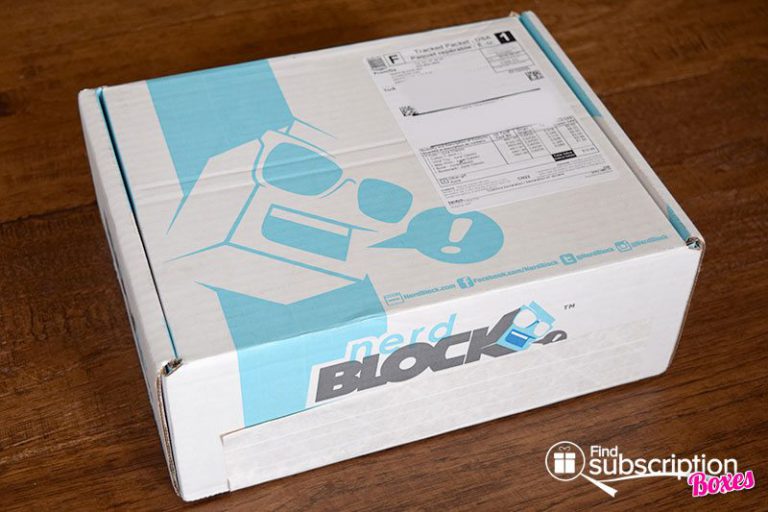 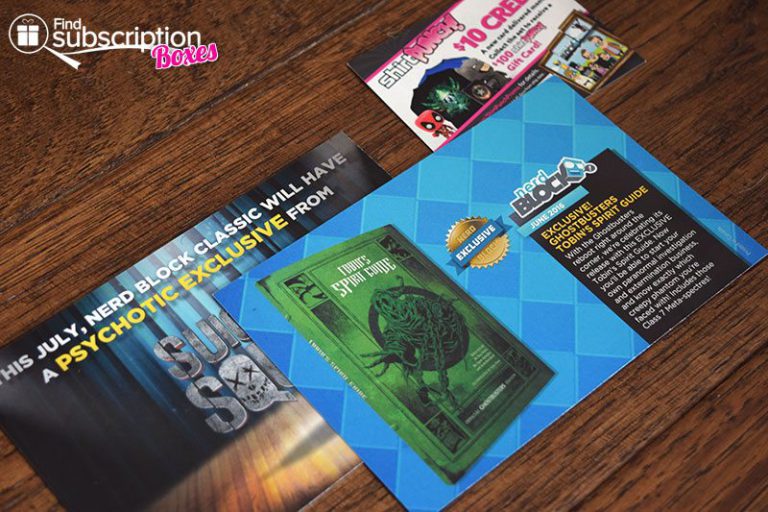 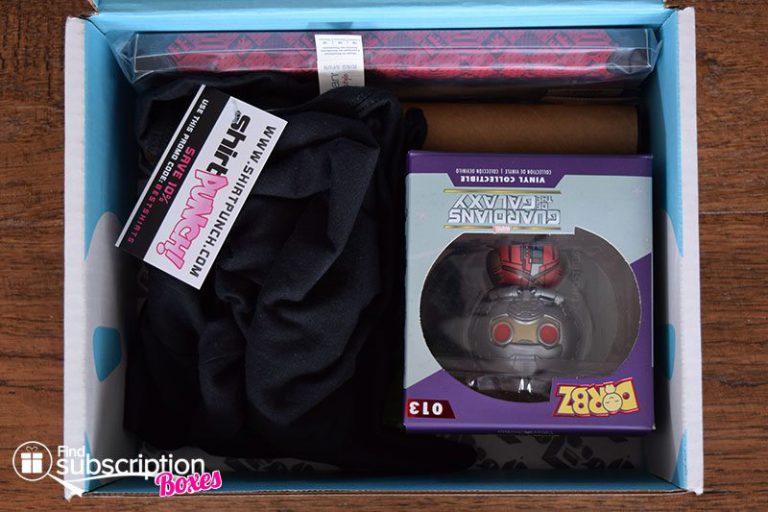 Inside the June 2016 Nerd Block Classic

There were 6 collectibles in our June Nerd Block Classic monthly nerd box.

From Ghostbusters to Game of Thrones, the June Nerd Block Classic nerd box had a great mix of both throw-back and current nerd gear. The Legend of Zelda fans will instantly recognized the collectible Rupee gem. Shirts also came with blue and red Rupee colors. The Goonies map can be used to decorate your walls or pull out the DV and map out the movie adventures. We love collecting our vinyl figures and the Starlord Guardians of the Galaxy Dorbz is perfect for providing some intergalactic protection.

The Ghostbusters movie reboot, starring Melissa McCarthy, opens in theatres on July 15, 2016. Tobin’s Spirit Guide provides an in-depth look, with illustrations, at everything from ghosts of New York to Class 7 Meta-spectres. With the upcoming release of Harry Potter and the Cursed Child, the Gryffindor bookmark is perfect for keeping you place in the latest Harry Potter book. Lastly, Games of Thrones fans will want to get their hands on one of Daenerys’s few copper coins. They are hand-made using traditional techniques were minted exclusively for Nerd Block.

What was your favorite June Nerd Block Classic nerd item?

Enter below for your chance to win a free Nerd Block Classic!