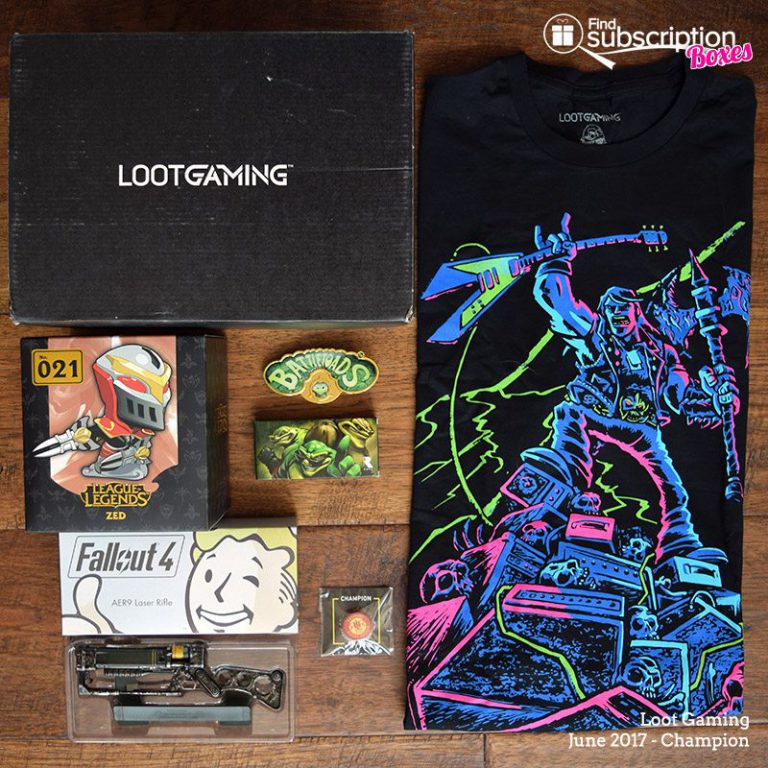 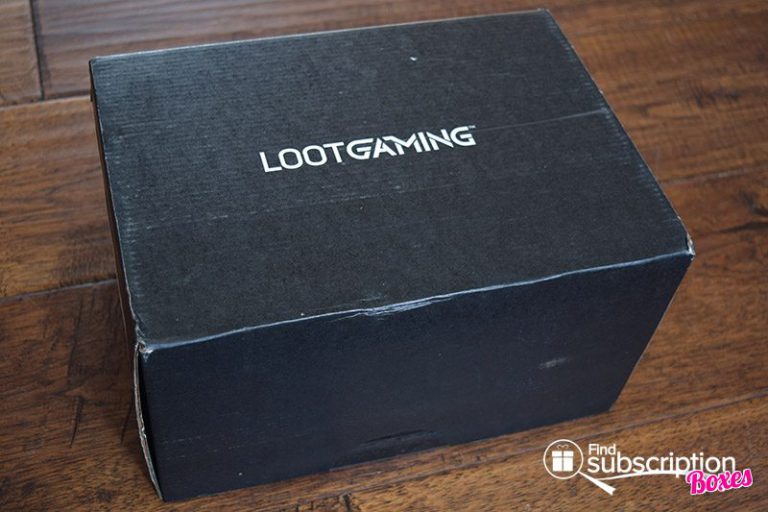 Loot Crate included a colorful, two-sided poster that represents the CHAMPION theme. Pictures and descriptions of all of the video game collectibles in the box are on the back of the poster. 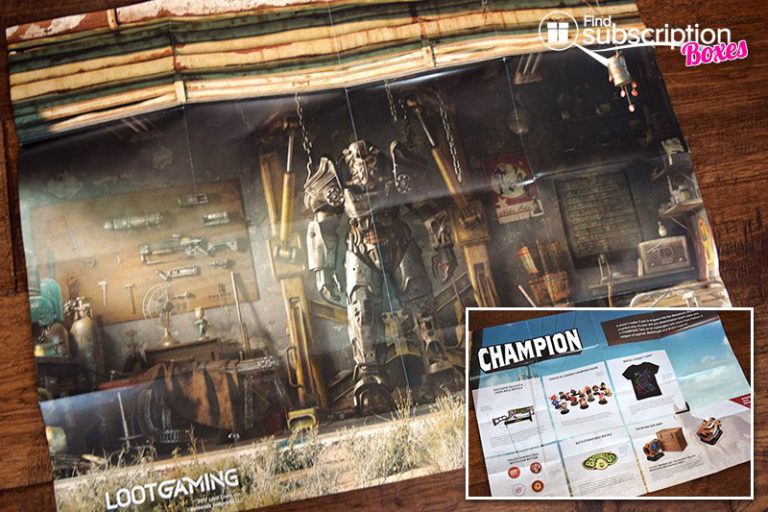 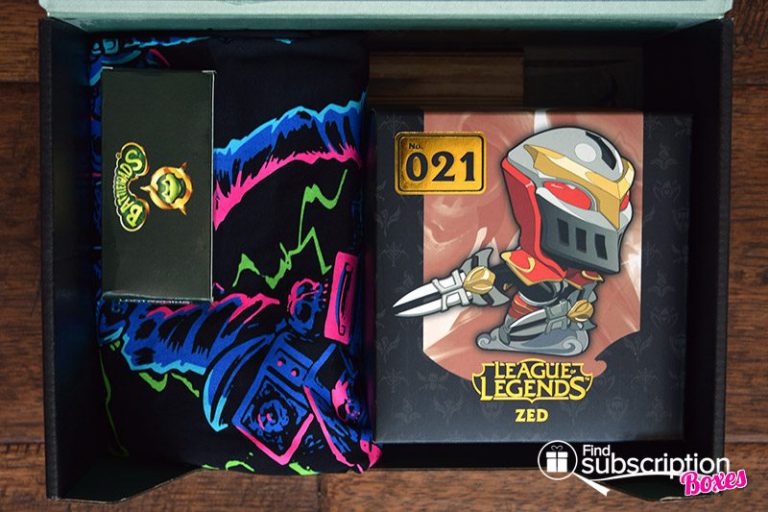 There were 5 video game collectibles in the June Champion Loot Gaming subscription box.

June’s Champion Loot Gaming had two geek style items. First is the bold and bright Brütal Legend t-shirt which has an outline of Eddie Riggs and his musical tools of destruction. The bright neon colors really give this a retro feel. The second geek fashion item is the Battletoads Belt Buckle. This sturdy metal buckle has a golden plating and colorful belt face featuring the Battletoads text logo.

The June Loot Gaming League of Legends Champions figure is a fun addition to our gaming figure collection. We received Zed and were impressed by the detail of the figure. He’s geared up with in his armor and swords and is ready to strike.

Finally, the Fallout 4 Laser Rifle Replica is a standout Fallout 4 collectible. This 7″ replica comes with a stand to display this highly detailed Fallout 4 laser. It even duplicates the wear and tear look a weapon would have after surviving many battles.

What was your favorite geek item from the June Champion Loot Gaming crate?

Make sure your check out our August Loot Gaming spoilers for a sneak peek into this month’s gamer crate!