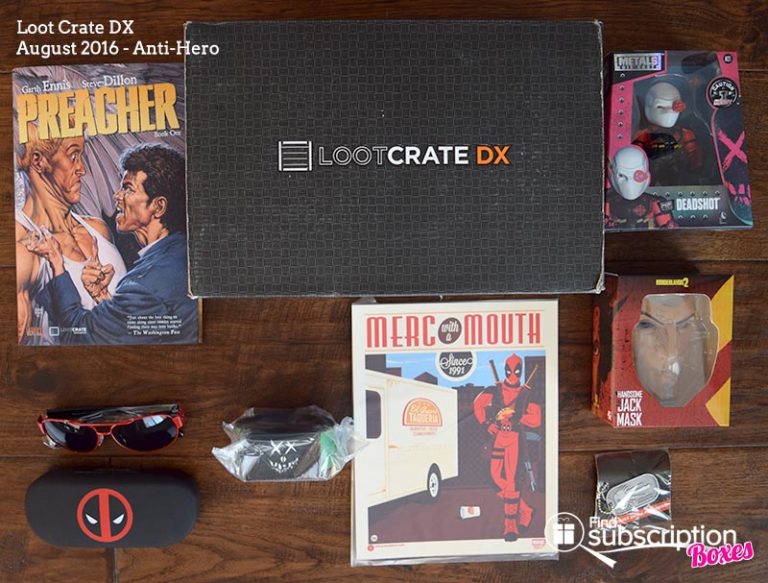 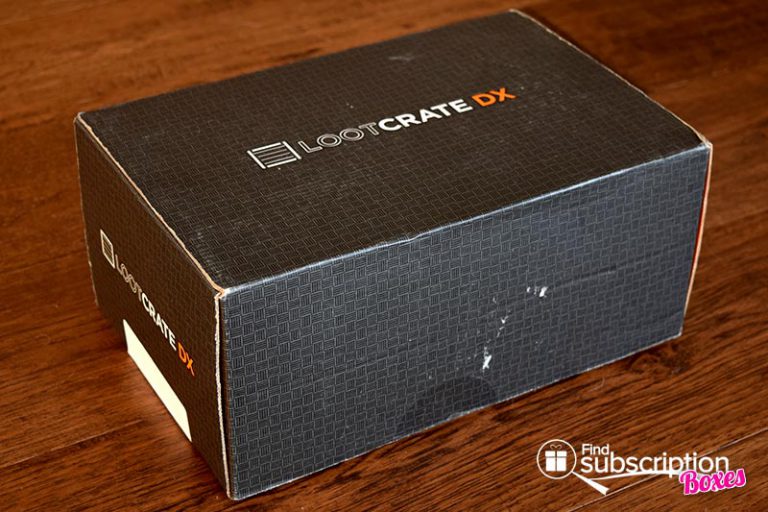 Loot Crate DX includes a nice brochure that has pictures and descriptions for each of the collectibles in that month’s box. 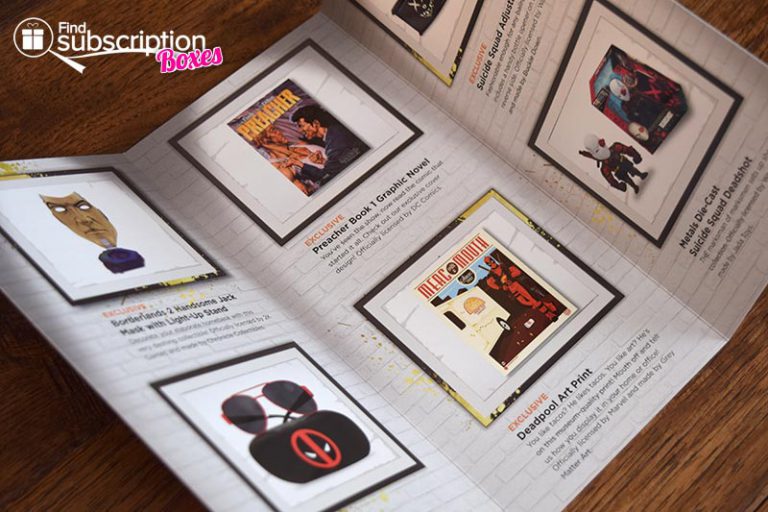 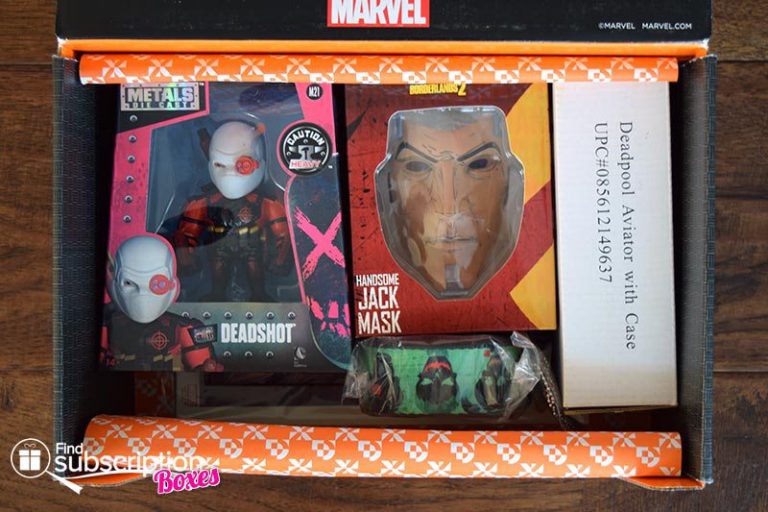 There were 7 premium collectibles in the August Anti-Hero Loot Crate DX subscription box.

The August Anti-Hero Loot Crate DX box delivered officially licensed loot from popular comic books and video games. Sometimes you need a crook to catch a crook. Two of the Loot Crate DX items were from Suicide Squad. The first collectible, the Metals Die Cast Deadshot figure, stands 4 inches tall and weighs in at half a pound. The Deadshot figure has incredible detailing and is geared up with his cybernetic eyepiece and various weapons. The bright green Suicide Squad belt has the “skulls” of the different Suicide Squad members including The Joker and Katana. The bottle opener on the back is a useful tool when needed.

Deadpool is a popular Anti-Hero and had two items in this box. The Deadpoool Aviator sunglasses are perfect for protecting your eyes and looking cool. Small Deadpool logos decorate the hinges of each arm. The Deadpool print from Grey Matter Art depicts the merc with a mouth outside the El Guero Taqueria food truck, chowing down on a taco.

The Handsome Jack mask replicates the trademark mask that Jack, the main antagonist of Borderlands 2, had grafted into his face. Hence the name “Handsome Jack.” It comes with a light-up stand that gives the mask an eerie purple and blue glow.

From DC Comics, Preacher Book 1 includes Preacher Issues #1-12. This exclusive introduces us to Jesse Custer, a small town preacher who gets possessed and begins traveling the country searching for God. This version also has a new introduction by Garth Ennis, one of the Preacher creators, and a 15-page gallery of Preacher pin-ups drawn by great comic artists.

What was your favorite geek collectible from the August Anti-Hero Loot Crate DX crate?