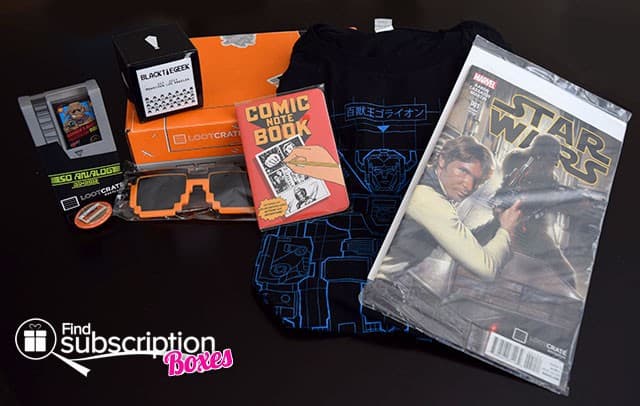 An epic monthly subscription box for geeks and gamers, Loot Crate delivers a mystery crate of geek and gamer gear and collectibles. Each month’s Loot Crate has a different theme. The theme of the January 2015 Loot Crate was Rewind and the crate was filled with items that “celebrate the geek and gaming icons of the past.” 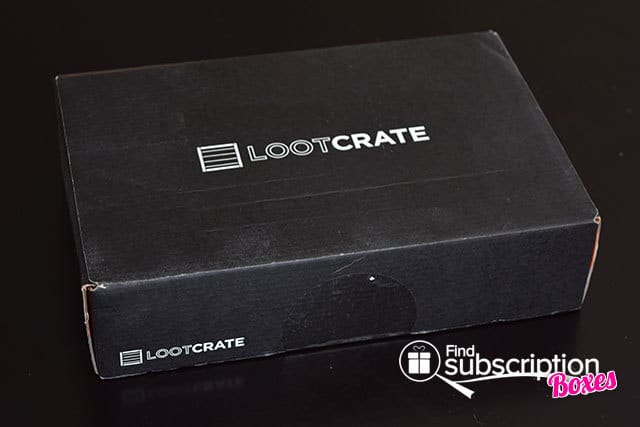 But once looted and refolded, can be made to be fun scenes or objects for your new Loot Crate gear. 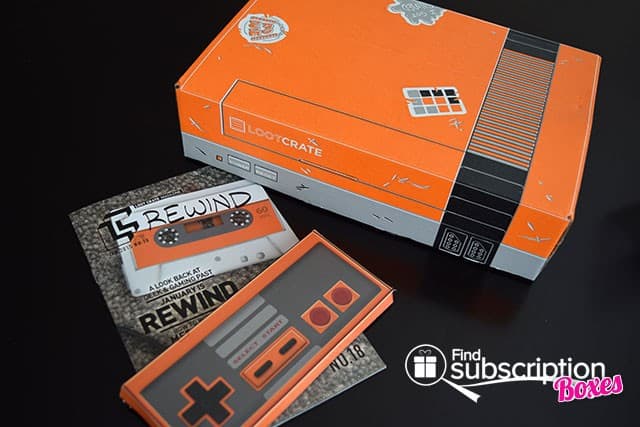 Each Loot Crate box comes with a Loot Crate Magazine which not only has a description of that month’s theme and loot, but also has fun articles and interviews. 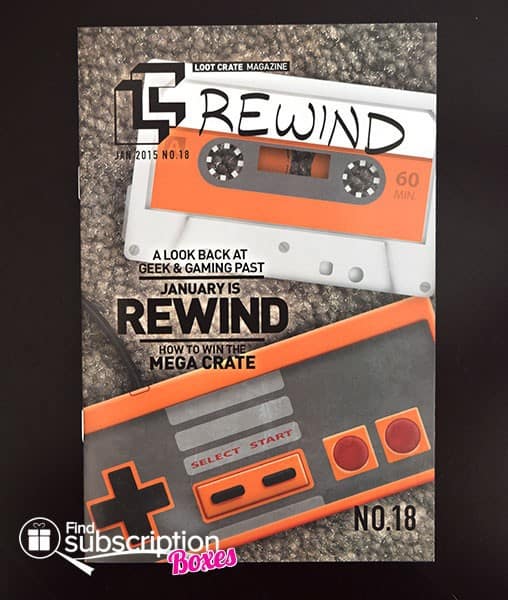 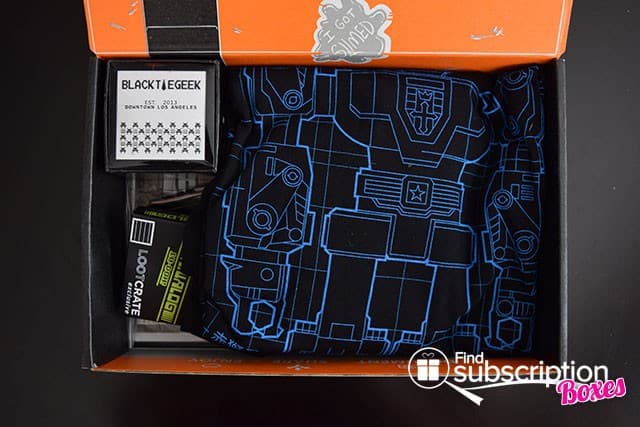 Inside the Loot Crate January 2015 Box

There were 6 items in our January 2015 Loot Crate box.

Made exclusively for Loot Crate subscribers, this soft and comfortable t-shirt will help you gear up to defend the universe.

Solo and Chewy traveled through the galaxy to land on this exclusive Loot Crate variant cover issue of Star Wars Issue 001.

Revisit the 80’s and 90’s with these miniature game cartridge figures.

Create your own comics using the blank comic book panels and stencils in this compact comic notebook.

The perfect accessory for both guys and girls, this sleek tie was inspired by the classic Space Invaders arcade game.

Protect your eyes from harmful UV rays in retro-style with these durable 8-bit sunglasses.

We loved taking a walk down geek-memory lane with the January 2015 Loot Crate Rewind box. This month was a great crate for collectors with so many exclusive items. a great collector’s crate. The stylish tie, sunglasses, and t-shirt will show off our geek style. We can’t wait to read this first edition Star Wars comic and were excited to receive the exclusive Loot Crate variant cover.

What was your favorite item from the Loot Crate January 2015 REWIND crate?