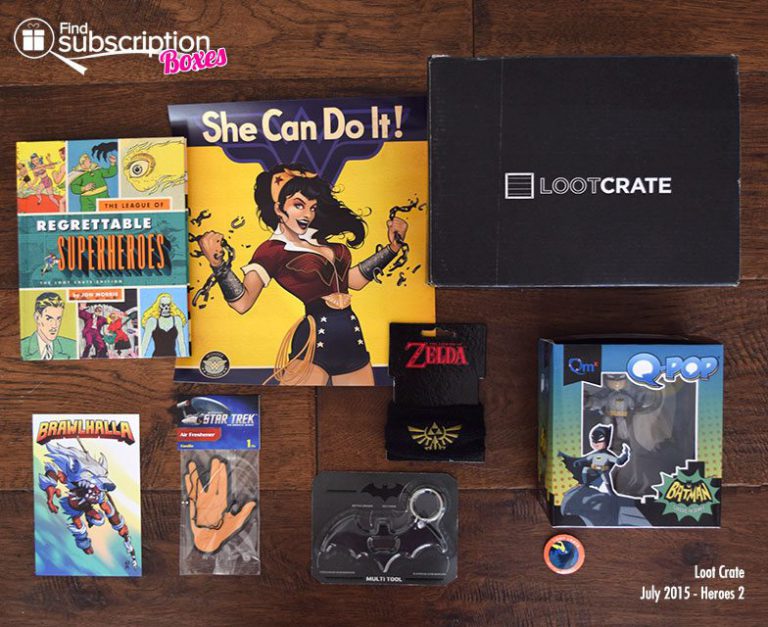 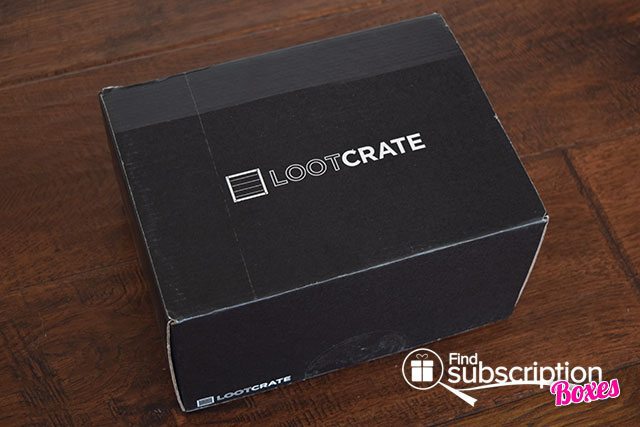 The Loot Crate Mini Magazine included in each Loot Crate provides details about each of the geek items in that month’s box, as well as fun articles. This month’s issue included a Q&A Session with The Death of “Superman Lives” creator Jon Schnepp. 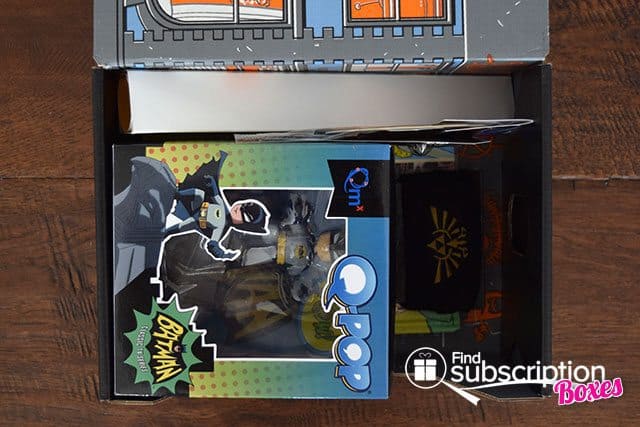 There were 8 geek + gamer items in our July Heroes 2 Loot Crate.

This exclusive, throwback, vinyl Batman was inspired by the classic 60’s TV show and is ready for the next bat signal.

You’ll never leave your Batcave without this handy keychain. It is also a Phillips and flathead screwdriver AND a bottle opener.

3. She Can Do It! Wonder Woman Poster, DC Collectibles

This World War II “Bomber” art-style poster depicts Wonder Woman as the one who can get the job done.

4. EXCLUSIVE The League of Regrettable Superheroes

Keep the sweat out of your eyes as you gear up for your next adventure with this terry cloth wristband embroidered with the Triforce emblem.

Combat the smells of space travel with the fresh scent of vanilla using this Trekkie air freshener.

The July Heroes 2 Loot Crate was packed with unique geek items inspired by our favorite heroes. The Batman keychain is definitely a handy item for “geek preparedness”. The exclusive book offered fun histories and stories about very strange comic book characters superheroes. We’re always up for a new game and can’t wait to check out Brawlhalla.

What was your favorite Loot Crate Heroes 2 crate item?