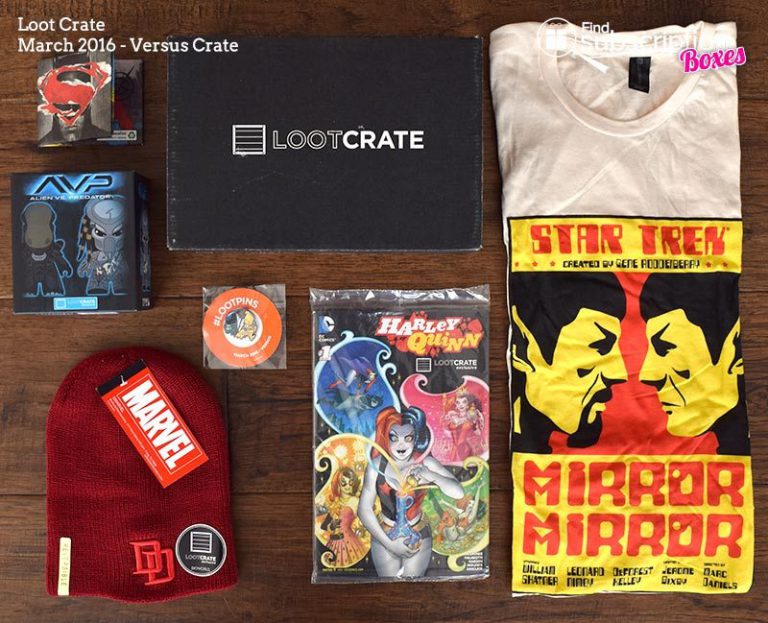 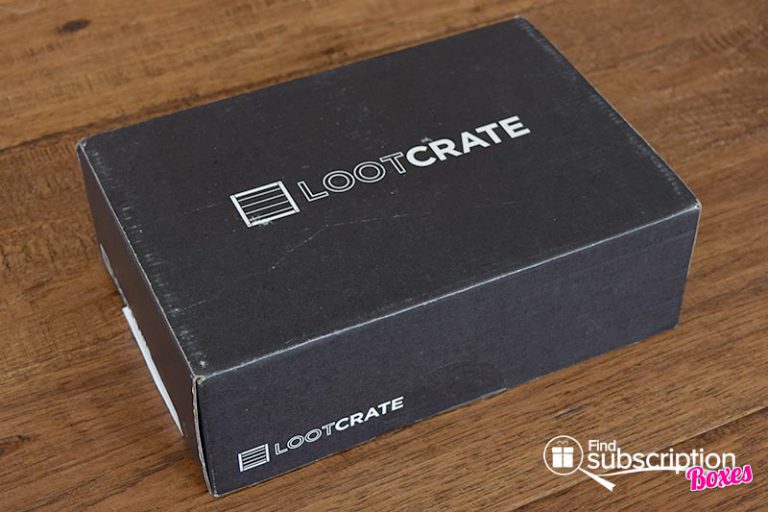 Loot Crate includes a monthly LC Magazine in each geek box. The magazine provides descriptions for each of that month’s geek items and fun articles related to that month’s theme. March’s LC Magazine also had a Spot The Spock puzzle (similar to Where’s Waldo, but with Spock.) :) 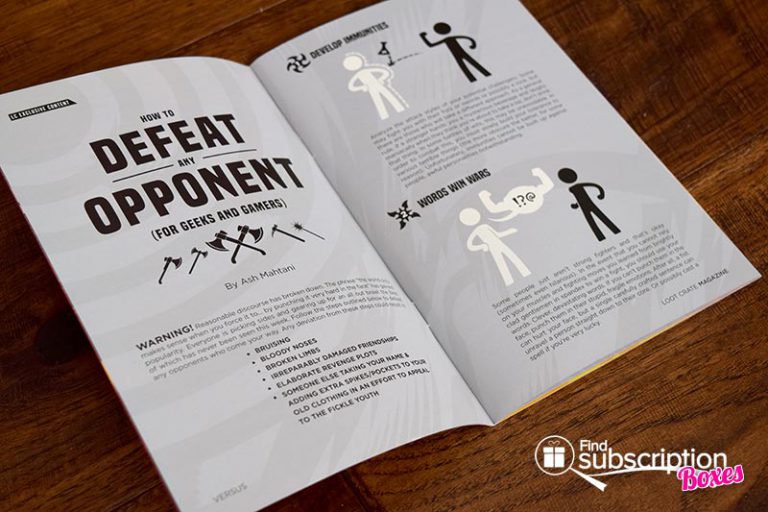 Here’s a first look inside our Loot Crate March 2016 Versus Crate. 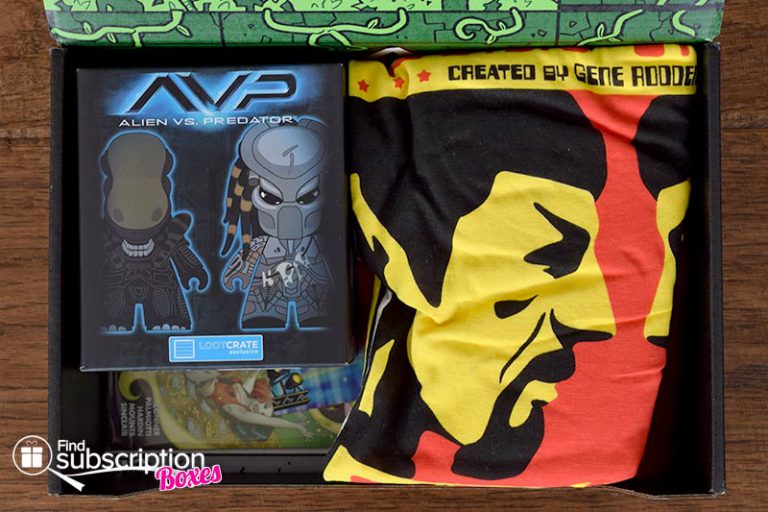 Inside the March 2016 Loot Crate Versus Crate

There were 5 geek and gamer collectibles in the March VS Loot Crate.

The March Versus Loot Crate brought us great rivalry gear from a variety of geek franchises. The Batman V Superman wallet is the perfect accessory for superhero fans. It’s made of super durable material to withstand all your adventures.

Whether you’re a fan of Daredevil or Punisher, this comfy beanie will let you show who support. The Star Trek Mirror, Mirror t-shirt is a great addition to any geek shirt collection. We really like that the shirt is a lighter color as well. We can’t wait to read the exclusive Harley Quinn comic to see what antics she’s up to next.

What was your favorite March Loot Crate Versus crate item?