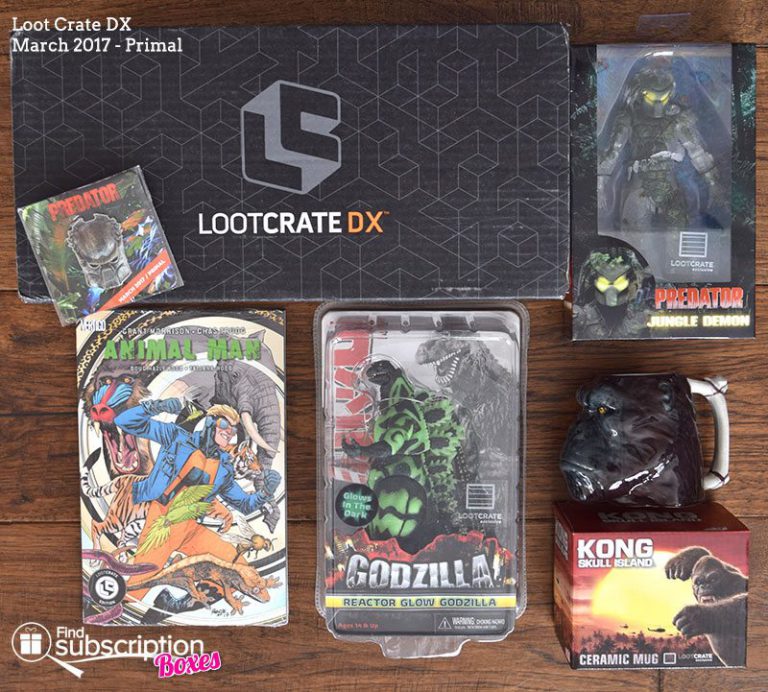 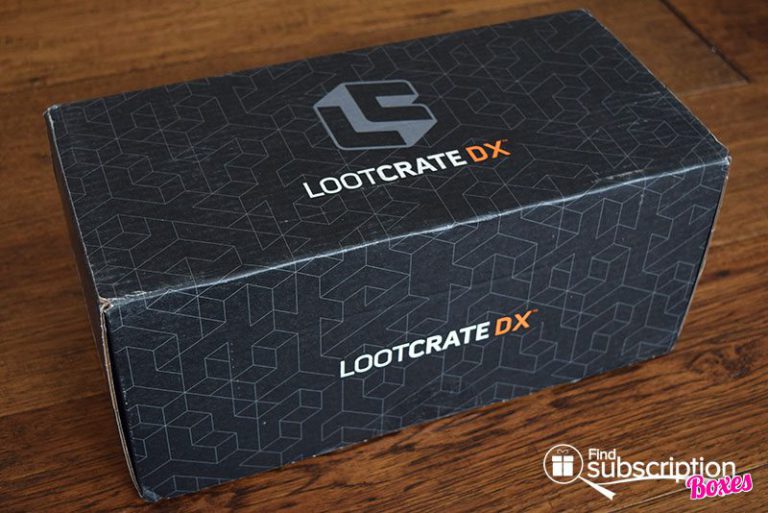 Loot Crate DX includes a colorful fold-out that shows pictures and lists a description for each of the premium geek collectibles in the box. 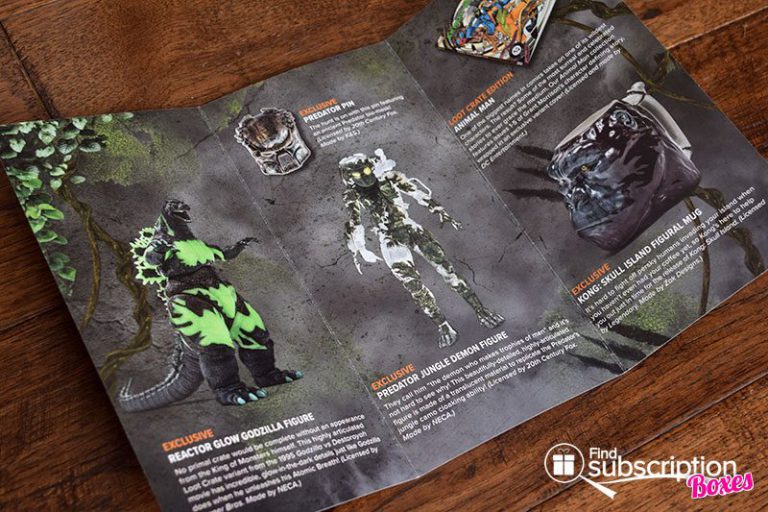 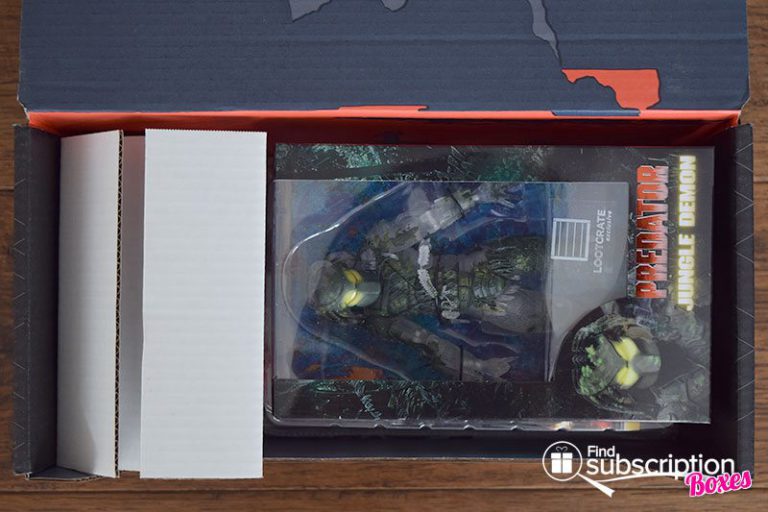 There were 5 premium collectibles in the March Primal Loot Crate DX subscription box.

With two vinyl figures and lots of exclusives, the March Primal Loot Crate DX was another epic collection. The glowing Godzilla figure is awesome. Just “charge” him up and cut-off the lights to watch Godzilla glow. The glowing pattern mimics Godzilla unleashing his Atomic Breath. His arms, legs, head, and waist all move.

Next is the exclusive Predator figure. This is another customized vinyl figure that is really unique. The Predator has a jungle camo cloaking ability that makes him invisible. Parts of this figure are translucent plastic so it looks like he’s transitioning into (or out of) cloaking. The figure also is also articulating and highly detailed with his plasma caster, wrist blades and ammo belt.

We just saw Kong: Skull Island so the mug was a perfect item for our morning coffee. This figure mug is molded into the shape of Kong’s head.

We haven’t read the Animal Man comic before and are excited to read Grant Morrison’s origin story for this animal and eco-friendly superhero.

What was your favorite geek collectible from the March Primal Loot Crate DX crate?