A Closer Look: May 2014 The Handy Box Review – For the Home / “Handy” Subscription Box 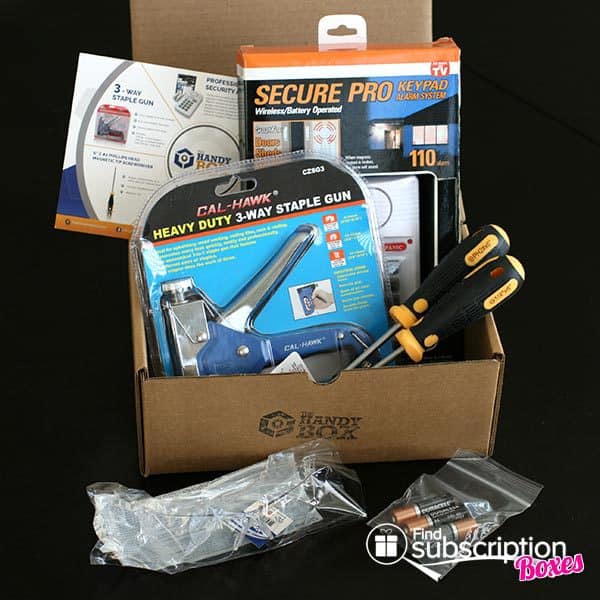 The Handy Box is a newer subscription box that is great for DIYers, first-time home owners, and others who want a monthly box of handy tools and gadgets. The May 2014 The Handy Box is their second box and we were excited to see what was in this month’s box.

The first thing we noticed was that this month’s box was both heavy and STUFFED. After opening the box, we saw why. Right on top was a wireless security system. 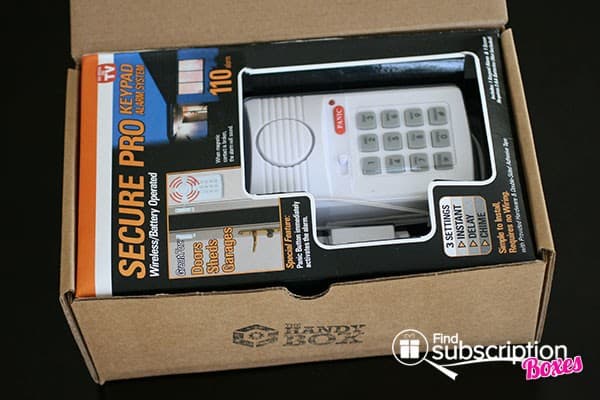 After removing the security system, we found the product information card that detailed the products that were in the May The Handy Box. 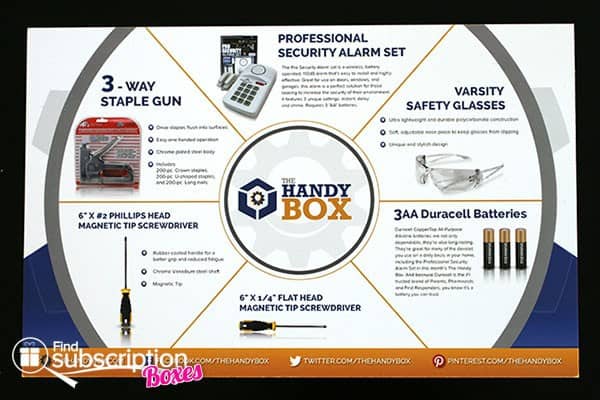 Use these Duracell batteries to power-up the security system or for many electronics around the home.

This staple gun is handy for projects both inside and outside the home. This 3-in-1 gun fits 3 different staples sizes which are also included.

Safety is first with these lightweight glasses. Use them during any of your project to keep your eyes protected.

Stop dropping those screws with these magnetic tip screwdrivers. The handles are rubber coated with a great grip.

The Handy Box subscription box continued to deliver a great assortment of handy tools and gadgets with their second box. There seemed to be a “safety” theme with the security alarm and safety glasses. The staple gun is a tool that lots of people could use but rarely actually buy for themselves. The total estimated retail value of the May 2014 The Handy Box is $56.06.

Which was your favorite item in the May The Handy Box?