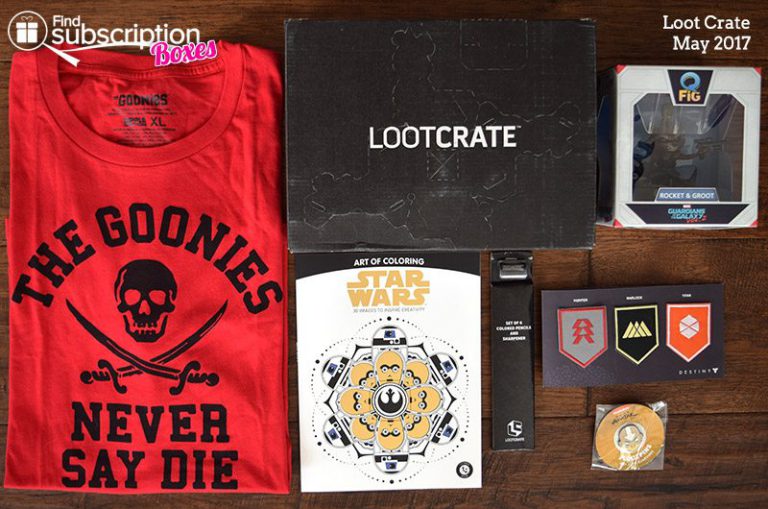 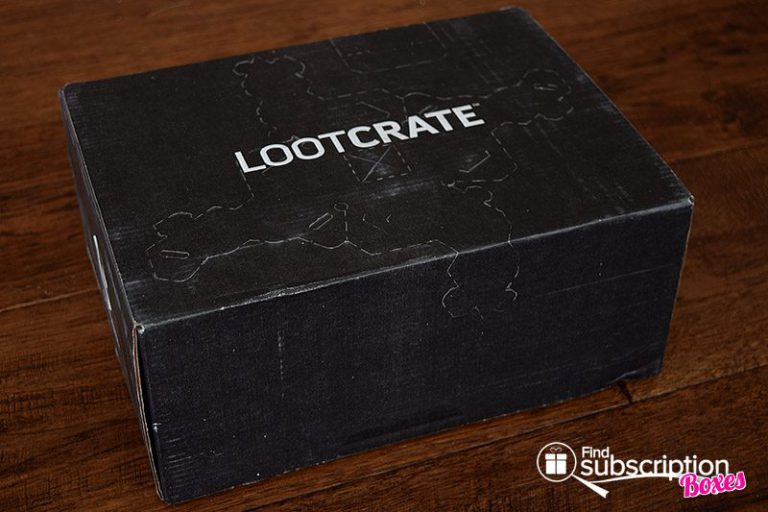 Each Loot Crate box has a colorful brochure that describes that month’s themes and collectibles. Loot Crate also provided clues for this month’s Secret Order of Keys, which is available through 9PM PST, June 5th. Subscribers use the clues and that month’s loot to solve the puzzles for free bonus loot in their next crate. 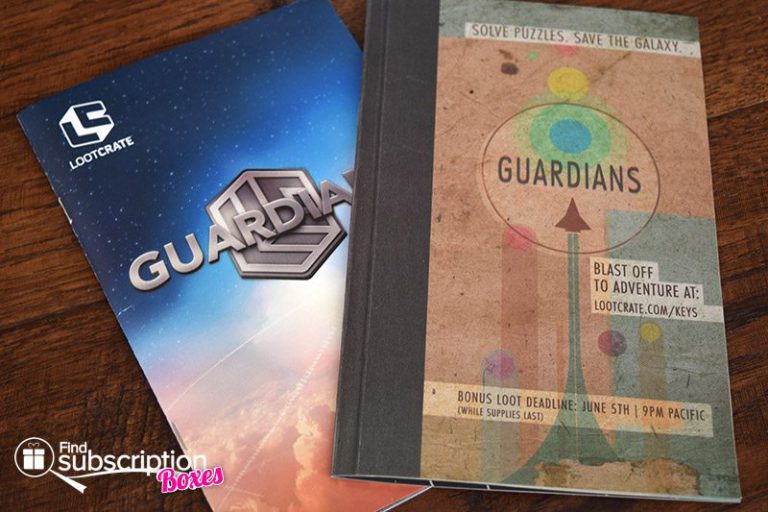 Here’s a first look inside our Guardians Loot Crate. 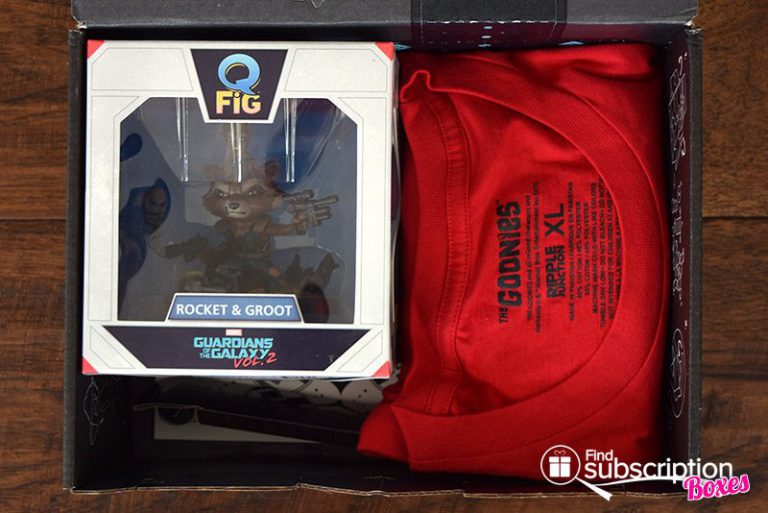 Inside the May 2017 Loot Crate Guardians Crate

There were 5 geek and gamer collectibles in the May Guardians Loot Crate.

Next is the May exclusive The Goonies t-shirt. This bold red shirt is for the true Goonies fans who “Never Say Die.” It is also decorated One-Eyed Willy’s infamous skull and crossbones.

The Star Wars Adult Coloring Book is perfect for sparking your geeky creative side. This exclusive edition has 30 Star Wars images for you to color-in using the included set of 6 colored pencils. The images depict some of our favorite Star Wars characters and unique designs featuring Star Wars space ships.

You can easily add a touch of geek style to your favorite jacket or bag with the Destiny patches. Each patch represents a different Destiny character class – Hunter, Titan, or Warlock. You can sew or iron them on.

Finally, how cool is the Avatar pin?! In the light, you see Aang. In the dark, it shows him in Avatar state with his arrow and eyes glowing.

Possibly one our most favorite #LootPins yet! ? This glow-in-the-dark Aang pin was in the May #Guardians @LootCrate. Stay tuned for our full review! #subscriptionbox #lootcrate #avatarthelastairbender #pincollection

Which was your favorite May Loot Crate Guardians crate collectible?

Make sure you check out the Loot Crate June 2017 box spoilers for a sneak peek into next month’s geek and gamer box!