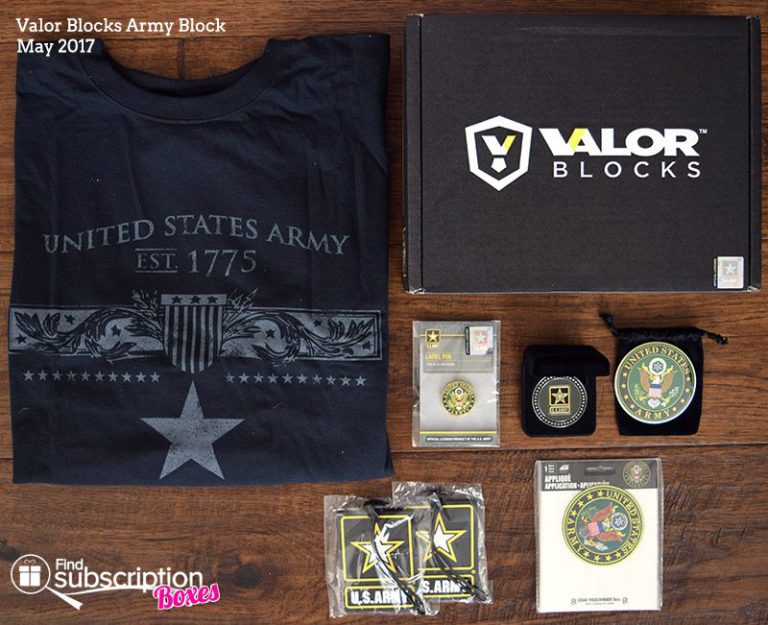 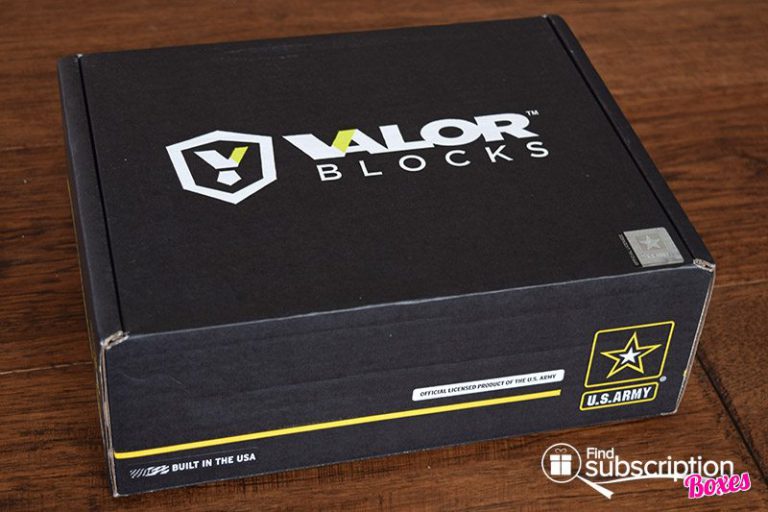 Valor Blocks includes a product card that describes each of the U.S. Army®-branded items in the box. 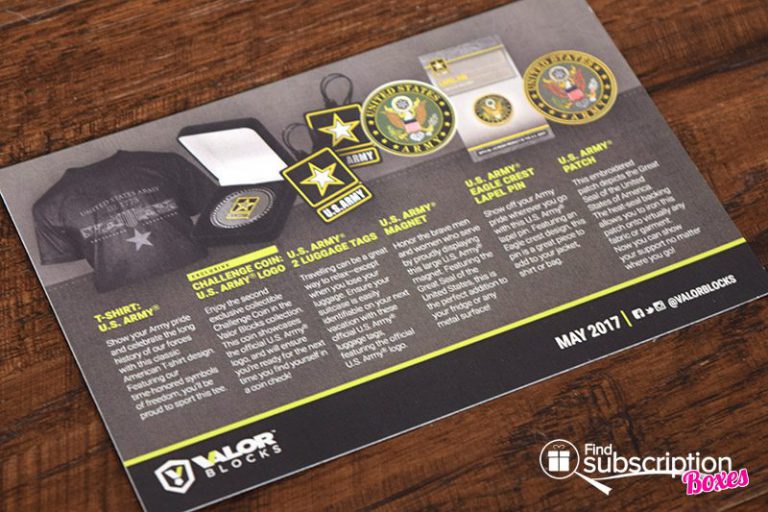 Here’s a first look inside our May 2017 Army Block. 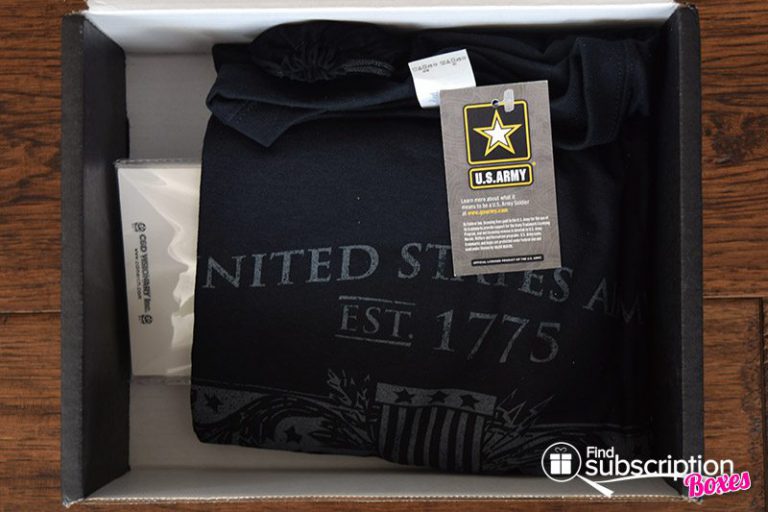 Inside the May 2017 Valor Blocks Army Block

There were 6 U.S. Army® collectibles in the May Army Block.

With the May Army Block, Valor Blocks continues to showcase why they are the official U.S. Army® subscription box. This month’s exclusive U.S. Army® t-shirt is a simply back shirt with a gray United States Army design printed on the front.

The Eagle Crest of the United States was very present in this month’s box, with 3 collectibles featuring this recognizable seal. The Lapel Pin and United States Army patch make it easy to show of your Army Pride on your jacket or bag. The magnet allows you to show your support on the fridge or any magnetic surface.

In April, Valor Blocks launched the first of their new exclusive challenge coins. The May Valor Blocks Army Blocks challenge coin features the U.S. Army logo on each side. With a new design each month, these Army Challenge Coins are sure to be great collectibles.

Finally, if you’re hitting the road, the U.S. Army luggage tags will help you easily spot your bags on the luggage carousel. The tags are made of a sturdy silicone plastic and come with straps to attach the tags to your bag.

What did you think of the May Army Block?

How would you rate Valor Blocks Army Block ? 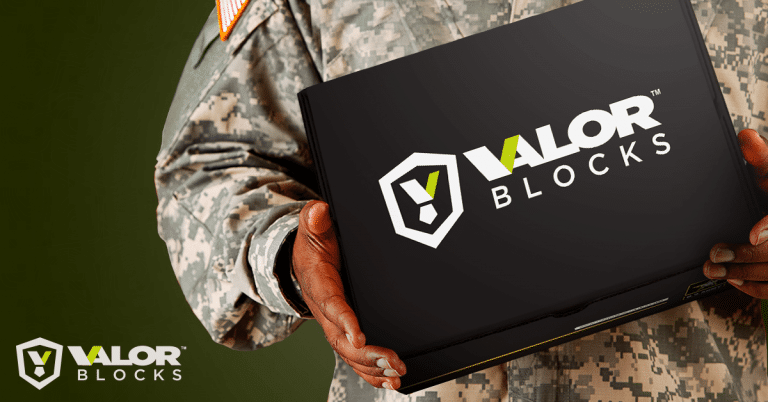 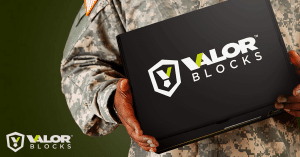