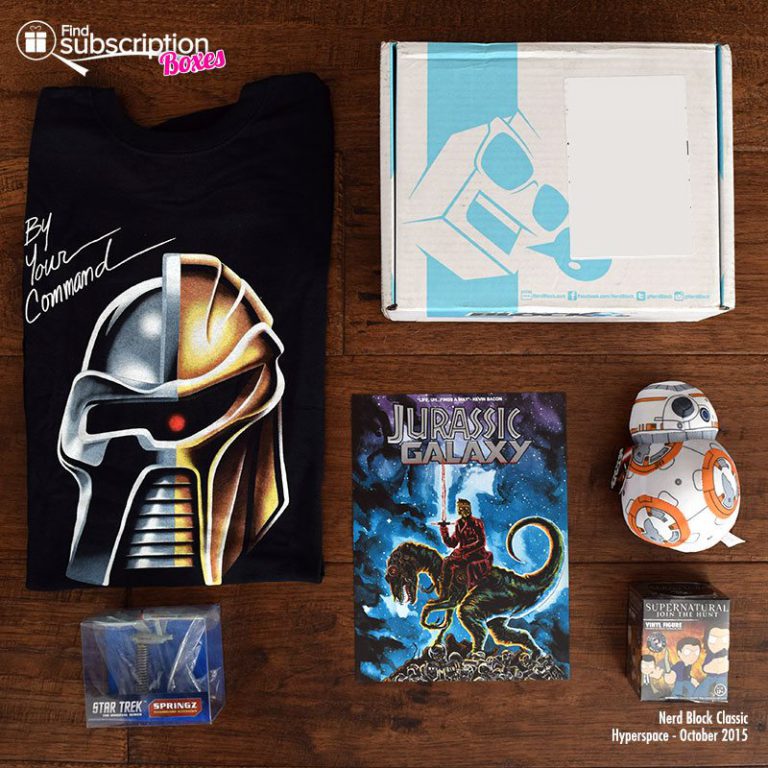 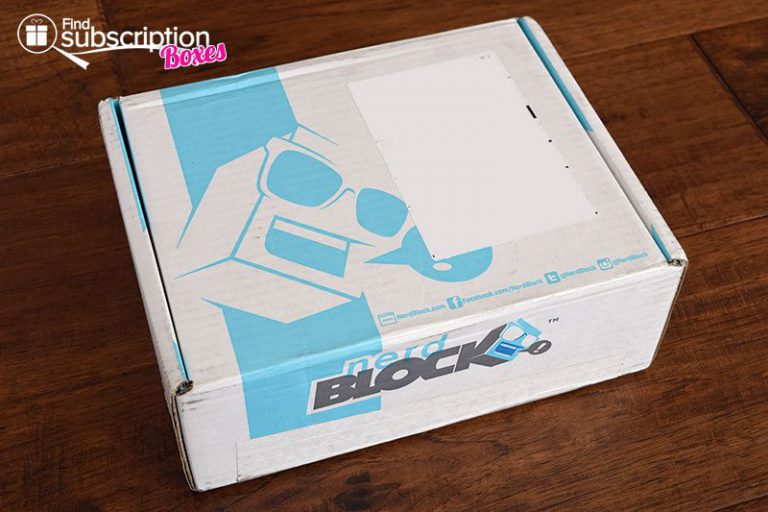 Every month, Nerd Block includes a product card that describes each of the nerd toys and collectibles in that month’s box. 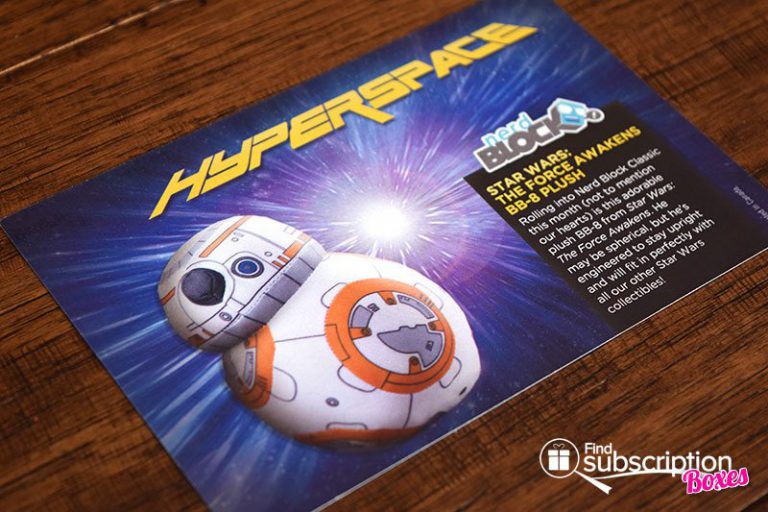 Here’s a first look inside our Hyperspace Nerd Block. 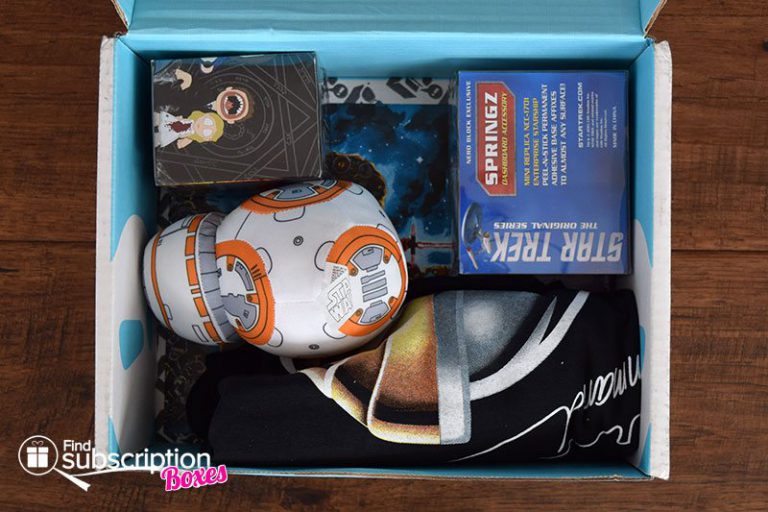 There were 5 nerd items in the September Hyperspace Nerd Block Classic nerd box. 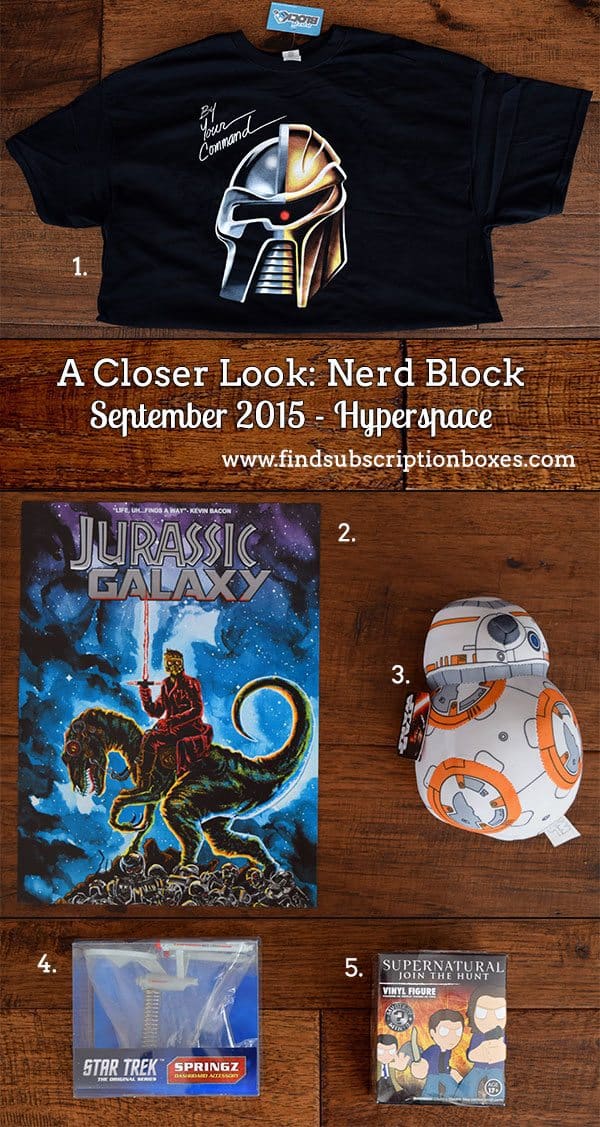 The Hyperspace Nerd Block box was filled with stellar nerd items and collectibles from a variety of popular space franchises. Trekkies will love the exclusive U.S.S. Enterprise for their Earth-bound rides. The Cyclon shirt will take any nerd back to the good ‘ole Galactica days. The BB-8 Plush is a great addition to Star Wars collections.

What was your favorite September Nerd Block item?