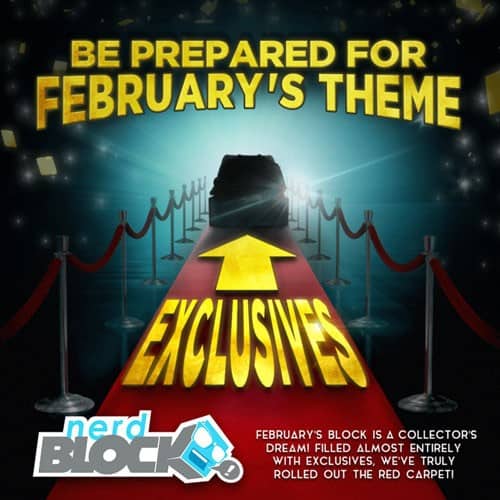 Nerd Block is a monthly subscription box the delivers nerd-themed limited edition t-shirts, apparel, and other collectibles to your door every month. At the beginning of the year, Nerd Block kicked off their new themed boxes for each month and we have the Nerd Block February 2015 Block theme!

Our theme for February is EXCLUSIVES! That’s right, the block will have items that are exclusive to us! You won’t want to miss this!

What do you think about the Nerd Block Classic February 2015 theme?