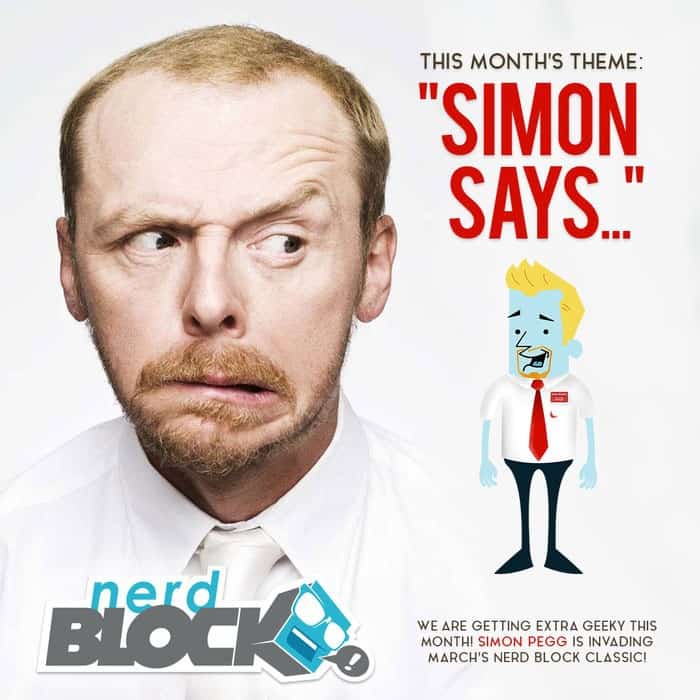 The theme for the March Classic Nerd Block is Simon Says! That’s right, Simon Pegg is coming to the block! Subscriptions for the March Block are now open; you won’t want to miss all the geeky and cool items that are going to be in this block!

What do you think about the Nerd Block Classic March 2015 theme?

Use Nerd Block coupon code DALEK to save 10% off the 1st month of new monthly Nerd Block subscriptions.