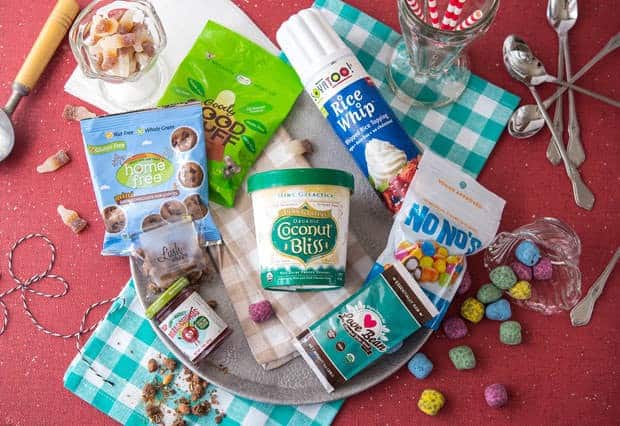 The Vegan Cuts Coconut Bliss Vegan Sundae Kit features 7 gluten-free and vegan products and 2 coupons worth $34.95 and is on sale for just $24.95 – a $10 savings! This special box is a perfect gift for ice cream lovers and  includes:

The Vegan Cuts limited edition boxes have been selling out, so if you want the Vegan Cuts Vegan Sundae Kit you should order it while you can! 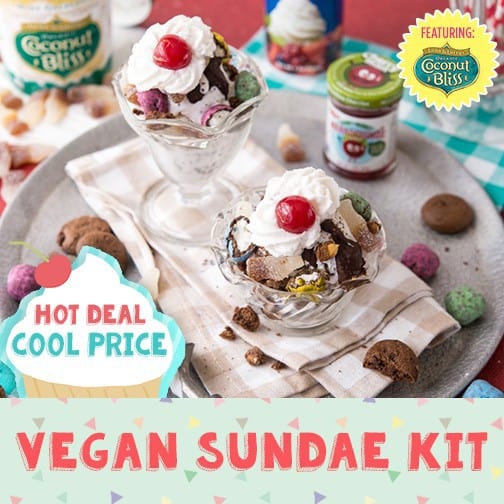