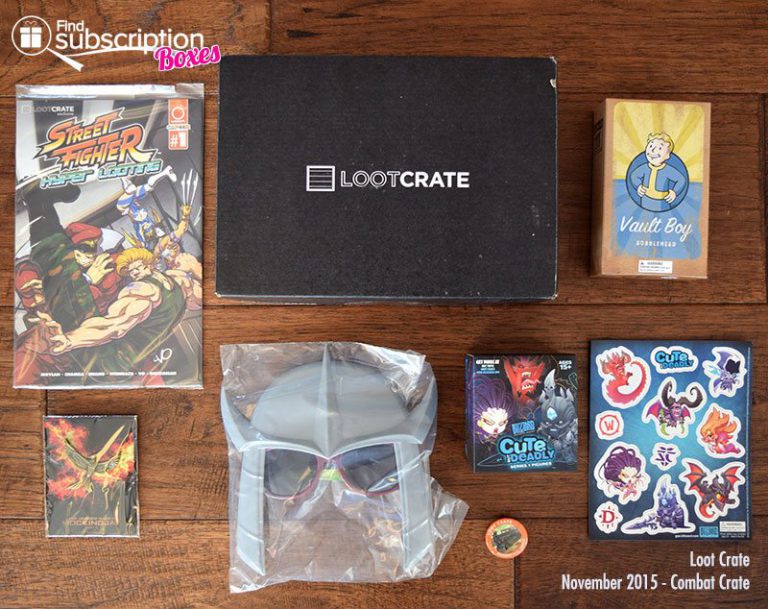 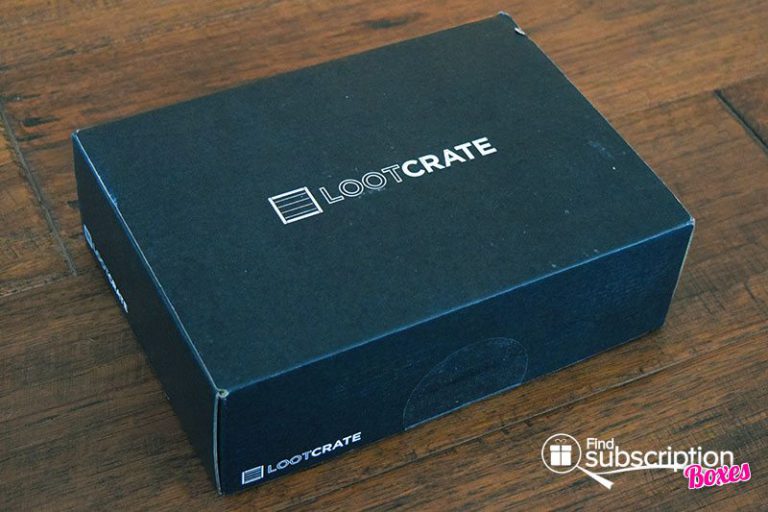 Each Loot Crate has a Loot Crate Mini Magazine. The November Loot Crate Magazine had articles about video game rivalries, an interview with WWE host Kyle Edwards, and descriptions for the Combat crate contents. 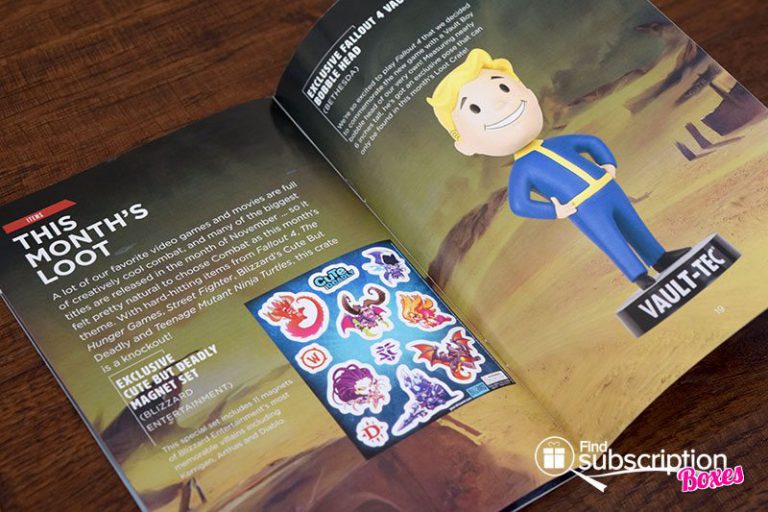 Here’s a first look inside our November Combat Loot Crate. 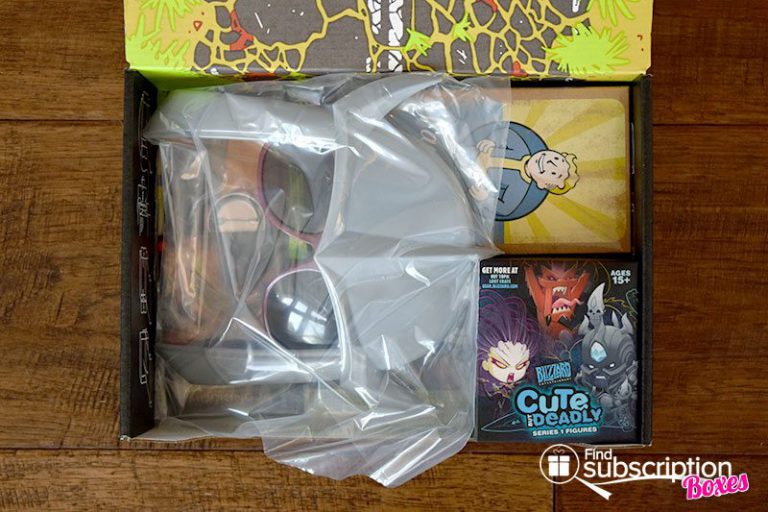 Inside the November 2015 Combat Loot Crate

There were Combat-themed geek collectibles in our Loot Crate Combat Crate.

The November 2015 Loot Crate Combat Crate had exciting collectibles from both old-favorites and new fighting franchises. We’ve never seen Blizzard’s villains look so adorable. We look forward to seeing how Loot Crate employees help save the world with Ryu and other Streetfighter Heroes. The Fallout 4 bobble head is a great addition to out vinyl collection.

What was your favorite November Loot Crate item?

The December Loot Crate theme has been revealed! See what it is…

Want to get your own Loot Crate every month? Save 10% off all Loot Crate subscriptions when you use code FINDBOXES at checkout.