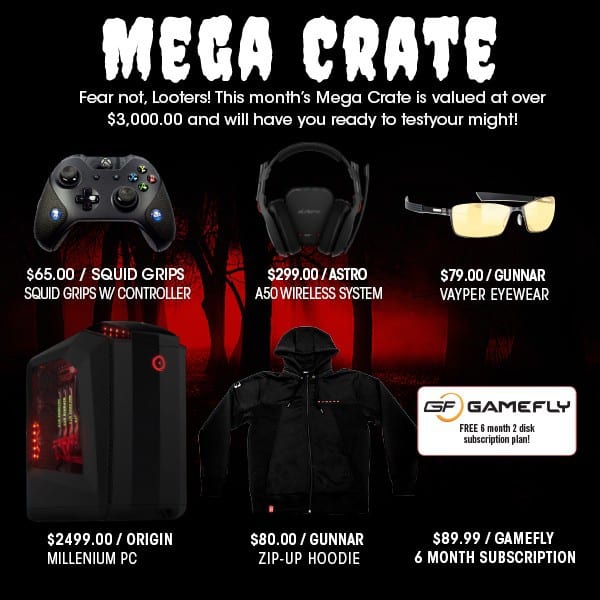 Last week, Loot Crate revealed the theme of the October 2014 Loot Crate: FEAR! Loot Crate delivers a monthly box of collectables and other goodies for geeks and gamers right to your door.

Every month, one Loot Crate subscriber wins that month’s Mega Crate. Check out the epic goodies in the October Mega Crate worth over $3,000! 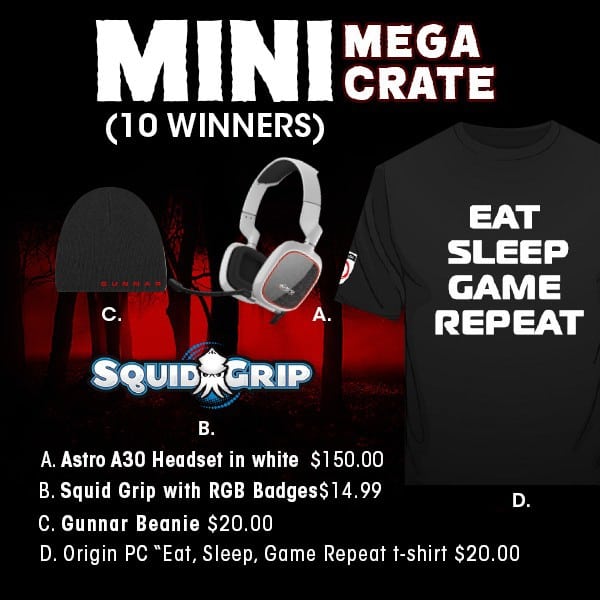 Want to win one of the October Loot Crate Mega Crates? You have to be a subscriber to be eligible to win! Subscribe to Loot Crate today and use Loot Crate coupon code FINDBOXES to save 10% off any Loot Crate subscription.

Get a sneak peek into the October Loot Crate? Check out our October 2014 Loot Crate box spoiler post to learn about one of the items in this month’s crate.

Which October Mega Crate prize do you want most?