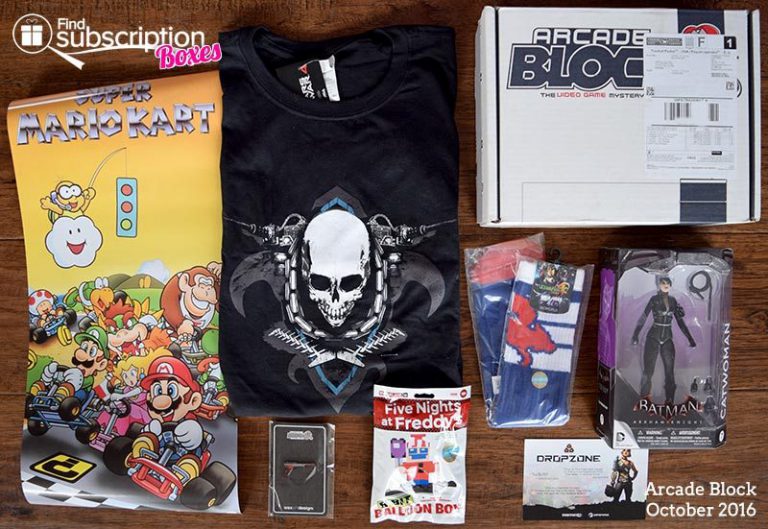 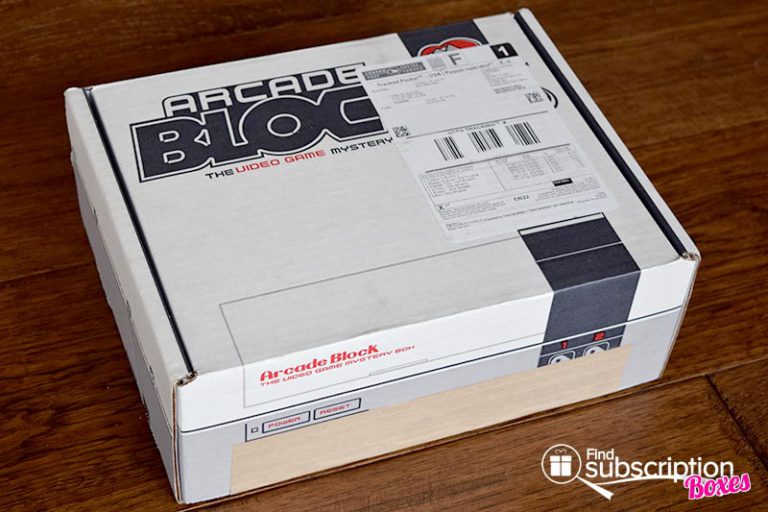 Arcade Block includes a product card that shares information about the gamer collectibles in that month’s box. There was also a spoiler for the November Arcade Block. 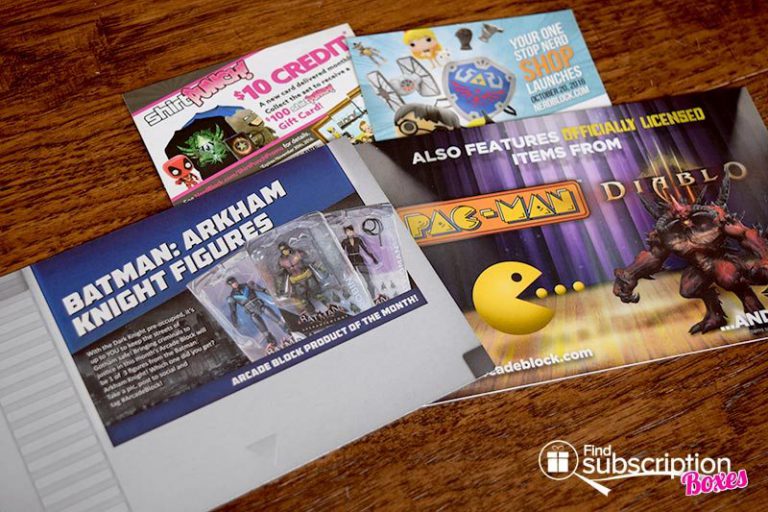 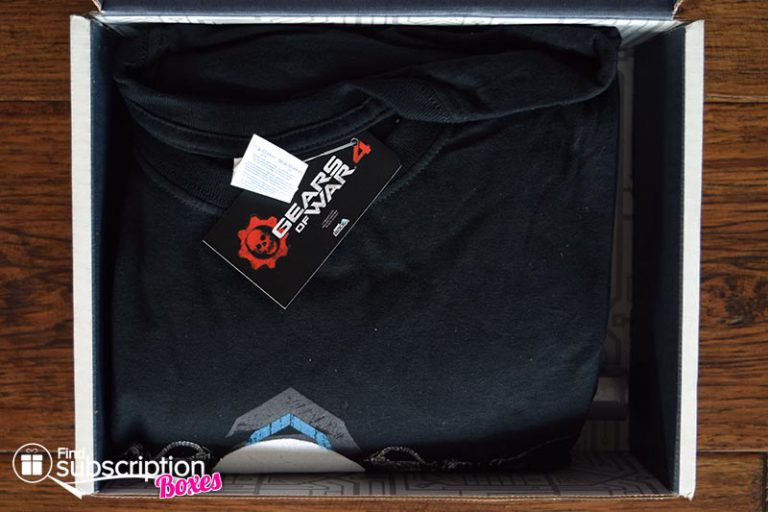 Inside the October 2016 Arcade Block

There were 6  video game collectibles in our October Arcade Block monthly box for gamers.

Bonus Item: Drop Zone Beta Code – It gives you beta access to the new game from Sparkypants Studios. There was also the monthly$10 ShirtPunch Credit and a $10 credit to the new Nerd Block Store.

October’s Arcade Block was filled with exclusives from both new and retro video games. We received the Catwoman Batman: Arkham Knight figure. This figure is incredibly detailed with movable limbs, Catwoman’s famous whip and interchangeable hands. The next figure in the box was Five Nights at Freddy’s Balloon Boy from McFarlane toys. You can build this exclusive figure to create a LEGO-style Balloon boy holding a balloon.

There were two video game apparel items in the Arcade Block October subscription box. The Star Fox tube socks are thick, blue socks that have red toes and white stripes at the top. The Star Fox logo decorates the top. Next is the Gears of War t-shirt featuring the trademark skull and machine guns on the front. A small Gears of War logo is on the back of the shirt.

The Mario Kart Poster is fun video game decor item.  The bright, yellow poster features all of the Mario Kart characters racing around the track. Finally, you can decorate your bag or shirts with the Zapper pin. We love the old school design of this laser gun.

What was your favorite October Arcade Block video game item?