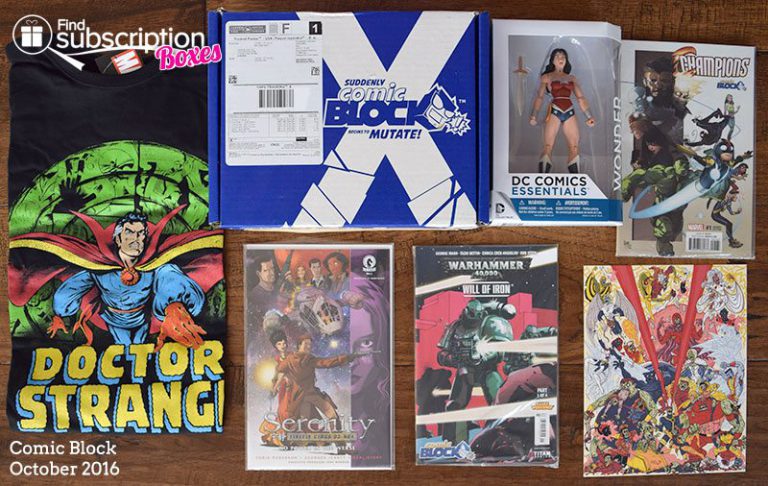 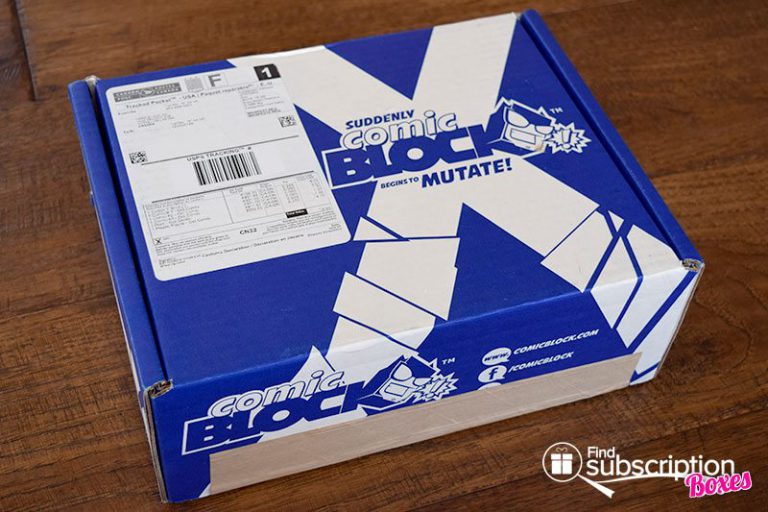 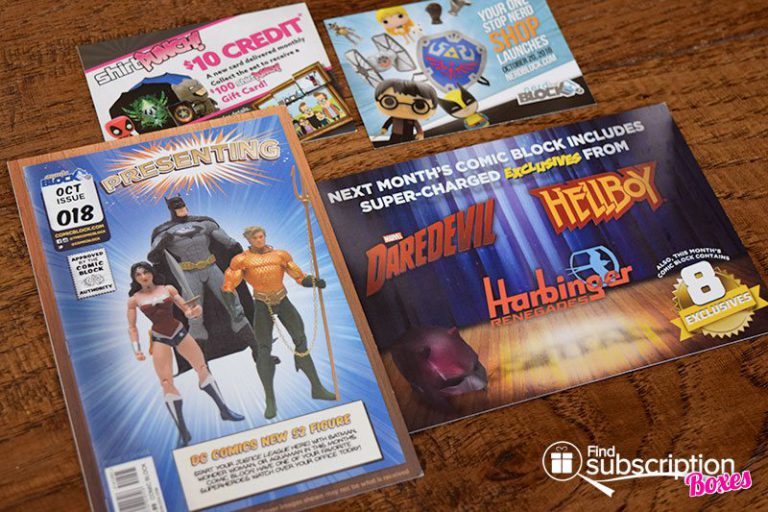 Here’s a first look inside our October Comic Block. 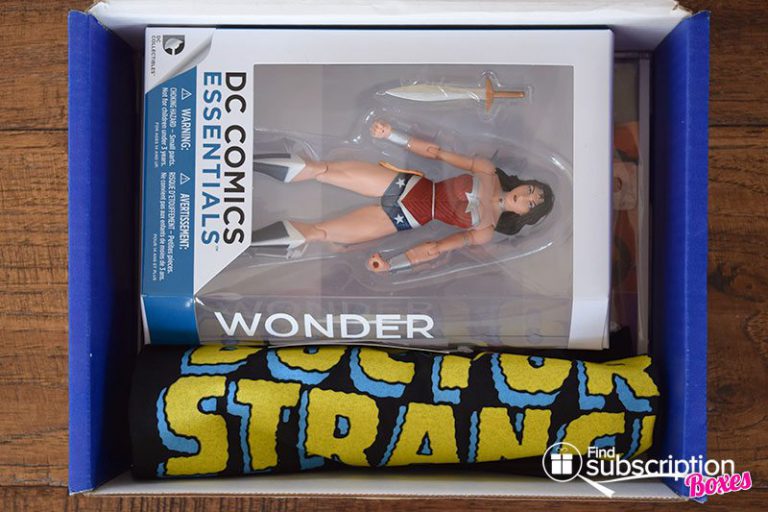 Inside the October 2016 Comic Block

There were 6 comic goodies in Comic Block’s October box.

Bonus: A $10 Shirtpunch.Com Credit is in every Block! This month there was also a $10 credit to the Nerd Block Shop.

October’s Comic Block comic book subscription box featured lots of exclusive comic collectibles and variant cover comic books. First up – the Doctor Strange t-Shirt featuring the comic book version of Doctor Strange wearing the Cloak of Levitation. (The movie is still in theaters if you haven’t watched it yet!)

This month’s figure was one of the members of DC Comics’s Justice League! We received Wonder Woman (whose own feature film is hitting theaters June 2, 2017.) Our Wonder Woman figure has moveable limbs and she’s geared up with her Lasso of Truth and sword.

For comic book art, Comic Block included a limited edition print by Fredrik Eden. In this print, Storm, Cyclops and the other X-men are brain-eating zombies!

There were three Issue #1 comics with exclusive variants. We enjoyed catching up with Mal, Zoe, and the rest of the Serenity crew on their latest adventure through the galaxy.  In Marvel’s Champions Issue #1, we catch up with a young group of heroes following Civil War II. Instead of fighting each other, they want to prove that super heroes can still bring hope and make the world a better place.

Finally, Warhammer 40,000 is based on the tabletop miniature wargame by Games Workshop. In the Will of Iron comic book, storms have receded from the Calaphrax Cluster. It’s a race between multiple forces to see who can gain access to the ancient relics, knowledge, and weapons that have been buried for ages.

What was your favorite October Comic Block comic collectible?