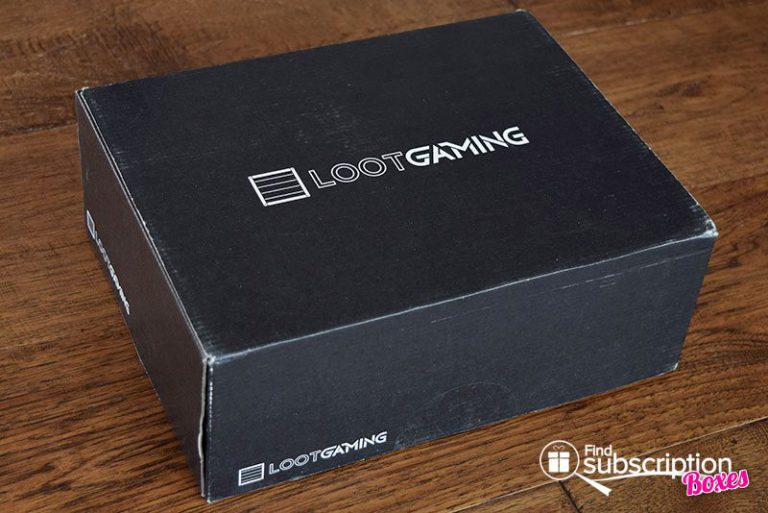 This month Loot Crate included a large poster that had descriptions of each month’s gamer collectibles on the back. 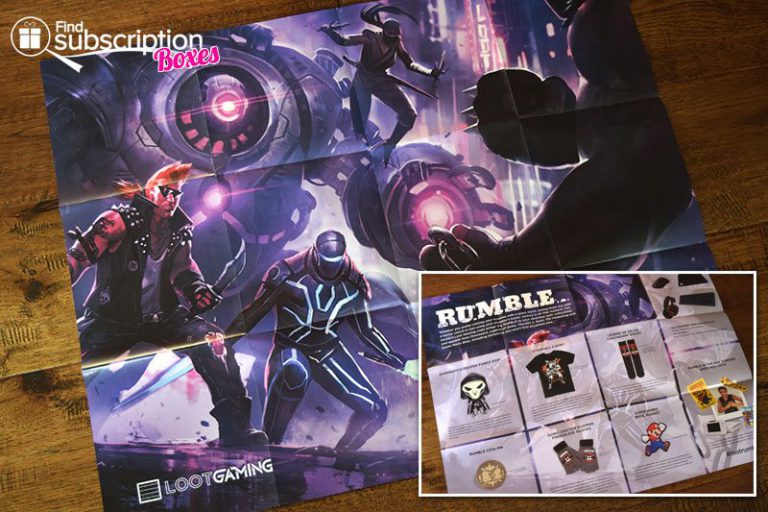 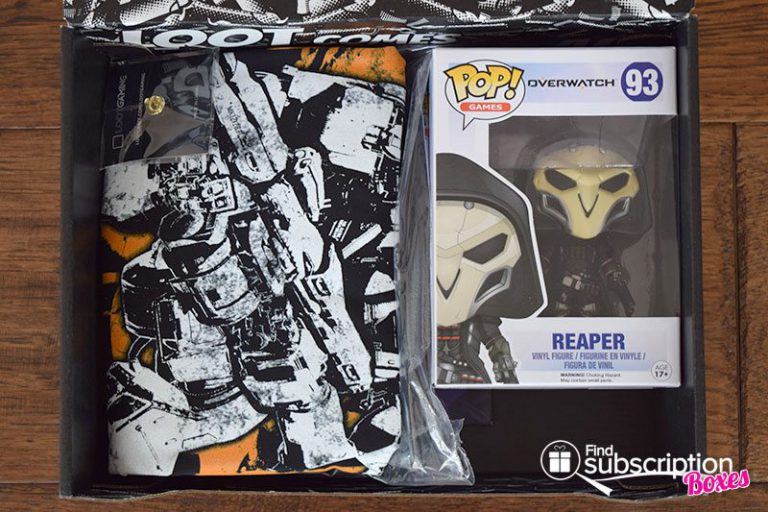 There were 6 video game items in the October Rumble Loot Gaming subscription box.

From Super Mario Bros. to Titanfall 2, the October Loot Gaming Crate delivered gamer collectibles from both retro and current popular video games. Released last month, Titanfall 2 introduced use to new Titans, the giant mechs you control in this multiplayer first-person shooter game. Tone is one of those Titans and this Titanfall 2 t-shirt features Tone ready for battle with her 40mm Cannon and Tracer Rockets.

There were two wearables in the Rumble Loot Gaming crate. The Legend of Zelda socks feature Ganondorf, the primary Legend of Zelda antagonist who seeks to acquire the Triforce to help him conquer the world. These socks show him before he was transformed into Ganon beast form by the power of the Triforce. Next are the Sonic the Hedgehog fingerless gloves. These gloves are perfect for touch-screen gaming while keeping your hands warm. In addition to the Robotnik icons, one glove says “Game” and the other glove says “Over.”

From Overwatch, the Reaper Funko Pop! vinyl figure is a new addition to our Pop! collection. In addition to his Hellfire Shotguns, this 3 3/4″ vinyl figure has the dangerous and ruthless mercenary’s ominous black robe, ammo belt and spooky mask.

The last video game collectible, the Super Mario Bros. magnet, features Mario leaping into the air and is a fun way to add gamer decor to your home or work space.

What was your favorite geek item from the October Rumble Loot Gaming crate?