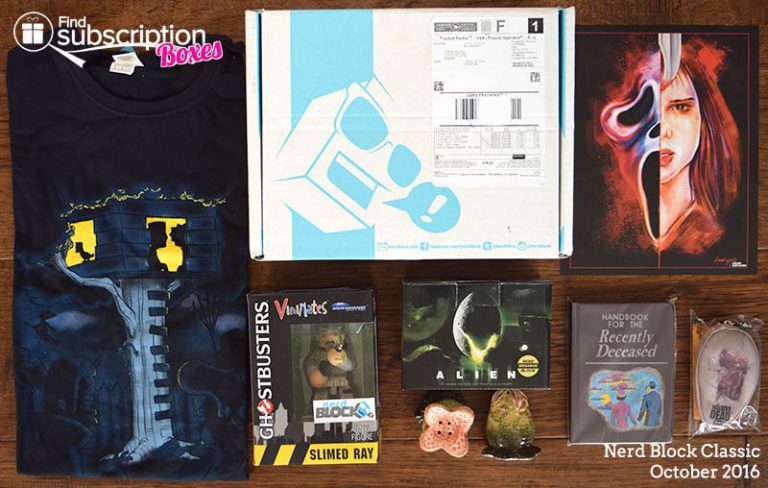 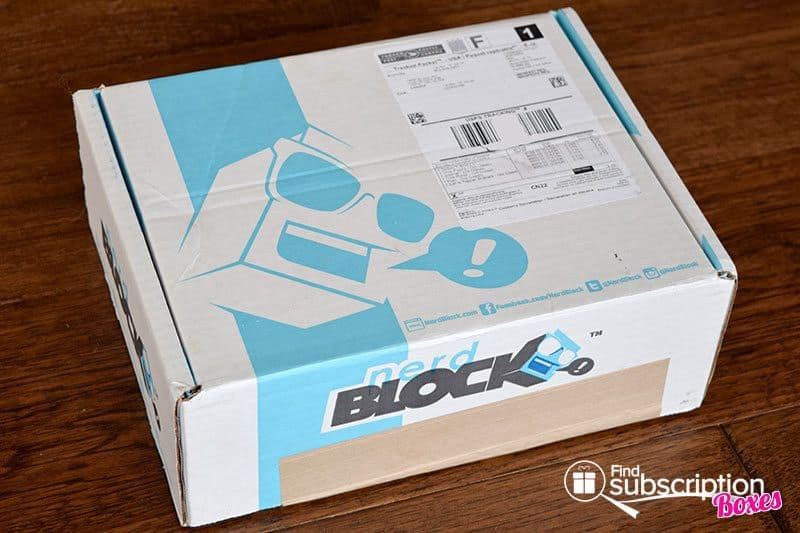 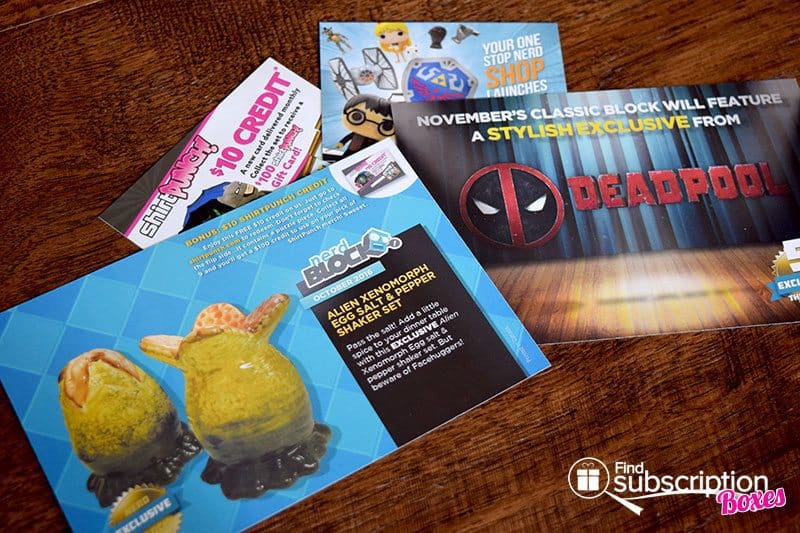 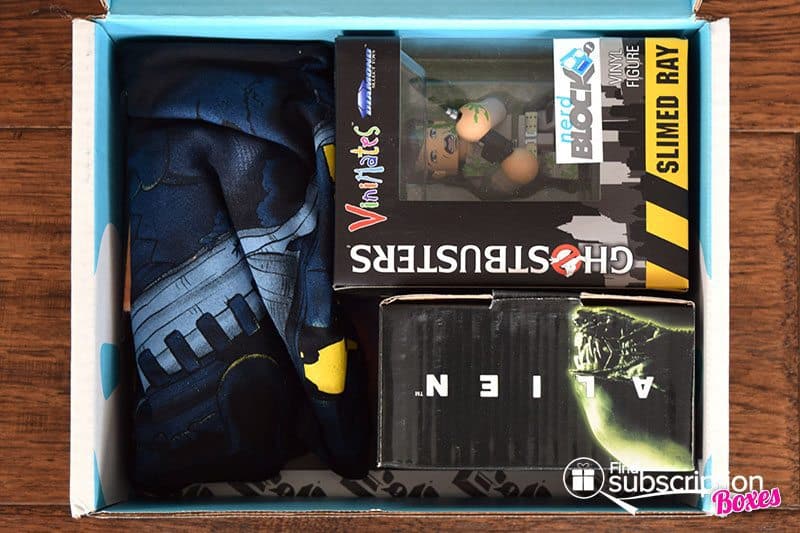 Inside the October 2016 Nerd Block Classic

There were 6 collectibles in our October Nerd Block Classic monthly nerd box. 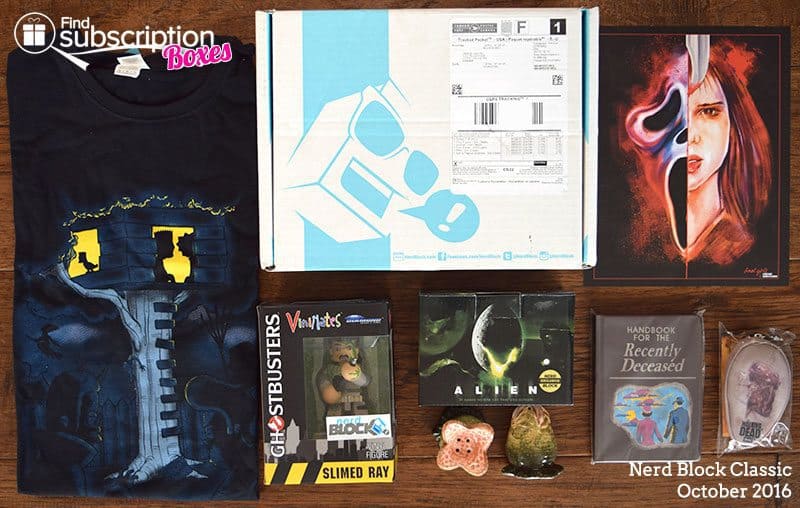 October’s Nerd Block was filled with Halloween-inspired nerd collectibles from popular scary movies and TV shows. The Simpsons t-shirt design has Bart and Lisa hanging out in their treehouse (of course) with two ominous figures standing outside. It was the perfect nerd shirt for watching this year’s annual Halloween Simpsons episodes.

Three spooky movies were featured in this month’s Nerd Block. The Scream art print pays homage to the cult classic scary movie. It has Ghostface on one side and Sidney on the other with an ominous knife blade appearing at the top. Next was the Ghostbusters vinyl figure. This Vinimates Ray Stanz figure is slimed and shows Ray holding a proton gun, ready to shoot any ghosts. For Alien fans, the salt and pepper shakers shaped like Xenomorph eggs are a fun way to season your food.

Inspired by Daryl’s zombie ear necklace, The Walking Dead coin purse is a unique way hold your spark change. Finally, you can log your battles against monsters and spirits, or jot down helpful reminders, with the Beetlejuice notebook.

What did you think of October’s Nerd Block Classic nerd box?