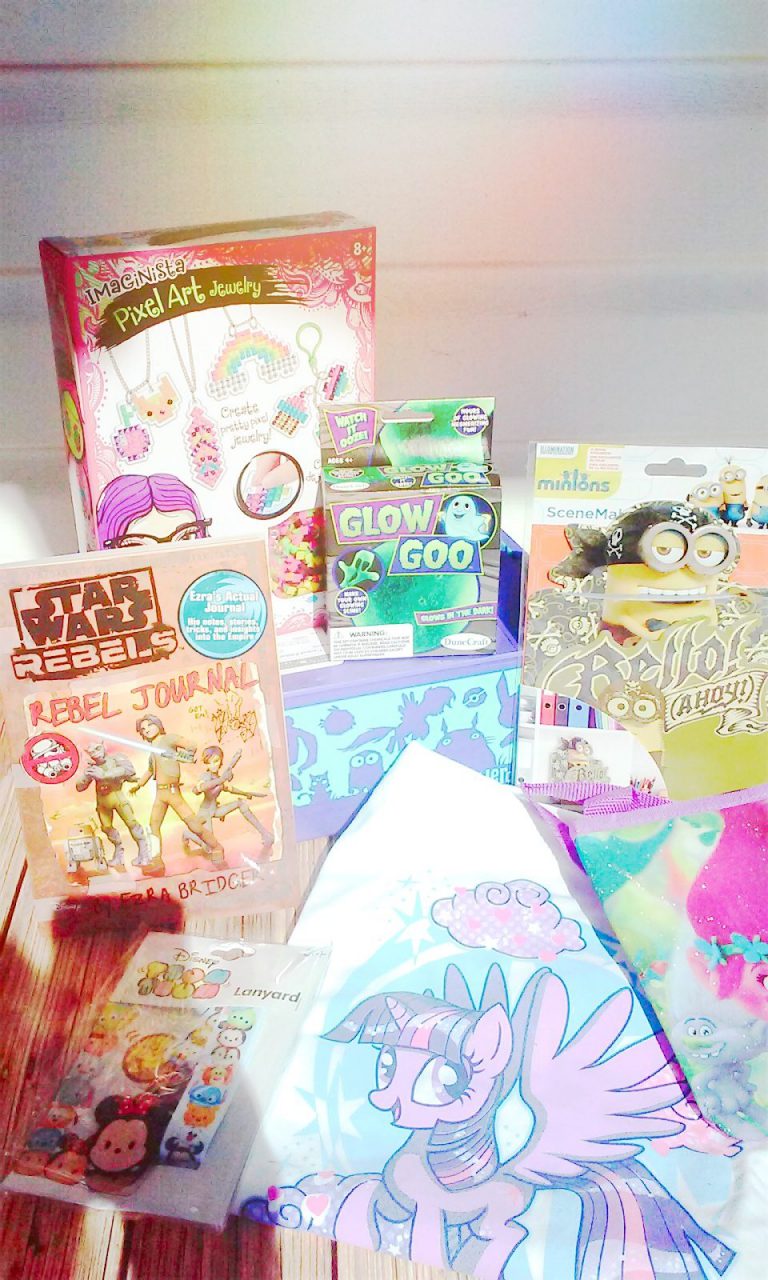 Just in case you haven’t read my previous reviews, Nerd Block Jr. for Girls is an amazing subscription for box for girls who happen to like tech and geek stuff like boys. Nerd Block Jr. for Girls is for girls ages 6-11 currently and you get an average of 4-6 toys per box. It is delivered monthly and it starts at $13.99 a month. That’s an amazing deal considering each box usually has a $40 value to it.

Inside the October 2016 Nerd Block Jr. for Girls

This month, our Nerd Block Jr. for Girls box had pixel art jewelry, a My Little Pony t-shirt, a Trolls bag, a Disney lanyard, A Star Wars book, Minions book art and Glow Goo. Mary’s personal favorites were the My Little Pony T-Shirt and the Pixel Art Jewelry set. Although we didn’t keep the other items, they were still a fun addition to the box this month.

Overall the October box had a lot of fun characters in it that were perfect for a techie girl. And now that shirts are included, we are super excited to see what we get every month. Mary has really started to love clothes and fashion so that’s her favorite part of seeing the box now!

Which was your favorite October 2016 Nerd Block Jr. for Girls nerd item?