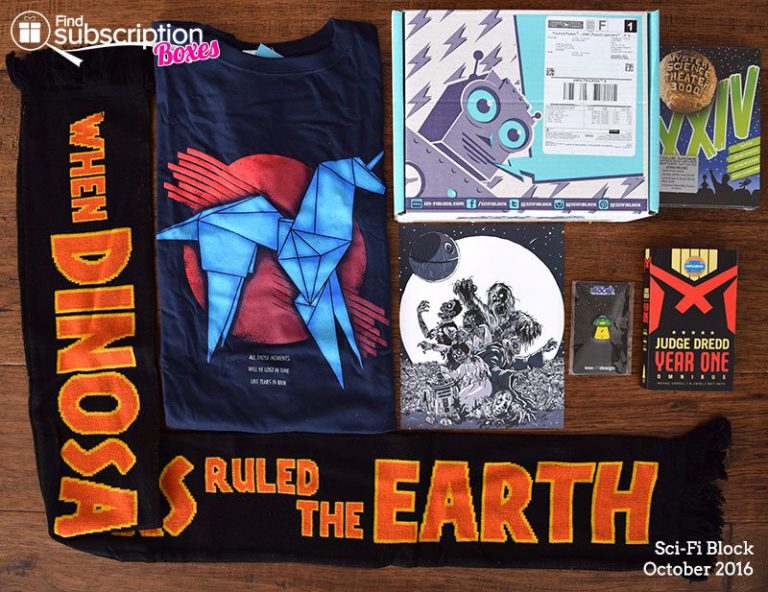 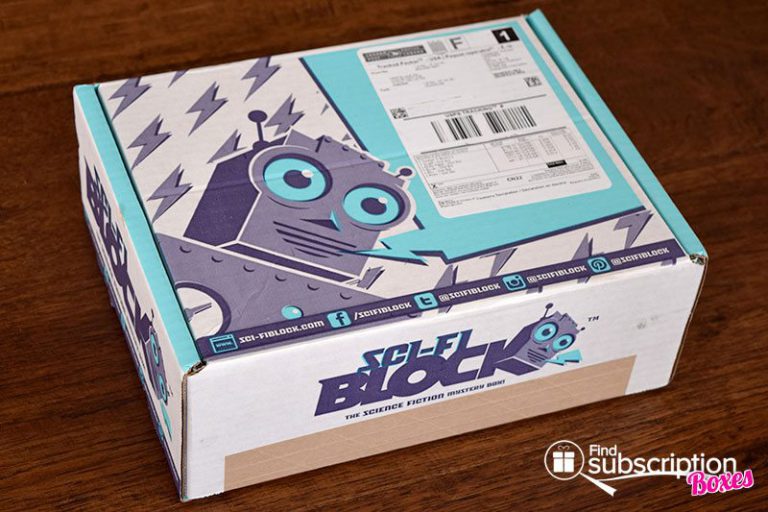 Sci-Fi Block includes a product card that has the describes each of the science fiction collectibles in the monthly sci-fi box. They also shared box spoilers for November’s Sci-Fi Block – exclusively licensed items from The Terminator, Alien and Predator! 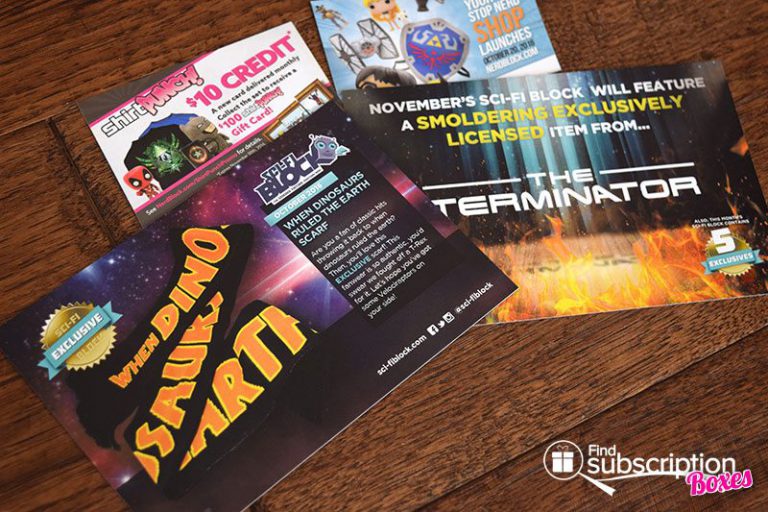 Here’s a first look inside our October Sci-Fi Block. 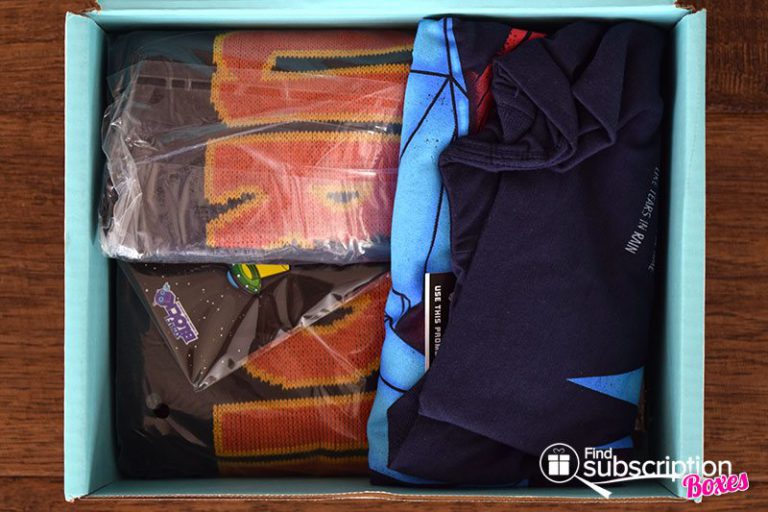 Inside the October 2016 Sci-Fi Block

There were 6 sci-fi items in our Sci-Fi Block October 2016 monthly sci-fi box.

October’s Sci-Fi Block delivered a great mix of sci-fi collectibles. This month there were two wearables. The When Dinosaurs Roamed the Earth scarf is the perfect Winter geek accessory. The tagline is printed on both sides of the scarf, which is thick and long enough to wrap around your neck a few times for extra warmth. Next is the Blade Runner t-shirt which features the origami unicorn that Gaff left in Deckard’s apartment.

There were also two entertainment items in the October Sci-Fi Block. If you love the cheesy and kooky B-rated sci-fi movies, the Mystery Science Theatre 3000 DVD collection is just for you. It has a set episodes from the cult comedy series Mystery Science Theater 3000, where janitor Joel Robinson is launched into space and forced to watch B movies as part of two mad scientists’ plot to create the perfect B-movie and use it take over the world. For the science fiction readers, Judge Dredd Year One introduces us to Joe Dredd as a rookie and follows his early days and new adventures as a Mega City-One Judge.

The Star Wars art print is a Star Wars and zombie mash-up. It’s a gruesome way to see some of our favorite Star Wars characters. Finally the Alien Abduction pin is a colorful pin that shows someone being beamed up into a UFO. Pin it onto a jacket or bag to add some sci-fi flare.

What was your favorite October Sci-Fi Block nerd collectible?