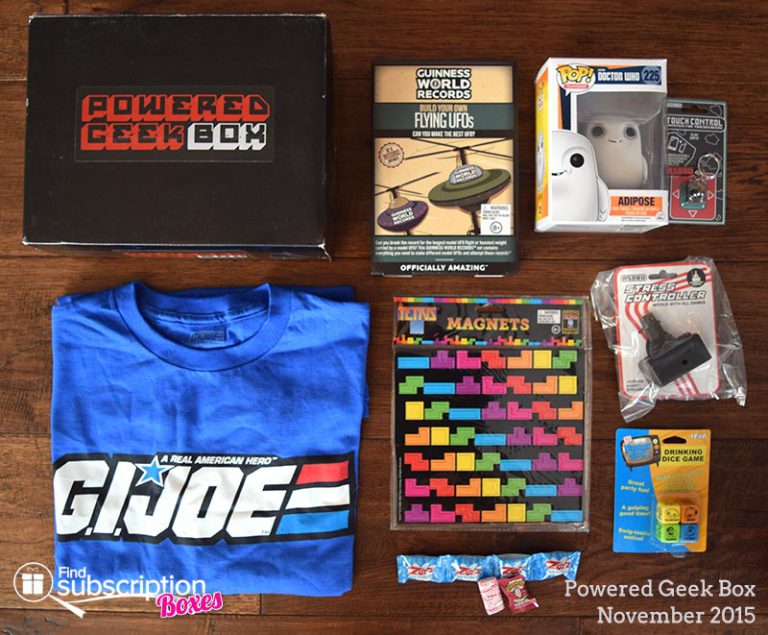 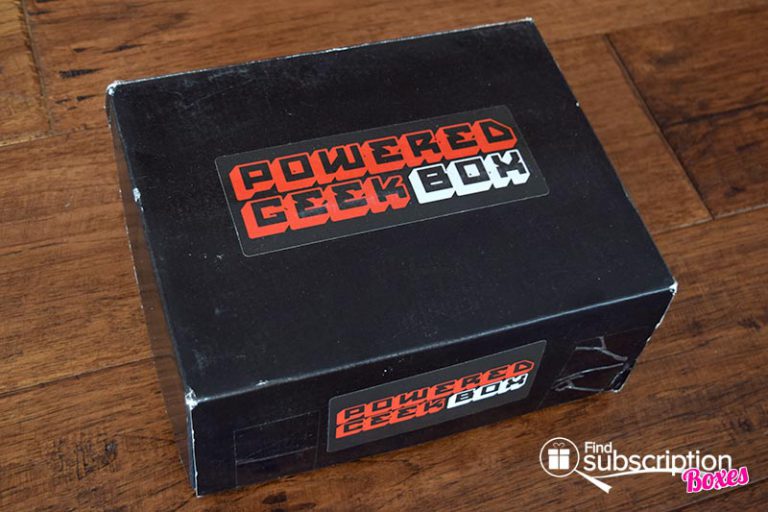 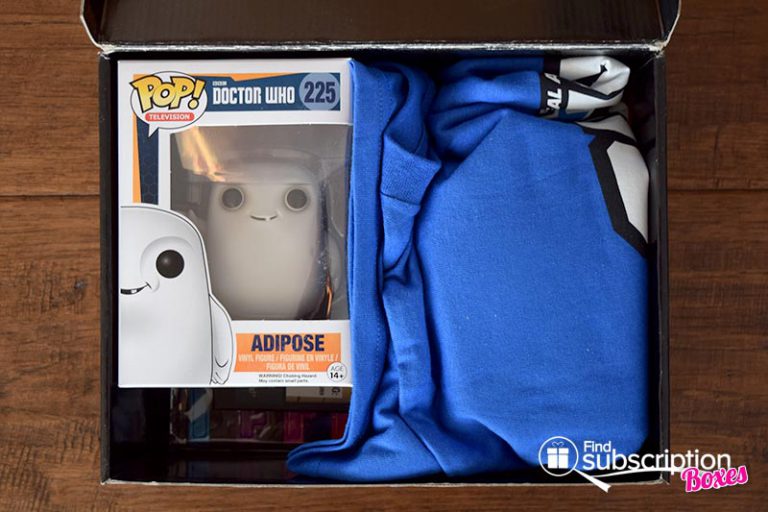 There were 7 geeky and nerdy items in our Powered Geek Box November box.

The Powered Geek Box November 2015 monthly geek box had officially licensed items from both US and international geek franchises. Funko Pop! vinyls are always a big hit and Adipose is a great addition to our Doctor Who collection. The G.I. Joe t-shirt is the perfect geek shirt for all-American geeks. The magnets, stressball and joystick are great nods to classic video games.

What was your favorite November Powered Geek Box item?