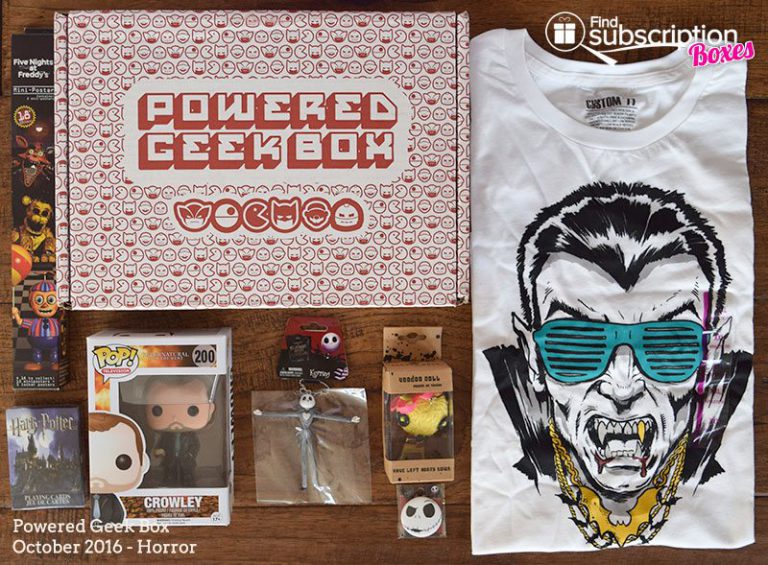 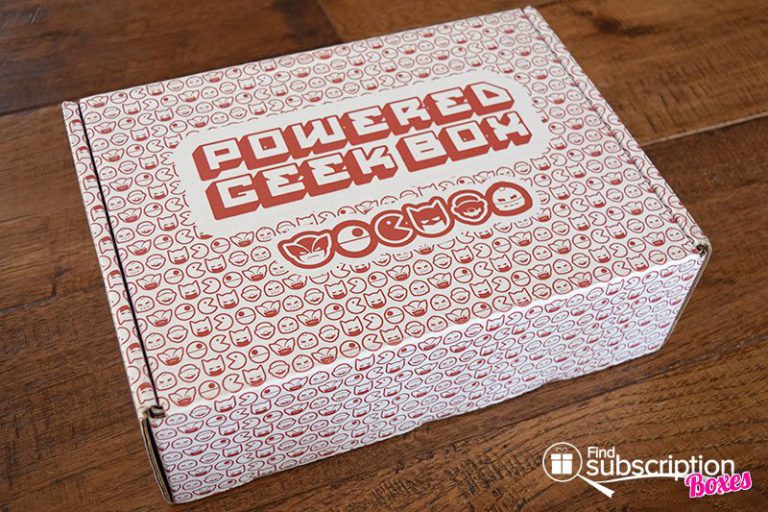 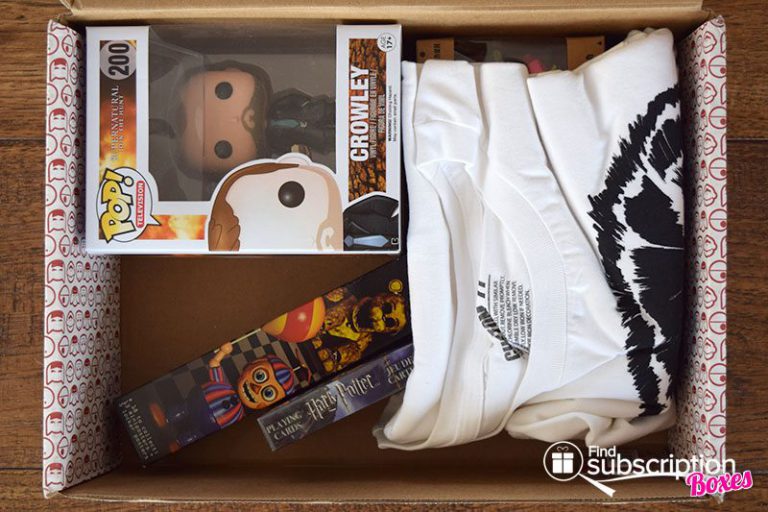 There were 7 geek and nerd items in our October Powered Geek Box.

The Harry Potter playing cards are standard poker sized cards. Each card is design with an item featured in the books, like the Maurader’s Map and Triwizard Cup.

Crowley is the demon who frequently fights against, and sometimes appears to help, Sam and Dean in their fight against the Supernatural. This 3 3/4″ Crowley Funko Pop! figure wears a black suit and light blue tie.

Two Nightmare Before Christmas collectibles were in the box. The first was a Jack Skellington keychain and the other was a pin to add a little spooky to your outfit or bag.

There were two Five Nights at Freddy’s mini posters in the box – one has Spooky Rabbit ready to rock. The other design is Freddy Fazbear in the style of the Vitruvian Man by Leonardo Davinici.

What was your favorite October Powered Geek Box item?

Get a sneak peek into the December 2016 Powered Geek Box! 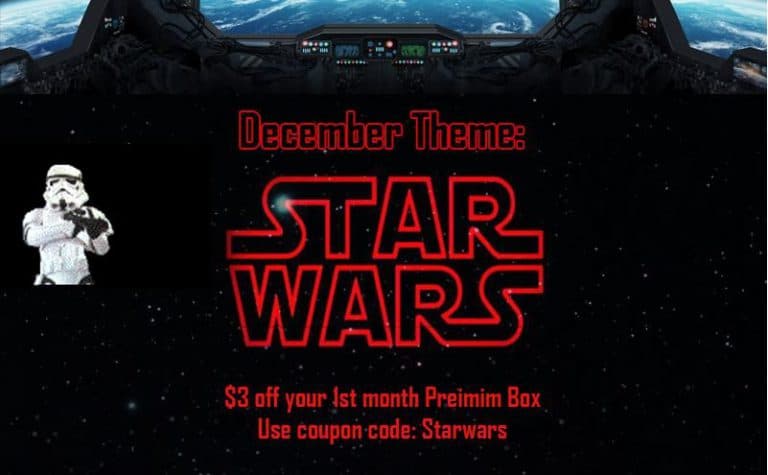