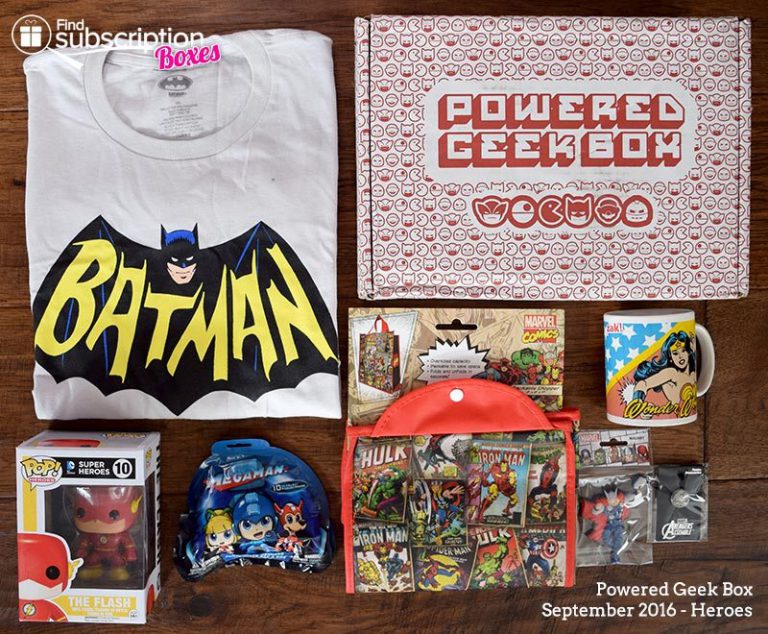 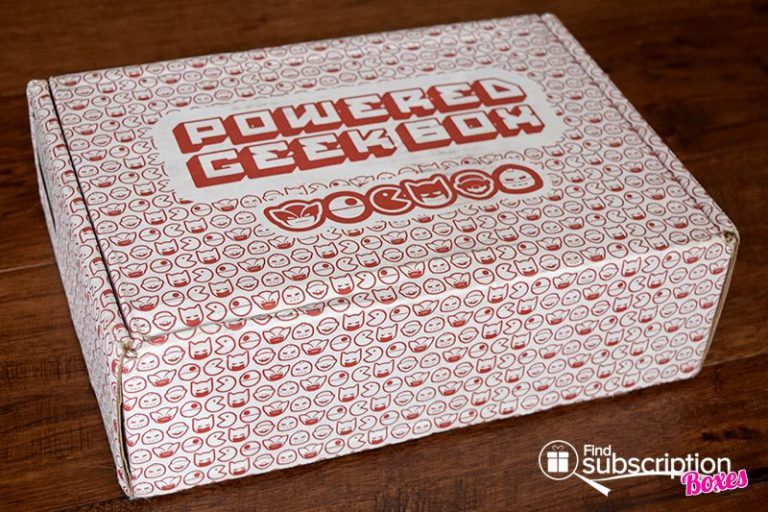 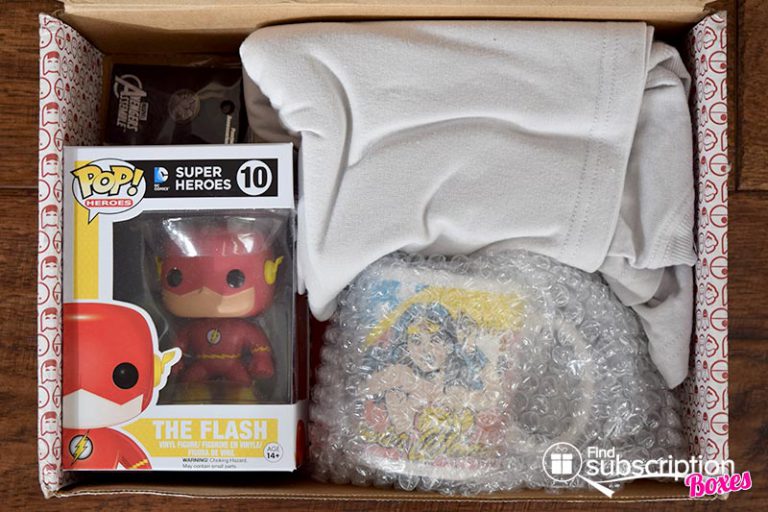 There were 7 geek and nerd items in our September Powered Geek Box.

September’s Powered Geek Box was packed with geek collectibles featuring some of our favorite heroes. Starting with the Batman t-shirt which is simply AWESOME. We love that it has the classic Batman logo from the Batman TV show starring Adam West and Burt Ward. Another great retro super hero item is the Wonder Woman mug. With the new Wonder Woman popping up in Batman v. Superman and the latest Justice League trailers, and the new movie release in June 2017, it’s great getting a head start on our Wonder Woman Collectibles.

There were two figures in the September Powered Geek Box. First up was The Flash Funko Pop! vinyl. Standing 3 3/4″ tall, this The Flash figure has a moveable head and has Barry Allen wearing The Flash outfit first introduced in the 1956 comic books. Next is the Mega Man mystery figure. Each blind bag has one of 10 classic Mega Man characters that you can hang on your backpack or purse.

Finally, we had three items from Marvel. The Marvel Comics shopping bag is a great accessory for geeks with families or eco-friendly geeks. You can use it to conveniently carry groceries or other items. It easily folds up for storage when not in use. The Thor magnet is a great decoration for your refrigerator or other metal surfaces. The Avengers pin features S.H.I.E.L.D’s logo and is a subtle way to show off your Marvel fandom.

What was your favorite September Powered Geek Box item?

Get a sneak peek into the November 2016 Powered Geek Box!