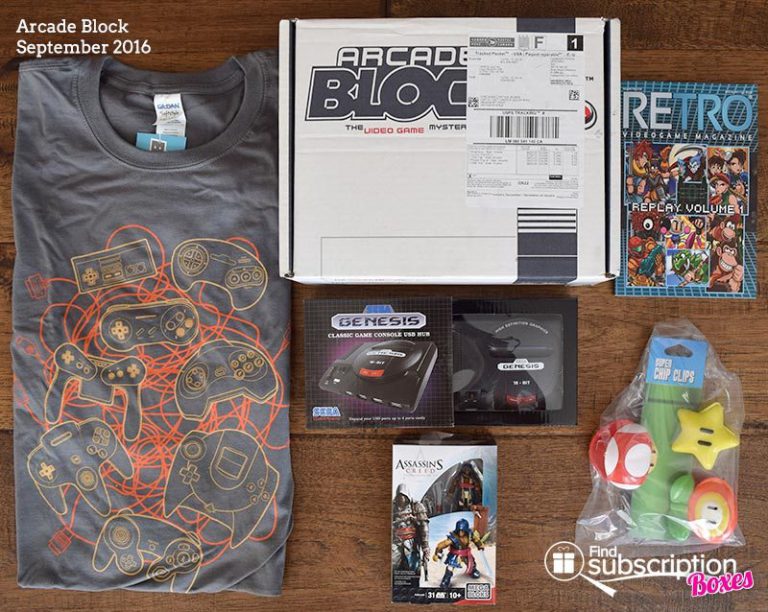 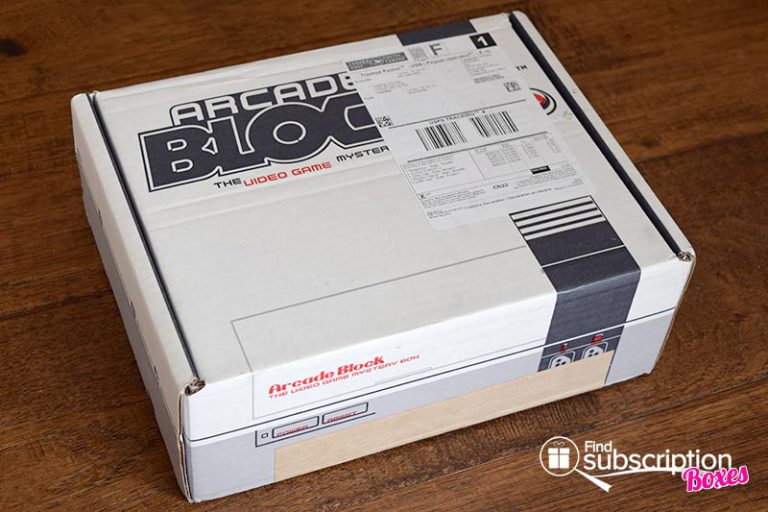 Arcade Block includes a product card that shares information about the gamer collectibles in that month’s box. There was also a spoiler for the October Arcade Block. 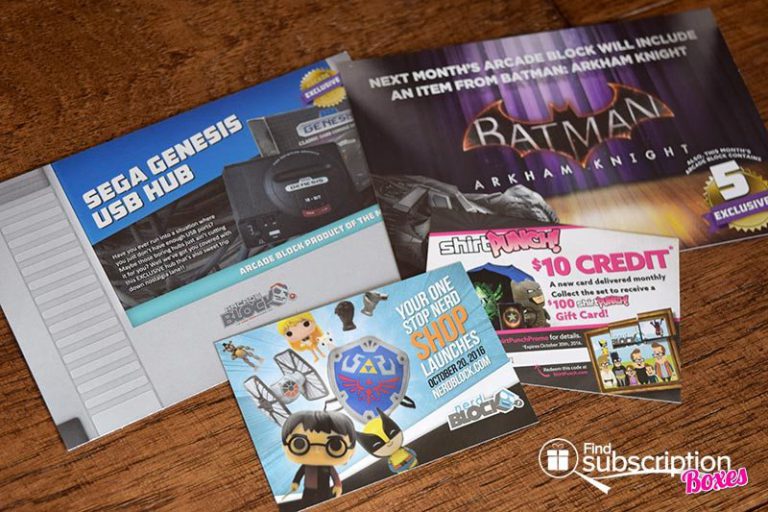 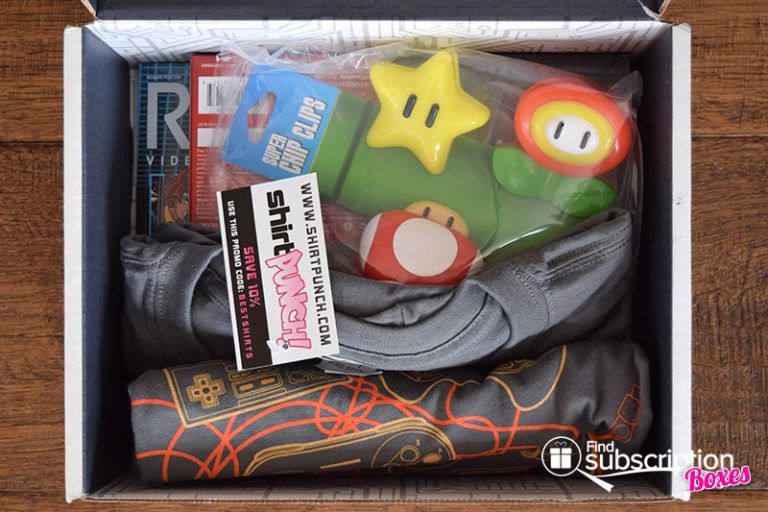 Inside the September 2016 Arcade Block

There were 5 collectibles in our September Arcade Block monthly box for gamers.

Bonus Item: $10 ShirtPunch Credit. Collect all 9 pieces and get a $100 credit to ShirtPunch. There was also a $20 credit to the new Nerd Block Store which launches on October 20, 2016.

From the USB hub to uber cute chip clips, we loved the mix of video game items in our September Arcade Block. The Sega Genesis USB hub is shared as a SEGA Genesis console and has 4 USB ports. This is a handy computer gadget for gamers that have a lot of accessories.

The Classic Console Controller T-Shirt has outlined designs that give a “history” of classic video game console controllers including the original Nintendo game controller to the Sega Dreamcast controller. Speaking of Nintendo, the Super Mario Bros. Chip Clips are perfect for saving snacks while you game. The clips are shaped after the star, mushroom, and fire flower.

The Assassin’s Creed Mega Bloks Collector Construction Set has 31 pieces you use to build an Adéwalé figure. The set includes an authentic assassin’s hood and vest, his signature machete and a pistol.

Finally, the RETRO Videogame Magazine Replay Volume 1 is 198 pages and gives an insider look at a bunch of popular video games. Articles include Retropectives on Donkey Kong Country and Halo, as well as special features about Game Boy and Mortal Kombat.

What was your favorite September Arcade Block video game item?