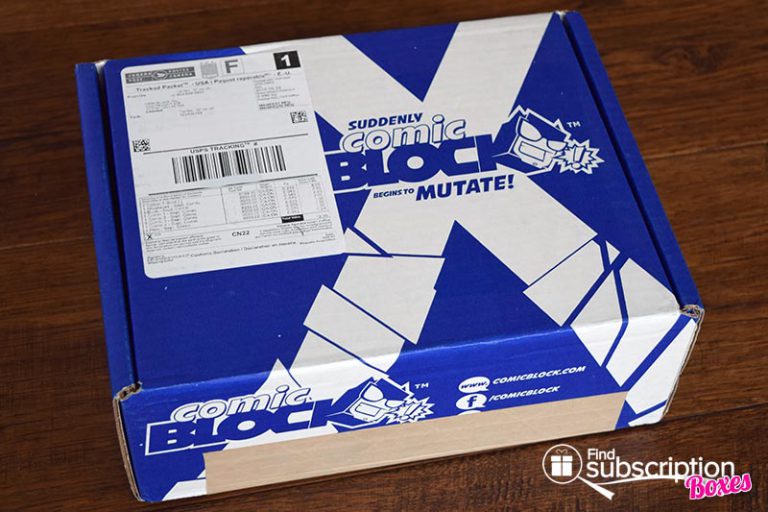 Comic Block includes a product card describing each of the comic book collectibles in the monthly comic box. There was also box spoilers for October’s Comic Block – 3 EXCLUSIVE comic variants and an exclusive Doctor Strange item! 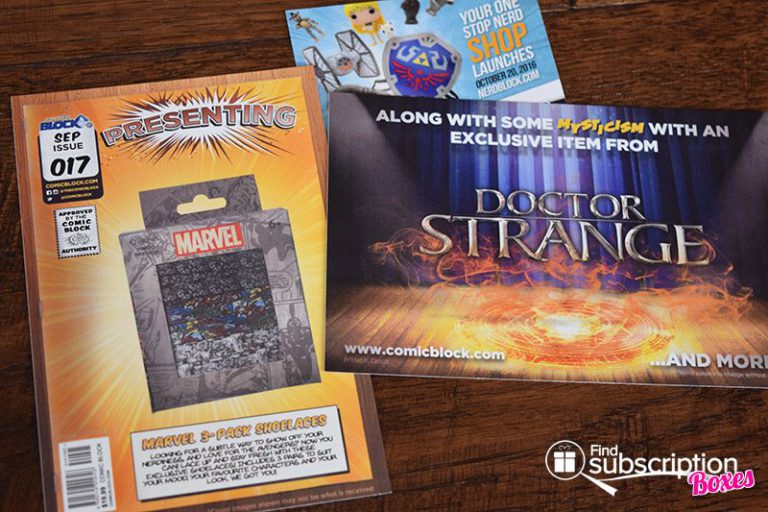 Here’s a first look inside our September Comic Block. 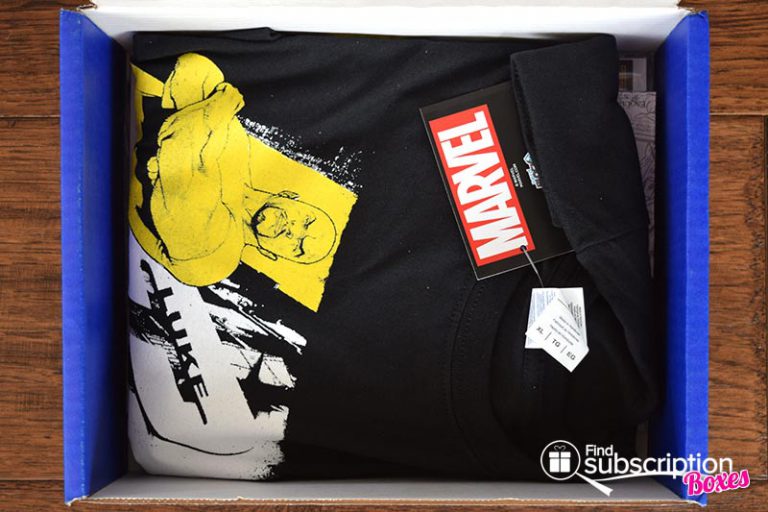 Inside the September 2016 Comic Block

There were 7 comic goodies in Comic Block’s September box.

Bonus: A $10 Shirtpunch.Com Credit is included in every Block!

September’s Comic Block was packed with comic book collectibles and Issue #1 comics. There were 3 items from Marvel comic’s in the box. Our favorite item was the Luke Cage t-shirt. Netflix just released their new Luke Cage series and this t-shirt features Power Man (aka Carl Lucas) ready for action.

Another Marvel exclusives are the fun Avengers shoelaces. Measuring 42″ long, each pair has a different design featuring different Marvel characters including Spiderman, Captain America and The Hulk. Two of the pairs of shoelaces have a black and white design. The other shoelaces are colorful so you can virtually any pair of shoes.

The is the seconds “Marvel’s The World According to…” book we received. These books are a lot of fun and provide back stories and other fun facts about our favorite Marvel characters. In The World According to Wolverine by Matthew K. Manning, and illustrated by Stephen Mooney, Wolverine shares his family history, his travels across the globe, and his journey to becoming an X-Man. A large Wolverine poster is included in the back of the book.

In DC Comics’ DC Universe Rebirth Supergirl #1, we get a brief intro to Kara Zor-el and her childhood. It then follows Kara Danvers as she adapts to life on Earth, helping people in need, and her work with the DEO (Department of Extranormal Operations).

The other 3 Issue #1 comic books are new for us. We look forward to starting these new comic book series.

What was your favorite September Comic Block comic collectible?