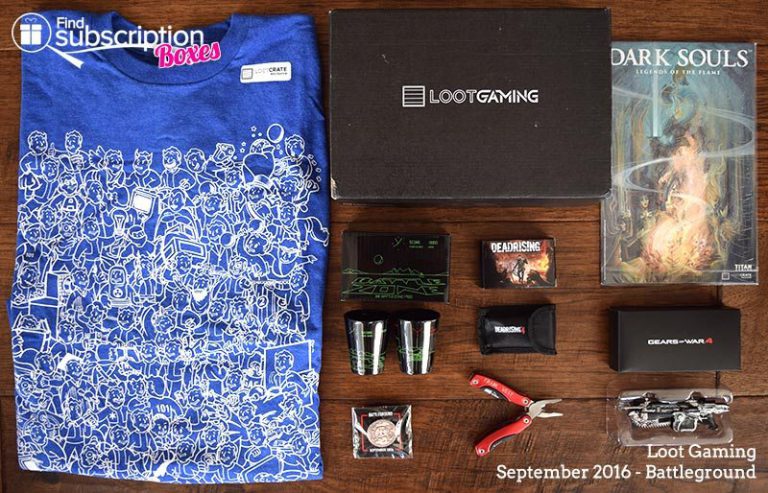 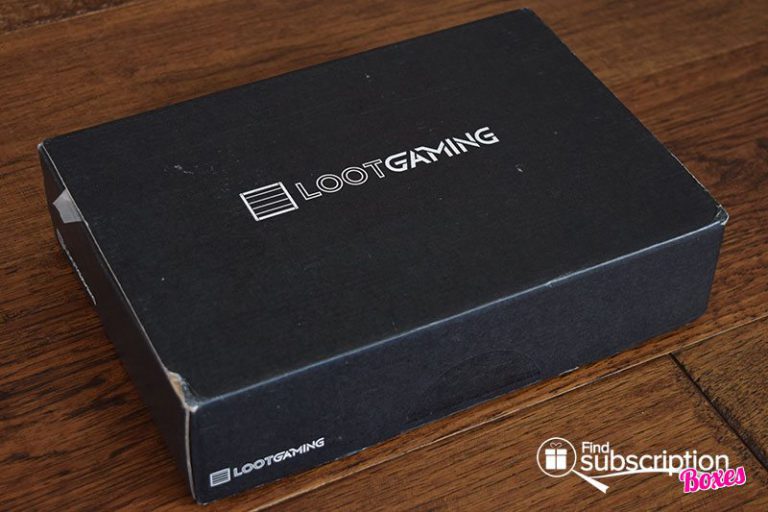 This month Loot Crate included a large Battleground poster that had descriptions of each month’s gamer collectibles on the back. 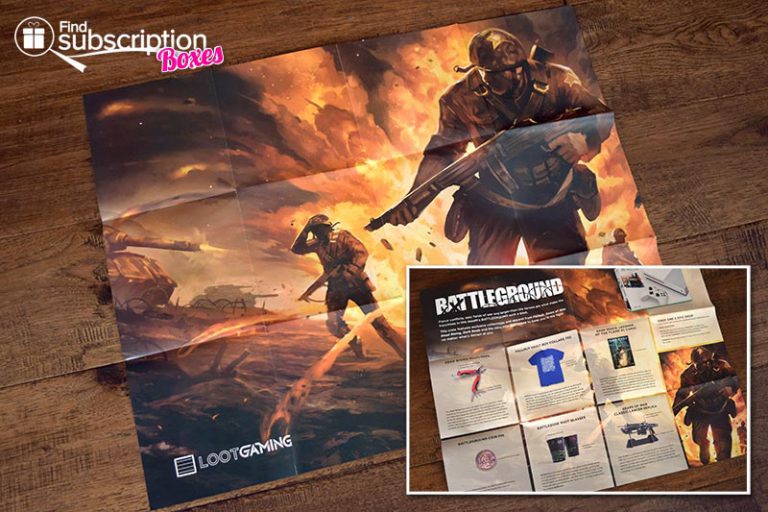 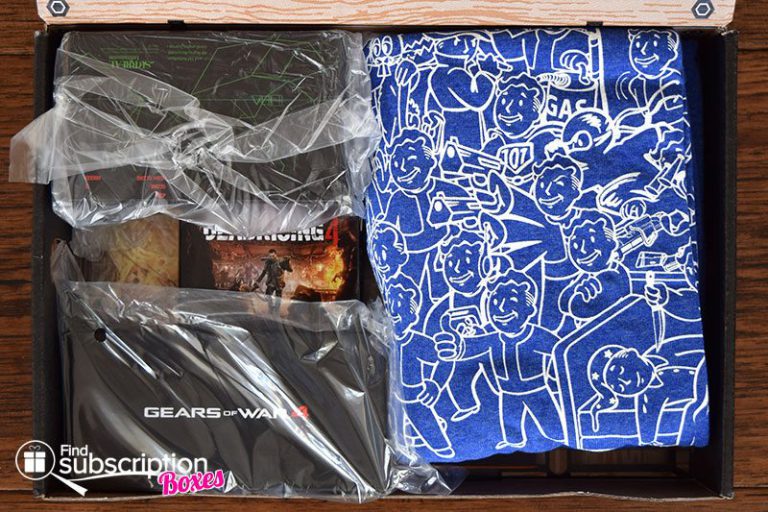 There were 6 video game items in the September Battleground Loot Gaming subscription box.

September’s Loot Gaming crate was filled with exclusive items from a variety of battle and war-inspired video games. We love the bright blue Fallout Vault Boy t-shirt. It has outlines of different versions of the Vault Boy, the official mascot of the Fallout universe, designed in Where’s Waldo style.

The Dead Rising Multi-Tool is a practical collectible for any gamer. It has a screwdriver, bottle opener nail file, flashlight, and pliers that fold to fit into a small pouch. One handle is etched with “Frank West”, the main character of the game.

The Lancer Replica comes with a stand so you can showcase this chainsaw/machine gun combo. This battle-worthy gun replica is very detailed and even has spatters of blood on the end.

After a day of battle, you can relax with a round of drinks from the Battlezone shot glasses. One glass has the map screen and the other shot glass has the Game Over screen.

The Dark Souls comic book introduces new stories based on the Dark Souls franchise. The short stories tie into the world of the game and emulate player story lines.

What was your favorite geek collectible from the September Battleground Loot Gaming crate?