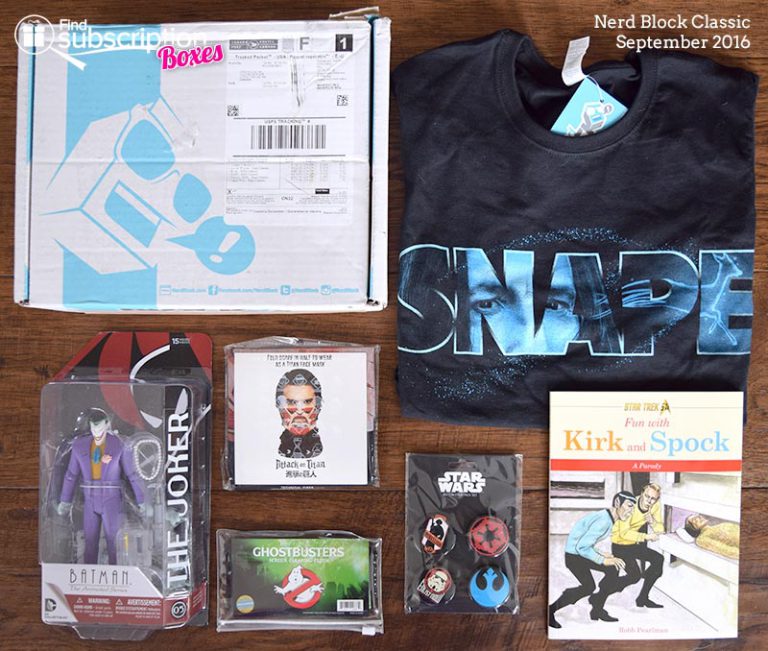 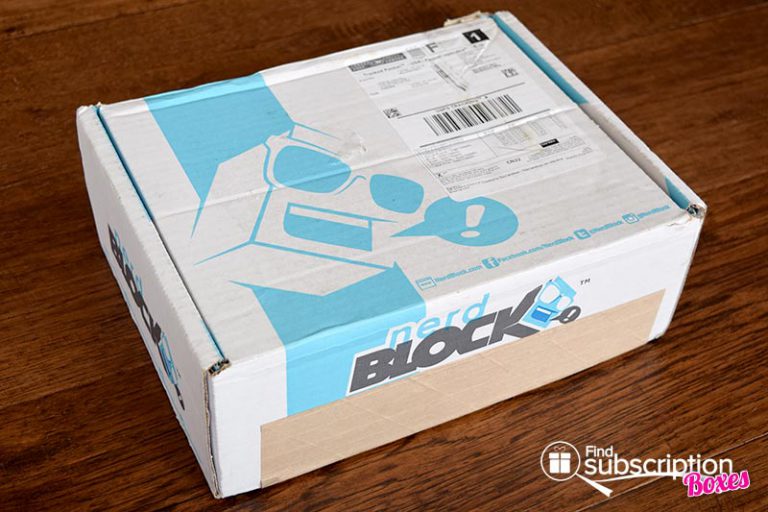 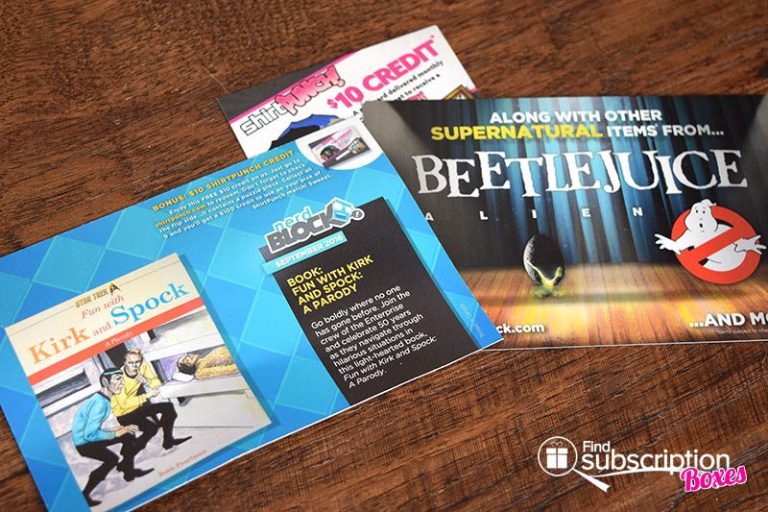 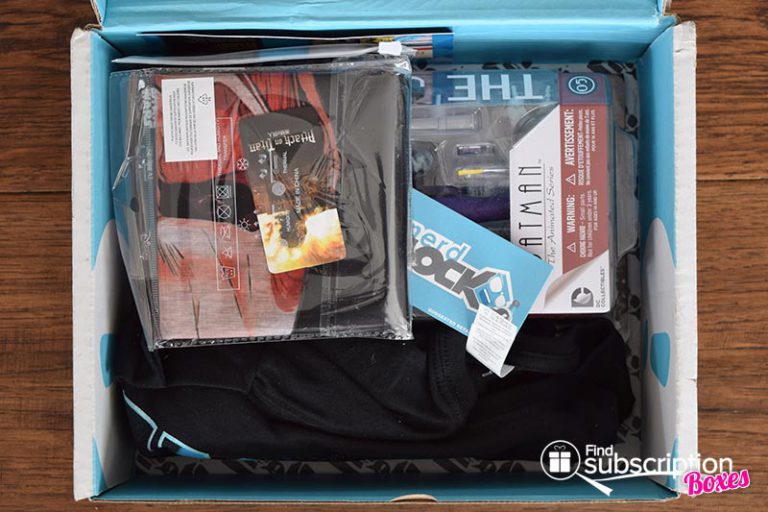 Inside the September 2016 Nerd Block Classic

There were 6 collectibles in our September Nerd Block Classic monthly nerd box.

We received The Joker figure from DC Comic’s Batman: The Animated Series. This figure is jointed so the arms and legs can move and it comes with various accessories like a spy glass, purple comb, and knife. It also has replaceable hands so the figure can hold the different items.

The Attack on Titan scarf is made of a thin microfiber material. You can fold it in half to wear it as a Titan Face Mask. It’s also a headband, neckerchief, scarf or headband. It’s very versatile.

Another useful item is the Ghostbusters cleaning cloth. When folded out, it says “Who you gonna call?”. It’s perfect to clean your monitors or screens before your next gaming session.

Fun with Kirk and Spock: A Parody by Robb Pearlman gives a humorous look at some of the Star Trek characters in simple children’s book style. Think Dr. Seuss or See Spot Run.

Finally, the Star Wars pins are great for geeking up your backpacks, bags or jackets. Two pins represent the rebellion while the other two support the Galactic Empire. Which will you choose?

What did you think September Nerd Block Classic nerd box?