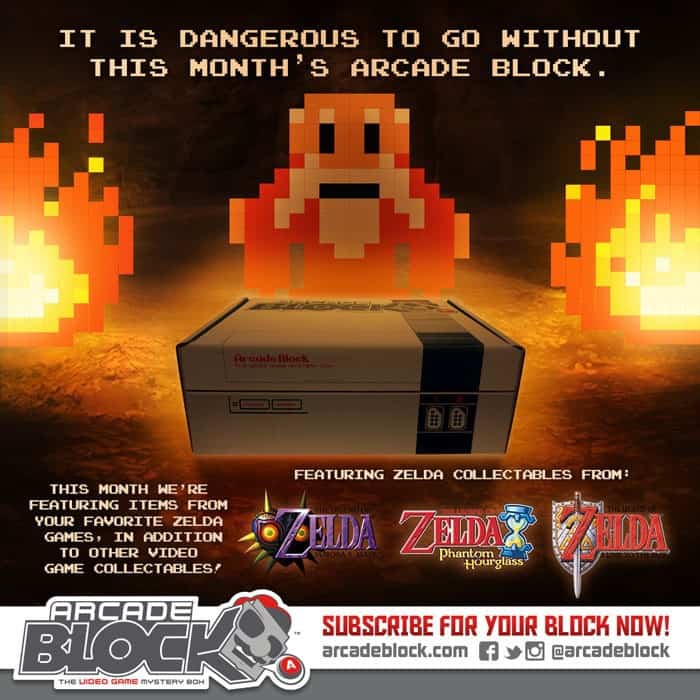 The February 2015 Arcade Block box spoiler is The Legend of Zelda!

Do you remember the first time you played Zelda? What do you think about the first Arcade Block February box spoilers?