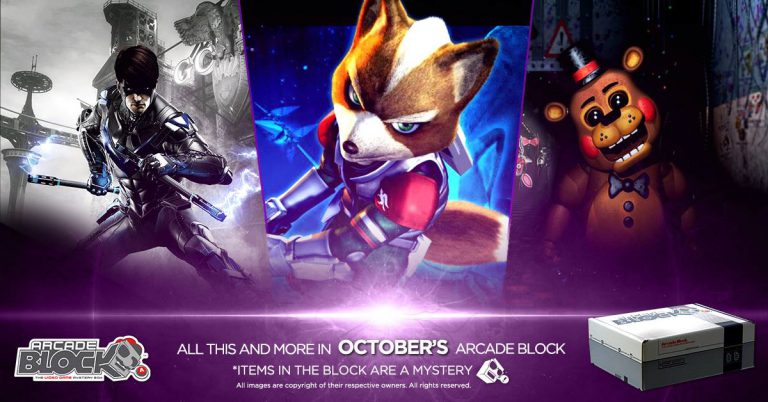 October’s Arcade Block is setting the high score with Batman Arkham Knight, Star Fox and Five Nights at Freddy’s! Plus, speeding into action this month will be an item from Mario Kart!

What do you think about the Arcade Block October 2016 box spoilers? Subscribe by October 25, 2016 to reserve the October video game Arcade Block!