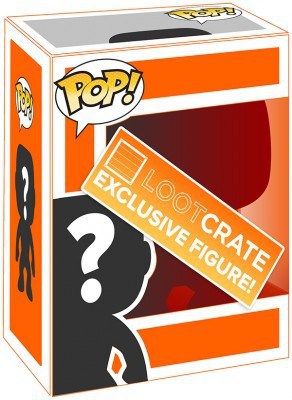 Last week, we posted the theme of the August 2014 Loot Crate box: HEROES! With a Loot Crate subscription, you’ll receive a new themed box for gamers and geeks delivered to your door for less than $20 a month shipped.

This month we have assembled an awesome collection that celebrates the good guys. Items in our crate draw from HEROES in both geek & gamer lore.

Today, we are sharing a box spoiler for the August Loot Crate. Your August crate will include an EXCLUSIVE Funko POP! collectible variant that you won’t be able to get anywhere else.

Let us know what you think about the August Loot Crate theme and box spoiler in the comments below!

Want to subscribe to Loot Crate and get the August crate? Use code FINDBOXES to save 10% off your Loot Crate subscription!