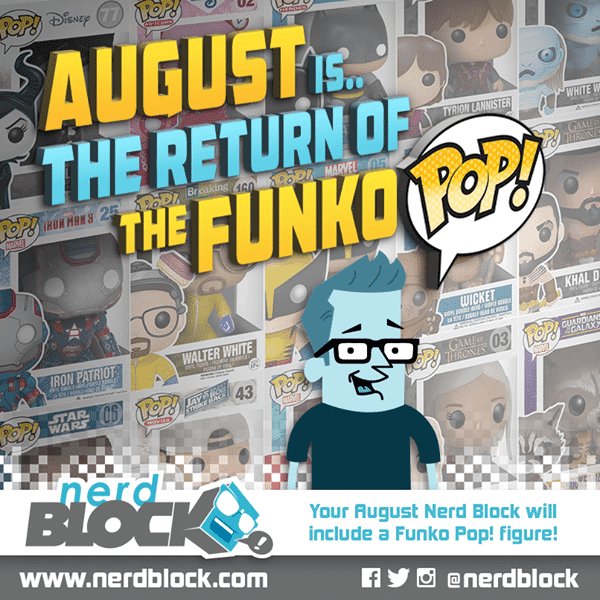 In addition to the custom t-shirt that is included in every Nerd Block, August’s Nerd Block will include a Funko Pop! Vinyl figure.

Are you excited to see which Funko Pop! Vinyl figure will be in your August Nerd Block?

Save 10% off all Nerd Block subscriptions when you use code SUPERHERO at checkout.