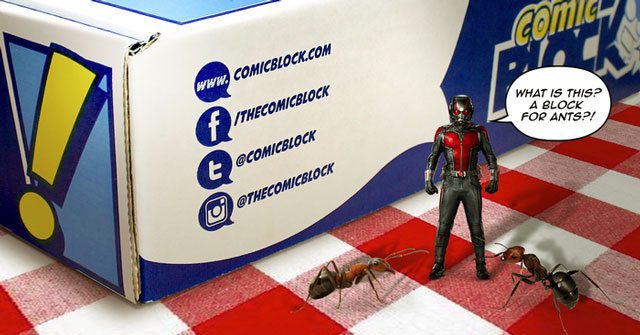 What is that? It’s so tiny…The July Comic Block has a great Ant-Man item this month, just in time for the movie release!

What do you think the Ant-Man Comic Block item could be?

Save 15% Off Monthly Comic Block Subscriptions