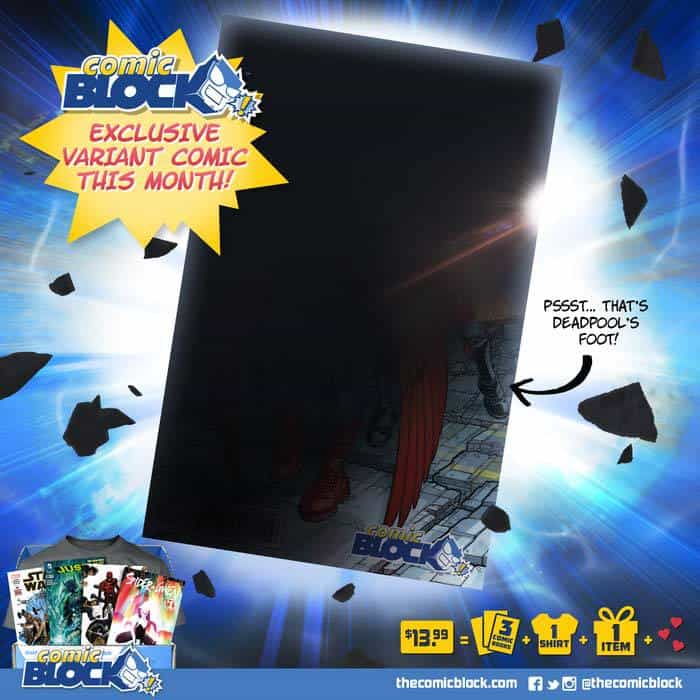 We have our very first Comic Block box spoiler! Here’s a sneak peek at one of the comic themed items in the May 2015 Comic Block!

The Comic Block May 2015 block will feature a Marvel comic with an exclusive variant cover!

Comic Block has an EXCLUSIVE variant cover comic in their first block!

We’re guessing that this cover features Captain America and Deadpool. Any guesses for which comic book this could be?

What do you think about the first Comic Block May 2015 block spoiler?

Save 10% Off Monthly Comic Block Subscriptions