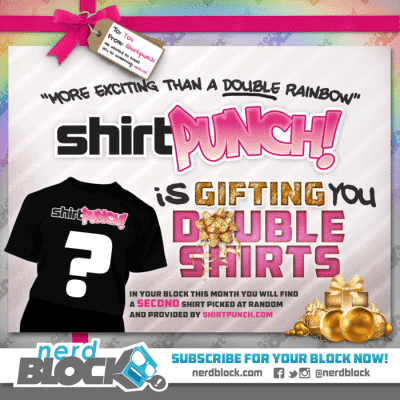 In your block this month you will find a SECOND shirt picked at random and provided by SHIRTPUNCH.COM.

In addition, the Nerd Block December Box will feature a Gremlins item!

The December block will feature a great Gremlins item, that we know you are going to get a kick out of!

Which December 2014 Nerd Block box spoiler are you most excited to receive?