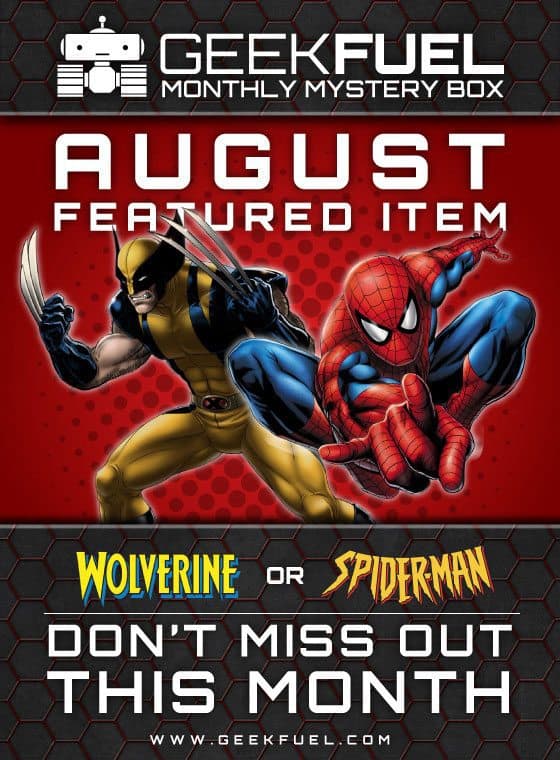 The August 2015 Geek Fuel subscription box for geeks will include an officially licensed item from either Wolverine or Spiderman! (Each box will include one or the other.)

Don’t forget, every Geek Fuel box includes an exclusive geek t-shirt plus an activation code for a downloadable game from Steam. Subscribe today to reserve your August Geek Fuel gamer and geek box.

Do you want the Wolverine or the Spiderman item in your Geek Fuel August 2015 box?