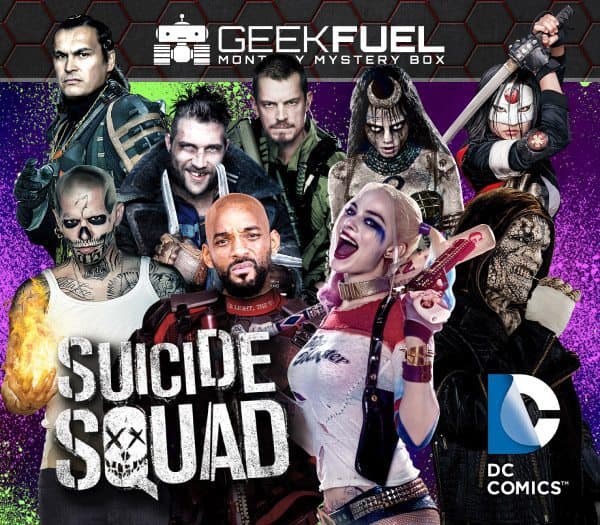 This August, the gang’s all here. Deadshot, Harley, Killer Croc, Boomerang, Diablo, Flagg and the rest of the Suicide Squad is in the box! We’re under strict instructions from Waller not to reveal too much, but needless to say, this month’ box is gonna be killer, and it’s Suicide Squad item is 100% exclusive to Geek Fuel.