We’ve got just the thing to keep all you aspiring wizards looking fresh throughout the winter months. Join today to don the finest enchanted garment for those magical winter days.

The Geek Fuel December box also has a Marvel item! 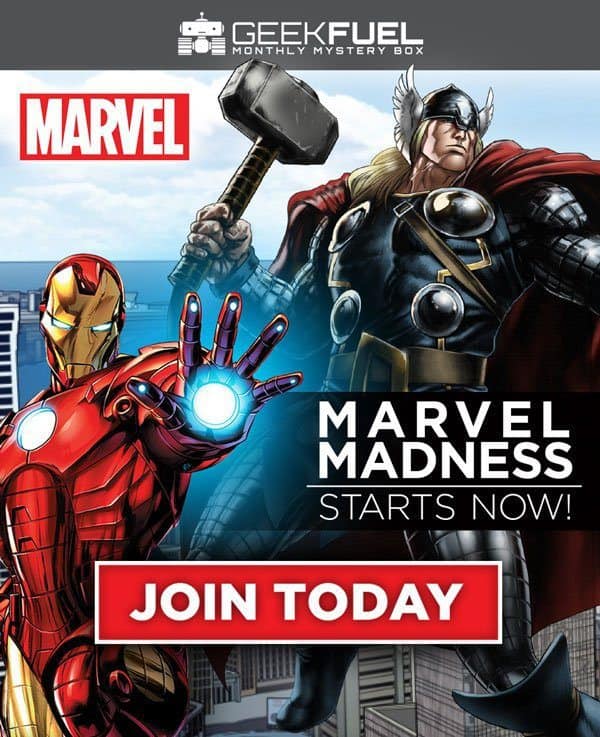 Feeling a bit cyberpunk lately? Good, because we’ve got just what you need to get your retro-futuristic cyborg fix. Robocop is in the December box and ready to protect and serve. You have twenty seconds to comply!

Order your December Geek Fuel Box before it sells out! Subscribe today to reserve your Geek Fuel December 2016 geek box!

Are you excited about the December Geek Fuel box spoilers?

For a limited time, join Geek Fuel today and get a 3 FREE STEAM video games in your first box.

Want a discount instead? Click here to save $3 off your first Geek Fuel monthly mystery box for geeks and gamers. 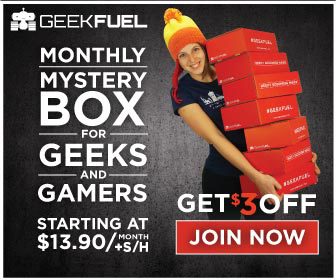 Sign-up for a 6 or 12 month subscription and get a FREE bonus item or bonus pack worth up to $30!