We hope you have fun placing the items in this kit around your home, finding that special spot for each one where it can set off the items around it. See just how far a few choice pieces can go in accenting the tone of a room.

These items are small, yet speak volumes. Wrought with ancient technique from the earth’s most elemental materials, wood and bone. Sustainably sourced, your new pieces encapsulate the history of India, fusing ancient beginnings with a thriving present.

Box, candle holder, coasters, tray—this collection is a matching set, so consider placing the items in proximity, allowing their material and design to echo each other from across the room. 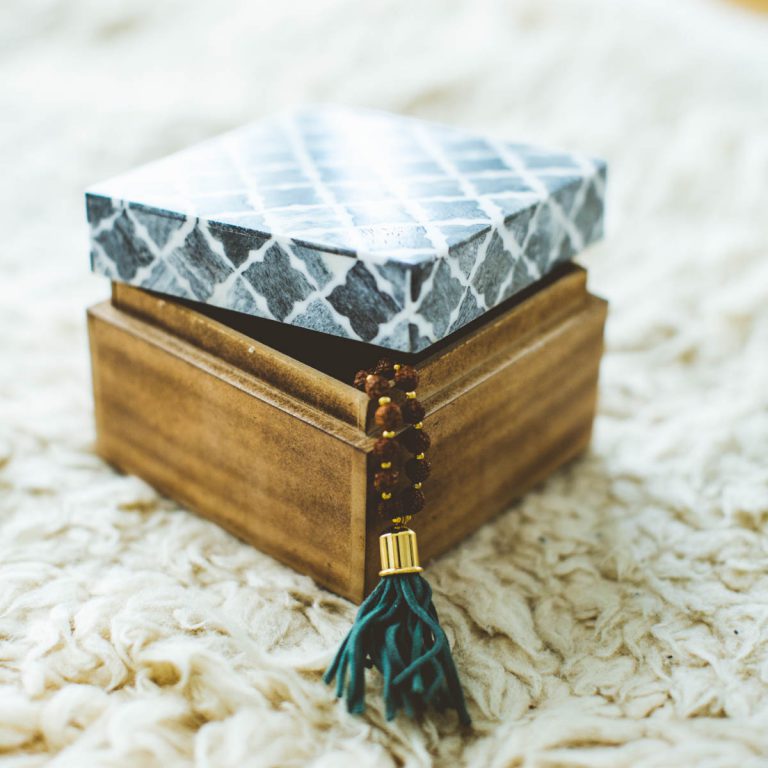 Material: Wood and upcycled bone, Dimensions: 4″ x 4″
Suggested use: Fill with candy, photos, playing cards, your haphazard coin collection, or some other treasure. 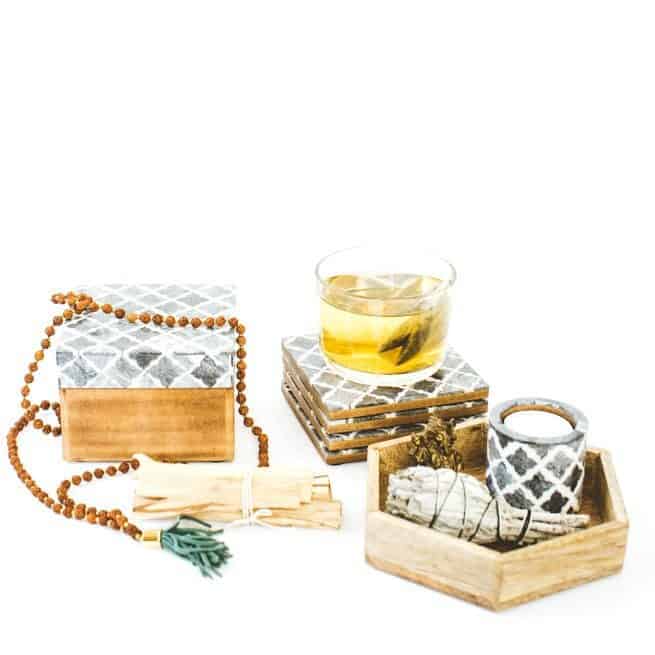 August Artisan Box options are available for all active subscribers in their subscription settings August 1st – 5th. What do you think about the August 2017 GlobeIn Artisan Box theme and spoilers?