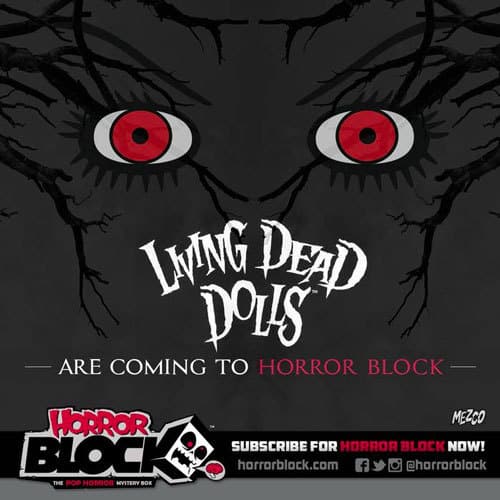 Horror Block is a monthly pop-horror subscription box delivering a limited edition horror t-shirt, horror toys, collectables, and more to your door every month. We have our first January 2015 Horror Block box spoilers!

Each Horror Block January 2015 Block will have an exclusive Living Dead Dolls figurine!

This month, we teamed up with Living Dead Dolls to include an exclusive figurine!

Horror Block has also shared that the Horror Block January 2015 Block will contain not one, but TWO shirts! 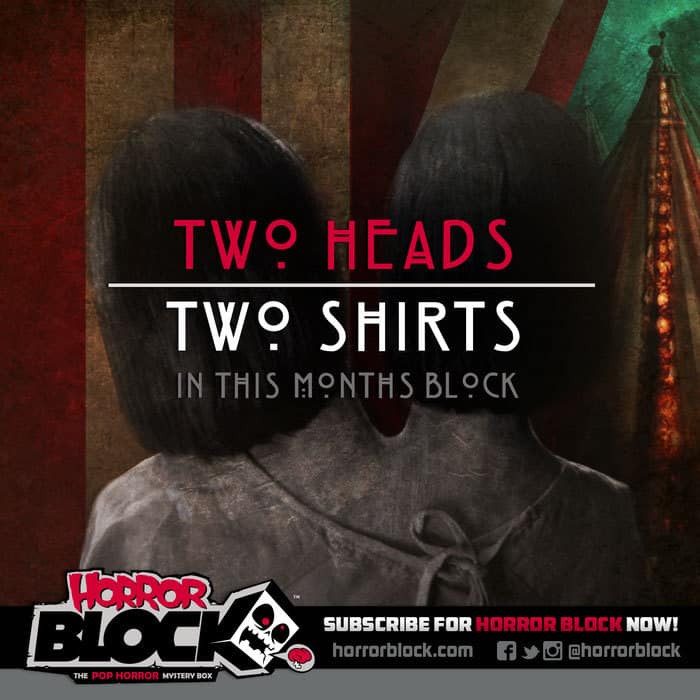 This months block will include two t-shirts! Don’t miss out on this block, it’s going to be good.

Are you excited for the January Horror Block box spoilers?