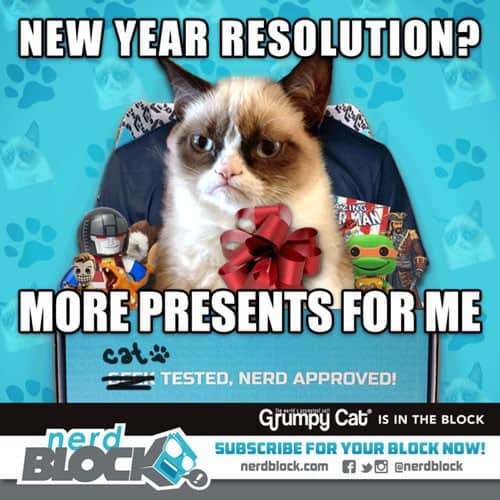 This month’s block will feature a Grumpy Cat item. We know that it doesn’t really fit the theme; we tried to get the cat out of the block, but she refused! We think you’ll get a real kick out of this item!

Which Nerd Block Classic January 2015 box spoiler are you most excited to receive?