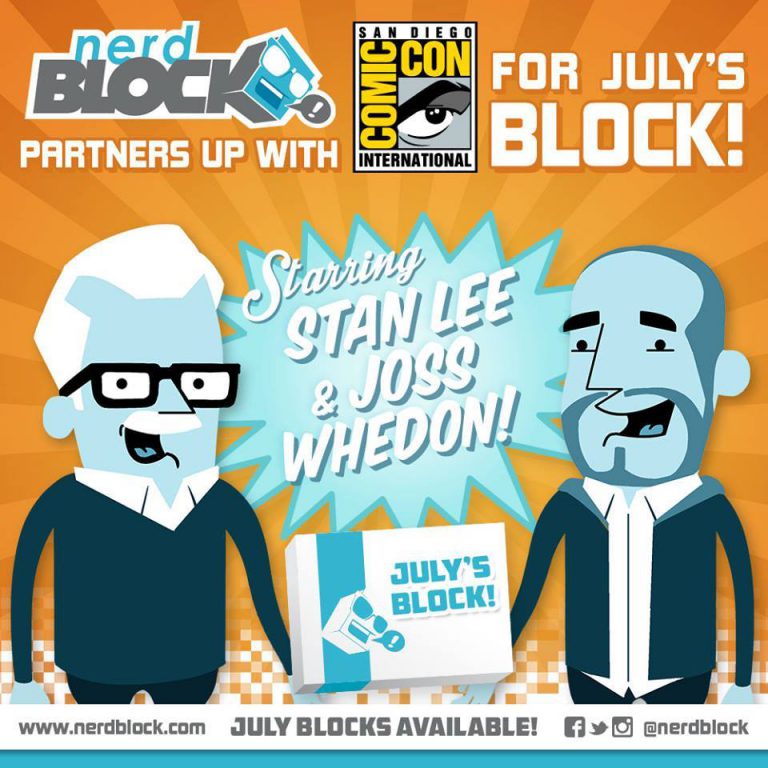 The July 2014 Nerd Block will include TWO Star Wars items, in addition to several non-Star Wars items. In addition, this month Nerd Block partnered with San Diego Comic-Con International and the July Block will feature one SDCC related item. (Hint: both Stan Lee and Joss Whedon play a role in the SDCC item and it may be related to a desk collectable!)

July’s Nerd Block will not only make you feel like you’re at Comic-Con, it will also give you a first hand look at what it’s like to attend the world’s most anticipated all-things-nerd celebration!

Every month, one Nerd Block subscriber is randomly chosen to win that month’s Mosnter Block. 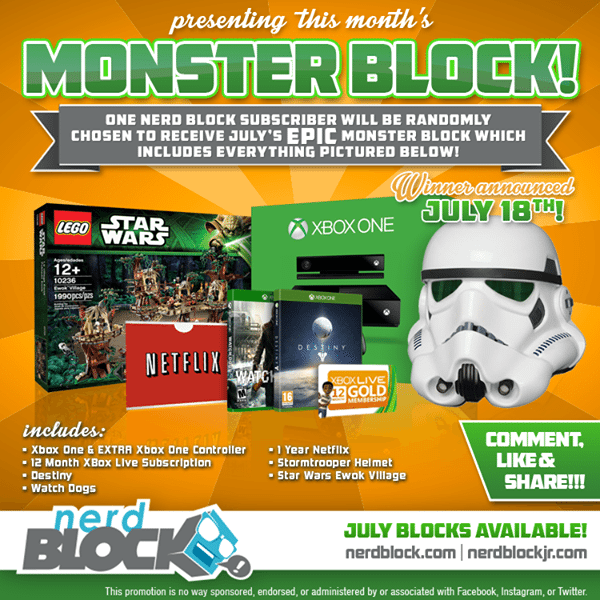 Are you excited to get your July Nerd Block box?