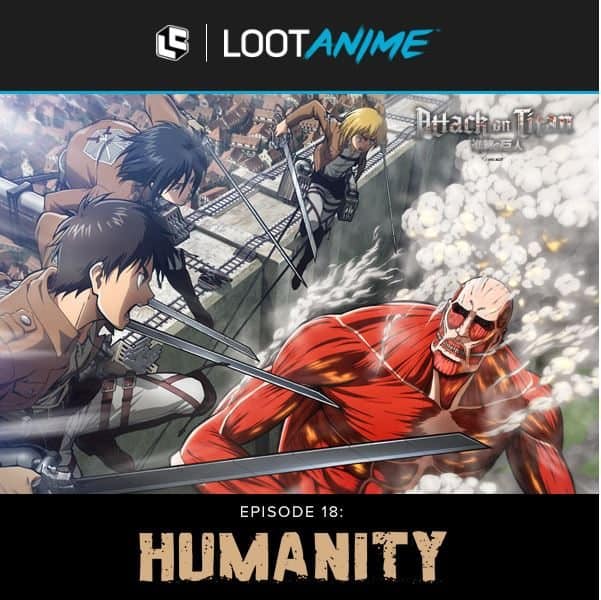 Flesh-eating giants… Pirate mercenaries… Zombies… No matter the challenge, HUMANITY is always ready to fight back!

Loot Anime has announced spoilers for the Loot Anime Humanity crate box spoilers. The Humanity Loot Anime crate has an exclusive t-shirt and an incredible anime figure. This month’s anime franchises include Attack on Titan, Black Lagoon and School-Live!

The world has been challenged. Danger and destruction may have reigned but there’s always hope! We explore the many ways HUMANITY will persevere with Attack on Titan, Black Lagoon and School-Live!

Which Loot Anime April Humanity crate franchises are you excited about the most?