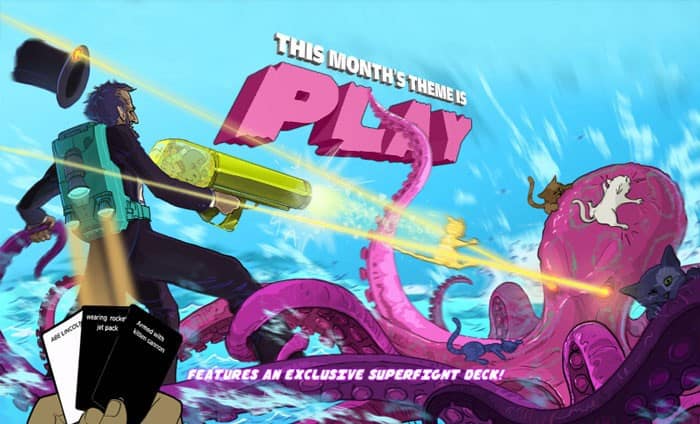 The Loot Crate February 2015 PLAY crate will include an exclusive Superfight Deck!

Honest Abe Lincoln with a Jetpack and Kitten Cannon vs. a Giant Octopus! It’s the former President’s birthday and he’s here to protect us from the wrath of a freakish cephalopod!
You can experience this and 1,000s of other crazy battles with the Loot Crate Exclusive Super Fight Deck that’s included in February’s PLAY Crate.

For a limited time only, receive a $12.95 value FREE bonus gift with any new or reactivated Loot Crate subscription. Use code JOINTHEEMPIRE or code NOGOODTOMEDEAD to receive your free gift at sign-up.

What do you think about this exclusive February Loot Crate spoiler?