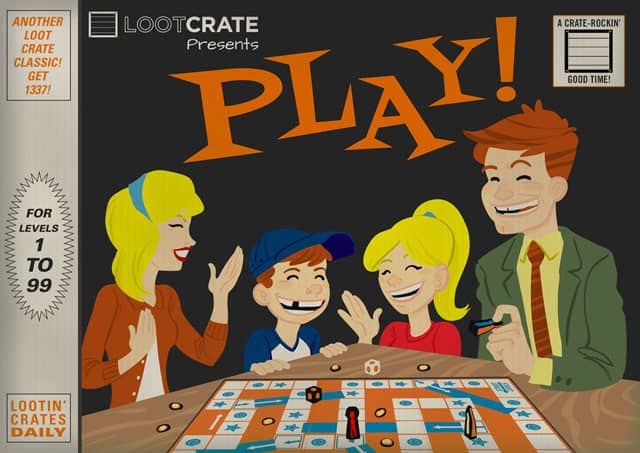 The Loot Crate February 2015 theme is: PLAY! The February Loot Crate will feature the fun games we love to play.

From tabletop to video, board games, card games, RPGs, desk toys and more, we have put together a crate that celebrates both the boundless levels of adventure, creativity and excitement that great gaming can bring.

We also have our first box spoilers for the February 2015 Loot Crate! The Loot Crate February Crate will feature a Loot Crate EXCLUSIVE EDITION of a popular tabletop title and a vinyl collectible figure from KidRobot.

Every month, Loot Crate randomly selects on subscribe to win that month’s Mega Crate. The February Mega Crate features items for both retro and cutting edge PLAY and is worth over $2,000! 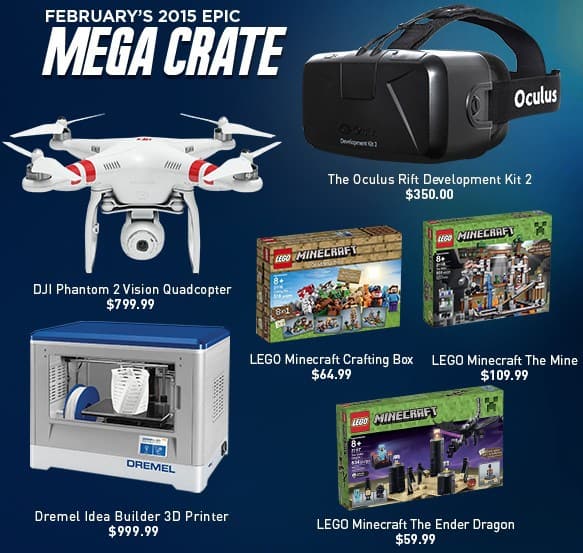 Don’t miss your January Loot Crate box for geeks and gamers! For a limited time, use coupon code NEWS3 tosave $3 off your first Loot Crate box or use code FINDBOXES to save 10% off any Loot Crate subscription.

What do you think about the February 2015 Loot Crate box spoilers? What are some of your favorite games?